The 21-year-marriage between former Nairobi Governor Mike Sonko and his wife Primrose Mbuvi, may be facing problems if their posts today online are anything to go by. The couple has been hinting on the unfortunate situation and it was the flashy politician who first took to his Facebook account, and posted nuggets of advices seemingly to support infidelity.

In his advice he touched on the aspect of marriage life and cheating.

While Mike Sonko acknowledged that in the event that a man cheats, the first wife should also be given respect and not be divorced because of the side chick, he also advocated for the man to keep them both but still respect his first wife.

He said " In my opinion a man cannot divorce his wife who's the mother of his children and whom they have suffered together for many many years for a side chick or a second wife. He better keeps them both as 1st and second wife or side chick etc etc, and on top of that give maximum respect to the 1st wife". 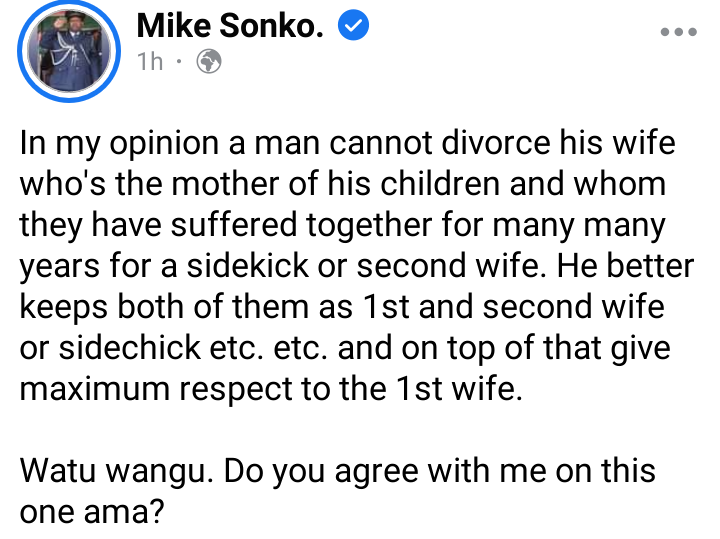 However in a move seemingly to respond to his post, his wife Primrose Mbuvi also took to her Instagram account to respond in a hurting demeanor.

Taking to her Insta stories she posted several screenshots of quotes hinting that she was against her husband's school of thought with regards to marriage and infidelity. 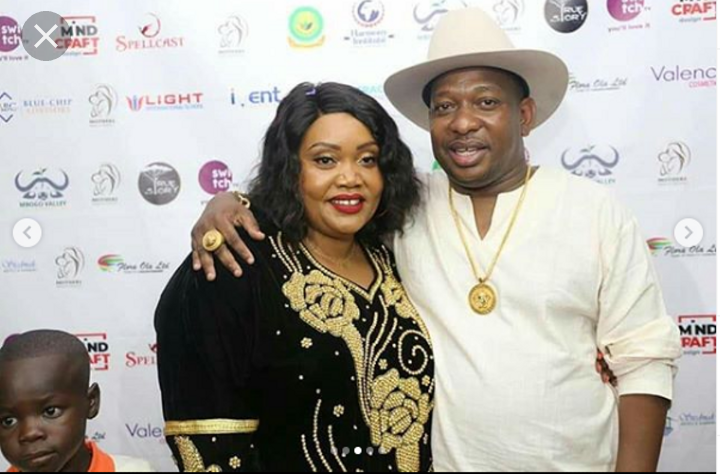 Infact the quotes were all against cheating in relationships, and supported the wife instead of the side chick.

One of the quotes read;-

" WE MUST LEARN WHO IS GOLD, AND WHO IS SIMPLY GOLD-PLATED"

" Not all that glitters is gold. Not all that shines is a star. A rotten egg is known when the eggshells shatter".

" MY SILENCE IS FOR PEACE NOT BECAUSE I HAVE NOTHING TO SAY!"

" I ASKED A MILLIONAIRE HOW DID HE DO IT, HE SAID FORGET ABOUT THE GIRLS AND FOCUS ON ONE WOMAN, SHE'LL HELP YOU ACHIEVE EVERYTHING" 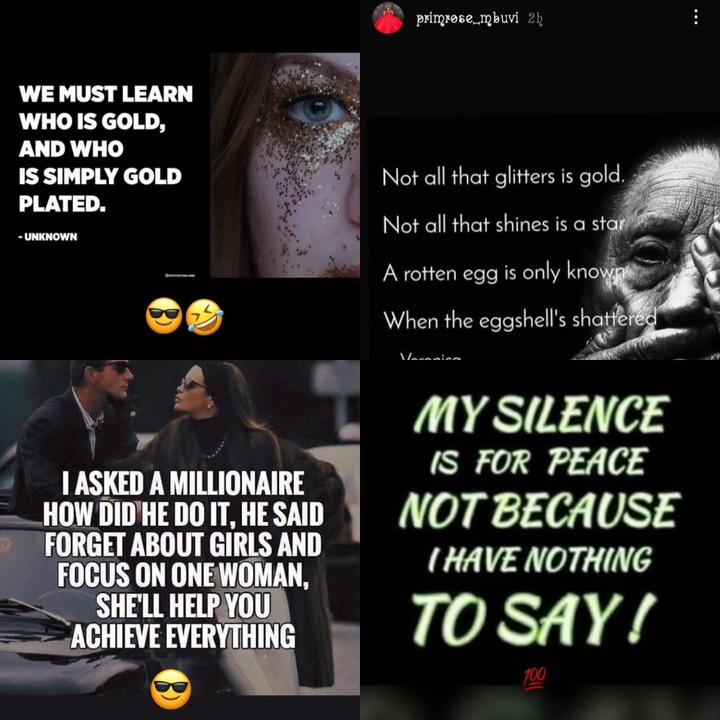 From her painful posts one could possibly argue that she was responding to Mike Sonko's post on infidelity and was against it.

Through them Primrose Mbuvi also hinted that all is not well with their relationship right now, and the main reason may be due to infidelity.

This is not the first time that the former Nairobi Governor has supported philandering by husbands, he has on several occasions also done so like in 2019 when he also aired his views seemingly to support it.

He also previously reportedly admitted to be polygamous and having two wives in 2016.

However Mike Sonko has been married to Primrose Mbuvi for 21 years and she is the mother of his last born daughter Sandra Sonko.

However he also had another wife Njeri Wangui who unfortunately passed away in 2008. The late queen was the biological mother of his first daughter Saumu Mbuvi. 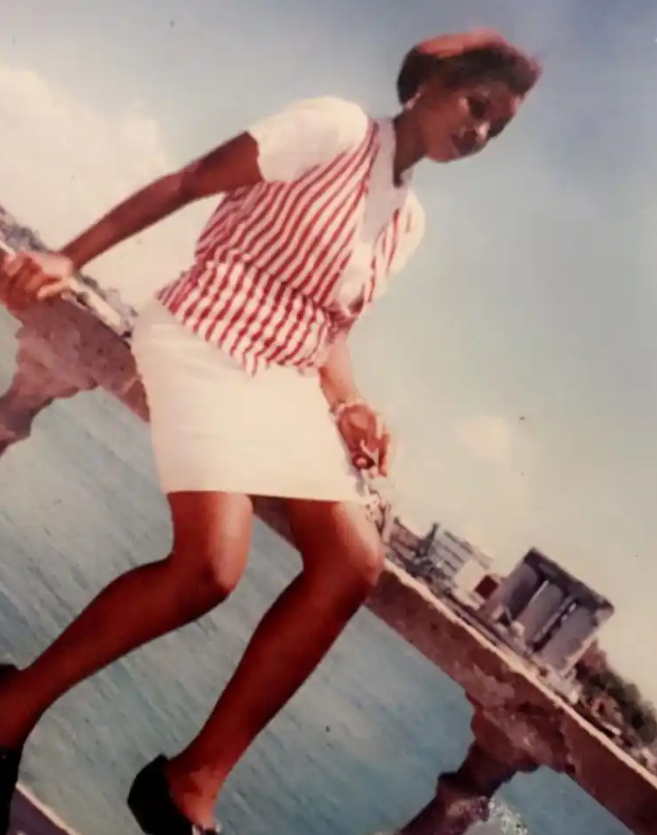