By Newsflash_KE (self meida writer) | 12 days

Kenyan socialite Faith Makau alias Amber Ray have been bashed by her followers after making an update on Instagram. Amber Ray made a post listing ten billions who most of them have been divorced. The socialite stated that truly money is not everything. Amber Ray wrote that she got sleepless when she realized that money is not everything but got relaxed when she saw that the problem only starts at billionaire level. This elicited mixed reactions from her followers as some of them asked her if now she wants to become president of the divorced after being president of second wives. 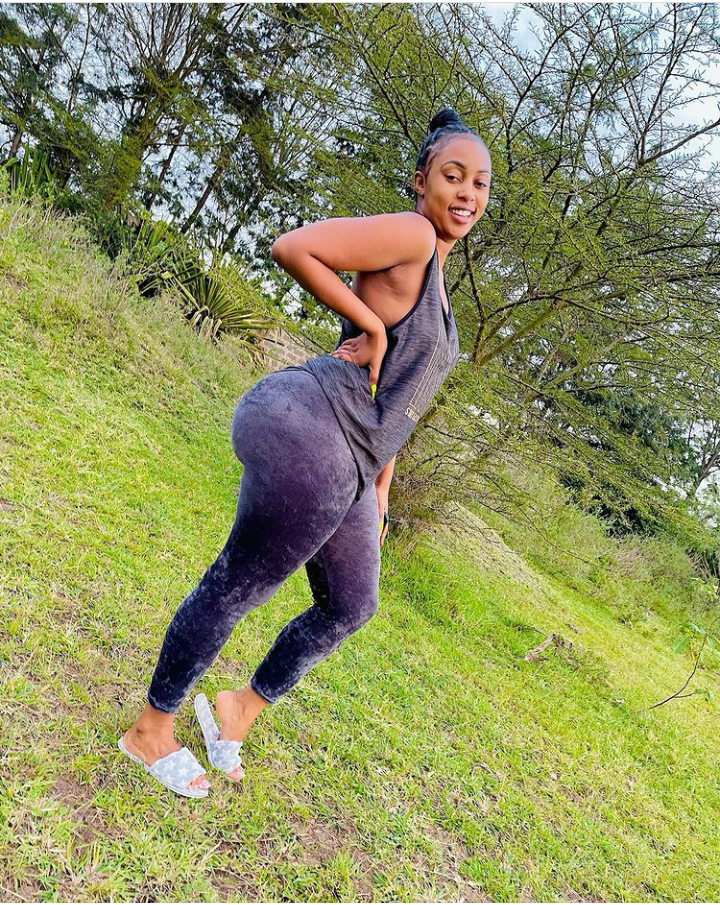 According to the socialite's post, she is on the safer side as she is not yet a billionaire. Amber claimed that only those who are billionaire like bill gates, Larry Ellison, Jeff Bezos, Elon Musk, Bernard Arnault, Amancio Ortega and Sergery Brin are the ones who are affected. The business woman claimed that billionaires are the only ones with love problem and given that she has not reached that level, she has nothing to worry about. 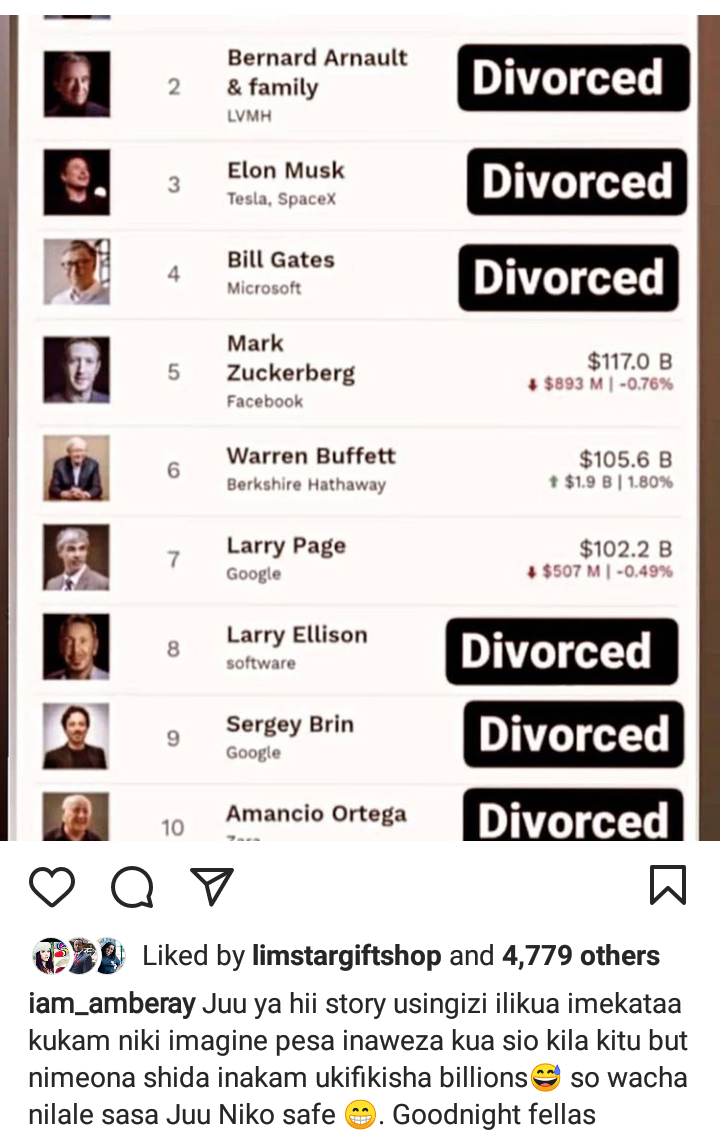 Amber Ray caused controversy online after posting this as many of her followers flooded the comment section. The socialite's followers assumed that Amber Ray had been dumped by Jimal as they are now not posting each other. Therefore, they asked Amber that after dropping her tittle of president of second wives does she now want to be referred to as the president of the divorced?

Some of the followers reminded the socialite that her time to shine with Jimal has now ended. They urged her to look for love elsewhere. The mother of one was advised to look for a single man now not a married man like she did previously. Here are some of the comments: 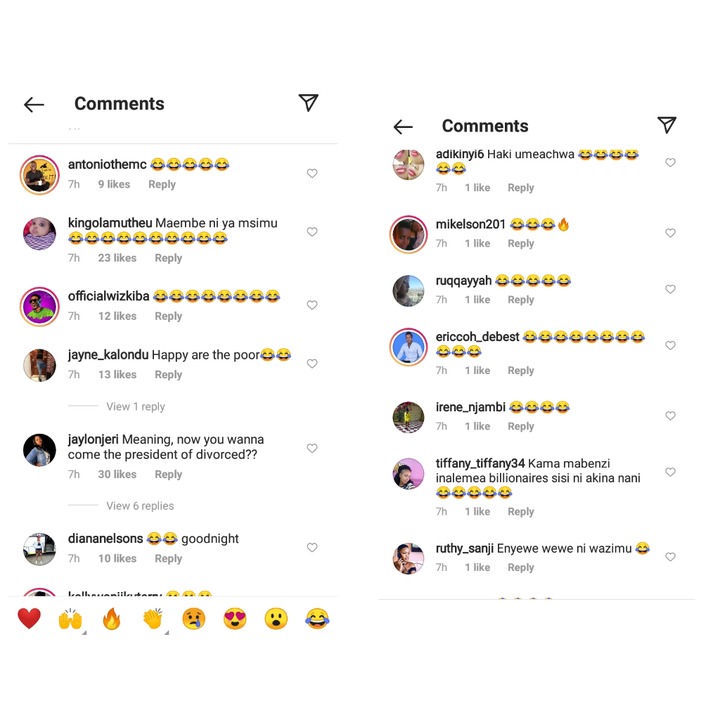 Content created and supplied by: Newsflash_KE (via Opera News )

What Leaders Should Learn: A Home Of President Now A Home Of Snakes, Rats, Gecko Lizards And Birds