A video has surfaced on social media platform capturing a moment as a bride was stunned after her ex-boyfriend stormed her wedding after a long time of breakup. According to the video which has gained online prominence, it was revealed that the lady had left the man due to the fact that he was broke and was unable to take care of her needs. The woman later found another man who they planned to have a wedding. However after the man was dumped by her, he put more efforts in his work to change her life and also to prove to his ex-girlfriend that he was able of changing her entire life and make something worthwhile for himself. 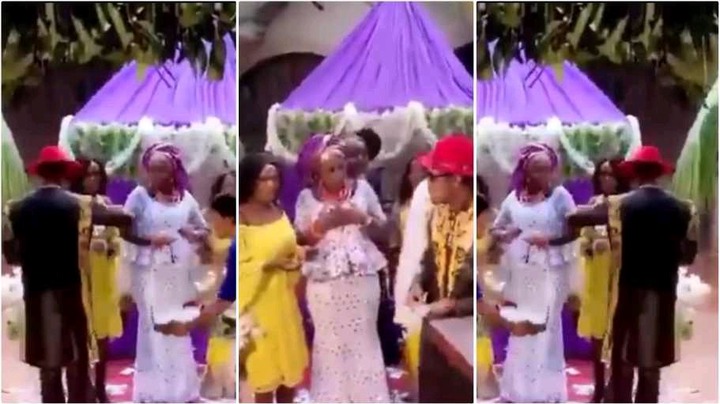 The man after gathering some money, he decided to storm the wedding of her former beloved girlfriend and he sprayed some cash as he told the former girlfriend that her decision to belittle him was wrong, regrettable and immature. The lady expressed her guilt on her face. Watch the video. https://www.instagram.com/p/CVI8hAkD_no/?utm_source=ig_web_button_share_sheet