By Cpatterson (self media writer) | 6 months ago 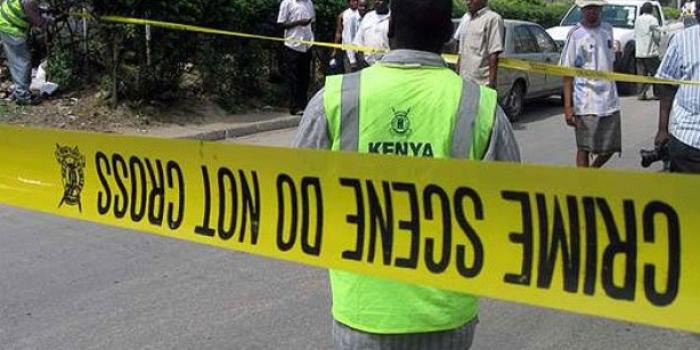 Police at a crime scene(source.facebook)

A middle aged man died while being rushed to hospital after imbibing poison in Kalani, Kitui central sub county of Kitui county.

The man had had an altercation with his parents who refused to approve his marriage to his lover with whom they have kids together.

After talking to the mother of his kids about his parents decision they could not come to an agreement.

He therefore took the kids and gave them to his wife at Miambani market and told her to take good care of the kids.

The frustrated man decided to end his life by taking poison.

Family members heard his groans and went to check up on him.

He was first rushed to Miambani dispensary for first and before being referred to Kitui Level four hospital.

However, he didn't make it to the facility as he died on the way.

"The wife is a tailor at Miambani and the two and argued because his father doesn't want the woman. The woman swore she won't go back to that home if the parents don't want her," said a witness.

"The man told his wife that he was going to kill himself but she thought it was a joke. He bought poison and went home,took their two kids and brought them to the woman before heading back to kill himself. We rushed him to the hospital but he didn't make it," he added.