When Men Cheat On Their Partners, Women Make 3 Mistakes

By www.bestdigitalhub.co.ke (self media writer) | 13 days ago 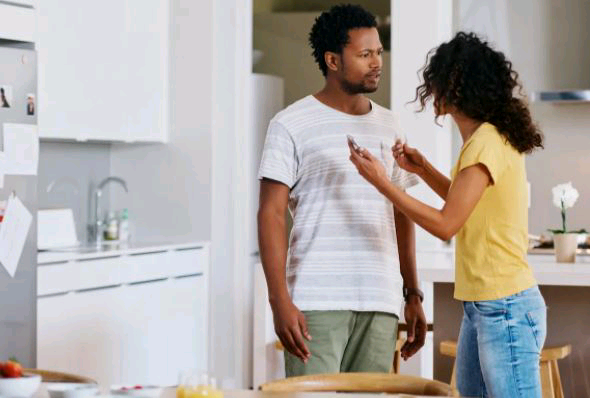 Sometimes we fall in love with someone blindly and unconditionally. We adore them so much that we can't picture our lives without them, and when they betray us, we are so crushed that we can't comprehend anything.

If a man cheats on you, though, he should be kicked out of your life right away. It's pointless to blame yourself or hope that he'll change. Allowing him to take advantage of you is not a good idea.

1. You delve into the subject and want to learn more.

It's pointless to inquire or conduct further research once and for all. Don't give yourself the false hope that you misheard something or that all of your evidence is incorrect. Digging deeper will only make things worse. As the saying goes, it's sometimes best to be unconscious of certain things. Do not confront the female with whom he cheated on you, and do not inquire about your partner's involvement with others. Instead of investigating, accept the fact that it is time for you to cut him out of your life and go on.

2. Putting the blame on the woman with whom he is having an affair.

Yes, the woman who attempts to steal the man of another woman has reached her lowest point. But blaming her is pointless because she is not the person you trusted. You put your faith in him and believed every word he said. He is the one who should be held accountable. Because he took a step toward another lady without considering you and your connection. He's the one who's turned cold and cheated on you. Never believe that he cheated on you because the other woman was better than you; instead, believe that he cheated on you because he was dishonest and narrow-minded.

3. You alter your personality in order to remain with him.

Your mind will keep telling you that it was your flaws that caused him to flee, although in reality, this is not the case. Instead of going somewhere else to settle your problems, it is the obligation of both partners to sort it out and make amends to each other when there are problems in a relationship. Immaturity manifests itself in the act of avoiding challenges. And he was the one who fled, the immature and cowardly one. So, don't try to change yourself for a man or a relationship who isn't worth your time.

If someone ever undermines you, try not to make the three most common mistakes since they will only make it harder for you to recover from the mistake he did. Declare to yourself that you are superior to and better than anything he has to offer, and never look back.