By Kenyannews (self media writer) | 3 months ago

A rare drama ensured at Mutomo village Kitui,after a father made his daughters boyfriend to do construction works at his home forcefully.

According Taifa Leo,the young man identified as Mutinda reportedly went to the girls home to pick her so that they could go out for a date when the unexpected happened to Him. 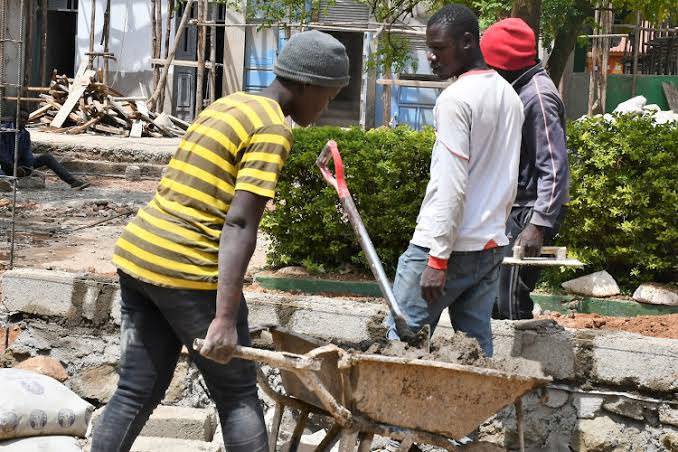 Prior to his visit,the girlfriend had warned him not step his foot at his parents home,because the father is a no nonsense man and would not tolerate him.

"My father is very Fierce,if you visit our place and I tell you you will regret your actions, please Don't dare"The girl pleaded with her boyfriend.

However,he gave lover's warning a deaf ear, claiming that he was ready to prove to her dad that he loved her.

On the material day,he went to the girls home but on reaching the gate he was filled with fear and remained standing contemplating on whether to enter the compound or not.The girl's father saw him and invited him to the house reminding him that he was aware why he had visited them.

His joy of seeing the love of his life,was short-lived when father-in-law to be, locked the date and ordered him to join a labourer who was doing construction works within the compound.

He obeyed the order without questioning and joined a mason at the site where he was made to mix cement,sand and ballast until late in the evening.

When he was released,the girls father ironically mentioned to him that if he was interested in marrying his daughter then he should appear to his home the next day at 9:00 am.

He left the place tired and from that day he halted communication with the girl.

Dear what would you have done if it was you?.The story is meant for entertainment and the same time it has a moral lesson that the unmarried men should learn. 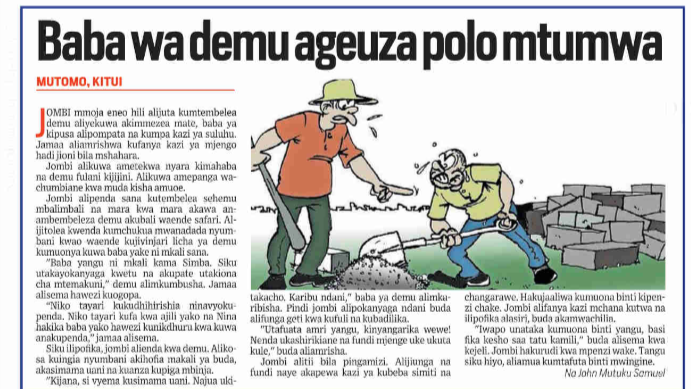