By Bettyokoko (self meida writer) | 21 days 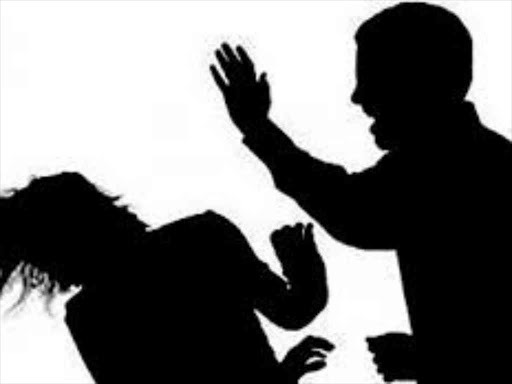 Gender based violence has been on the rise recently in Kenya for various reasons. Let me tell you why the abused still stay in the relationship even after being abused severally. One of the reasons is the fact that many people who go through this kind of violence are in denial. They don't believe that they could get better partners than the ones they have. They keep telling themselves that their partners will change. Another reason is lack of self confidence, not believing that they deserve better. They have gotten used to their situations for so long that it is bearable for them.

Various things lead to gender based violence, some are petty while some are grave. One of the reasons is infidelity in relationships, where either of the gender cheats. This is very grave because from infidelity comes with some diseases. The partner that gets cheated on might contract a disease. In an attempt to seek revenge they will start being abusive. Another reason is the abuser might have come from an abusive family which affected him/her while growing up. As a result of their background, they might not know how to handle the other gender. They tend to handle them the way they saw their parents handle each other which was in an abusive manner.

Another reason might be lack of compatibility in relationships. When people are not compatible, they tend to differ in many ways. Their way of thinking, their priorities ,goals among others just don't see eye to eye. This creates a lot of misunderstanding that might lead to lack of respect intentionally or not. Where there is lack of respect, creeps in the belief to beat in order to instill discipline on one's partner.

There are ways to overcome gender based violence when you have gone though one. If your partner is abusive, make sure to report to relevant authorities such as an SMS to 21661 (FIDA). You should cut all ties with the abuser, probably change your contacts. Seek a professional help because some of them become so traumatic to deal with alone. Lastly take care not to find yourself in such a relationship ever again. That means you should read the signs early enough. Just by pointing a finger at you is a sign enough, run.

People just don't find themselves in an abusive relationship. There are so many red flags that you overlooked while starting the relationship. People just don't change all of a sudden, meaning you did not take into consideration some factors. Remember to take all the time you need to learn someone when in all kinds of moods. That will really help to avoid getting surprised in the future when something serious happens to you. You deserve better, keep telling yourself that.

Content created and supplied by: Bettyokoko (via Opera News )

Dear Men; Do Not Do These Things Once She Is Pregnant

A Prayer For Trusting God To Heal