As opposed to polygamy, polyandry is a type of marriage whereby a woman has several husbands. This is set to be legalized in South Africa if a bill by the Parliament passes.

In regards to this, Mike Sonko has elicited mixed reactions after he posted on his Facebook page that he was fully in support of the motion.

The impeached Governor claimed that polyandry is already being practiced in the country even though the government is unaware.

He said that the main reason he supported the controversial ruling is that 'Team Mafisi' wifes will marry many husbands, thereby creating a tit for tat situation because in the past only men married many wives. Sonko said that men should also feel the pain women felt when their hubbies married another spouse. 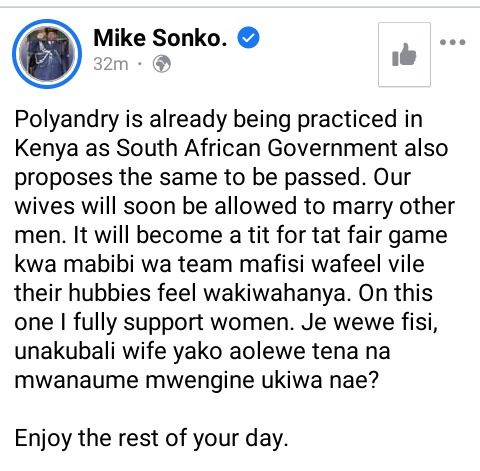 "Polyandry is already being practiced in the country as South African Government proposes the same to be passed. Our wives will soon be allowed to marry other men. It will become a tit for tat fair game kwa mabibi wa Team Mafisi wafeel venye their hubbies feel wakihanya. On this one, I FULLY SUPPORT WOMEN," Mike Sonko posted.

This has led to mixed reactions from a section of Kenyans who reacted to the post. Most claimed that polyandry was an immoral act of the highest order and it was a demonic deed. They claimed that in fact it was prohibited by God in the Bible and Quran.

With the current increase in Gender-Based Violence, most Kenyans felt that Introducing polyandry would only increase the number of murder cases.

Johnny: "I see no problem with polyandry. Kenyan women have been practicing it long time ago since in Universities."

Kilunda23: "This is immorality of the highest order. Shetani Ashindwe!" 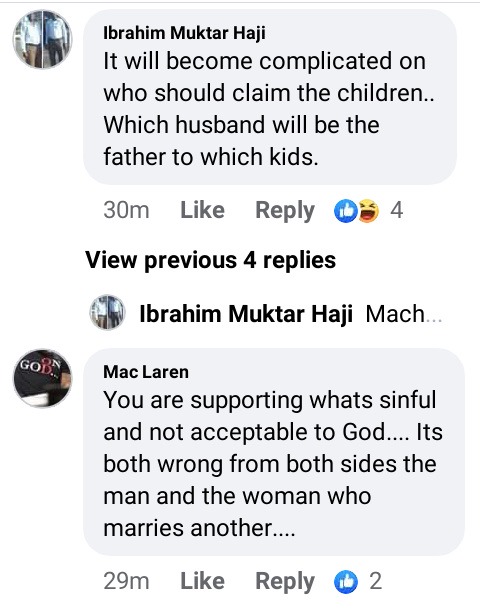 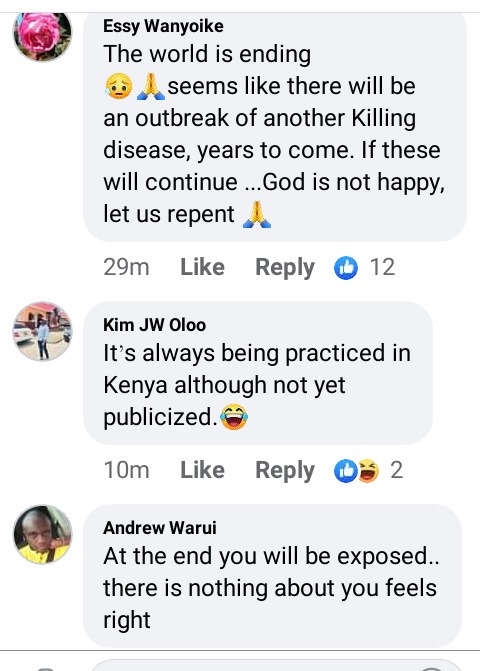