By TheInformer (self media writer) | 4 days ago

A man from Kitui identified as Bernard Musyoki has revealed how he met his 70-year-old 'Mzungu' lover. Musyoki told TUKO News that he met her alleged lover through the use of social media and specifically facebook. 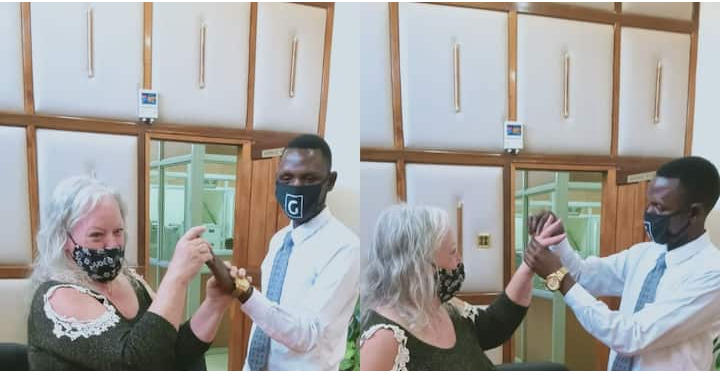 He first sent her a friend request and after one week she accepted it. The woman who has been identified as Deborah Jan was asked by Benard Musyoki if she can marry him through facebook. She accepted the proposal and exchanged vows before they even meet.

The woman visited him in December 2020 and they spent a good time together but they promised each other that they will remain pure until they get married officially. After their wedding, the woman returned back to United States of America but Musyoka believes that one day he will get a Visa to visit her in U.S. 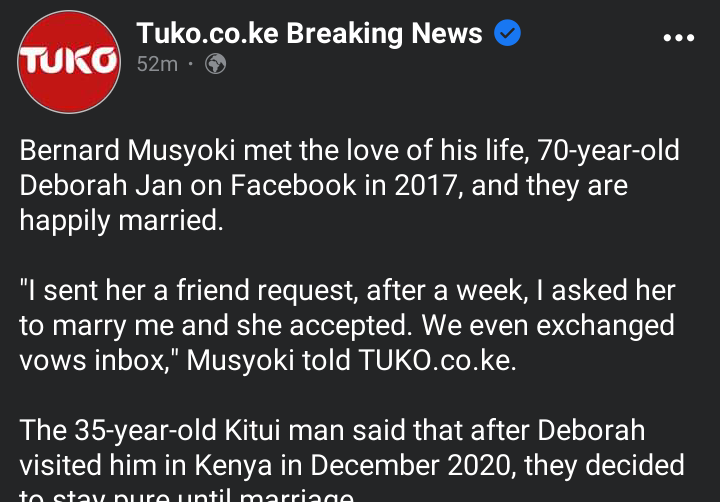 He has admitted that he truly loves her but some people usually think that she is his sponsor. Others questioned on how they will be able to get children of their own since the lady has passed the child bearing age.

On the other hand, Kenyans criticized him saying that it is an abomination to marry a woman older than your mother but instead, he should respect them. Therefore, they have advised him to leave the woman and search for a woman of his age bracket. Here are their reactions. 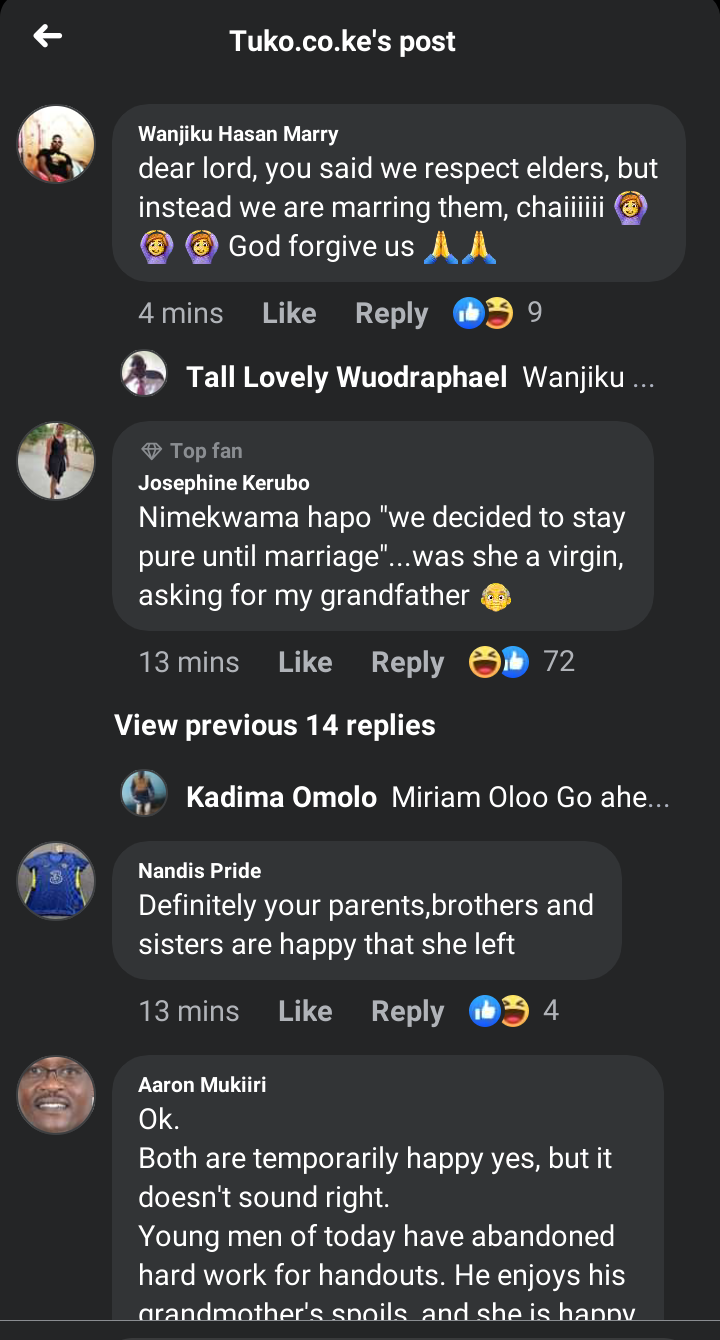 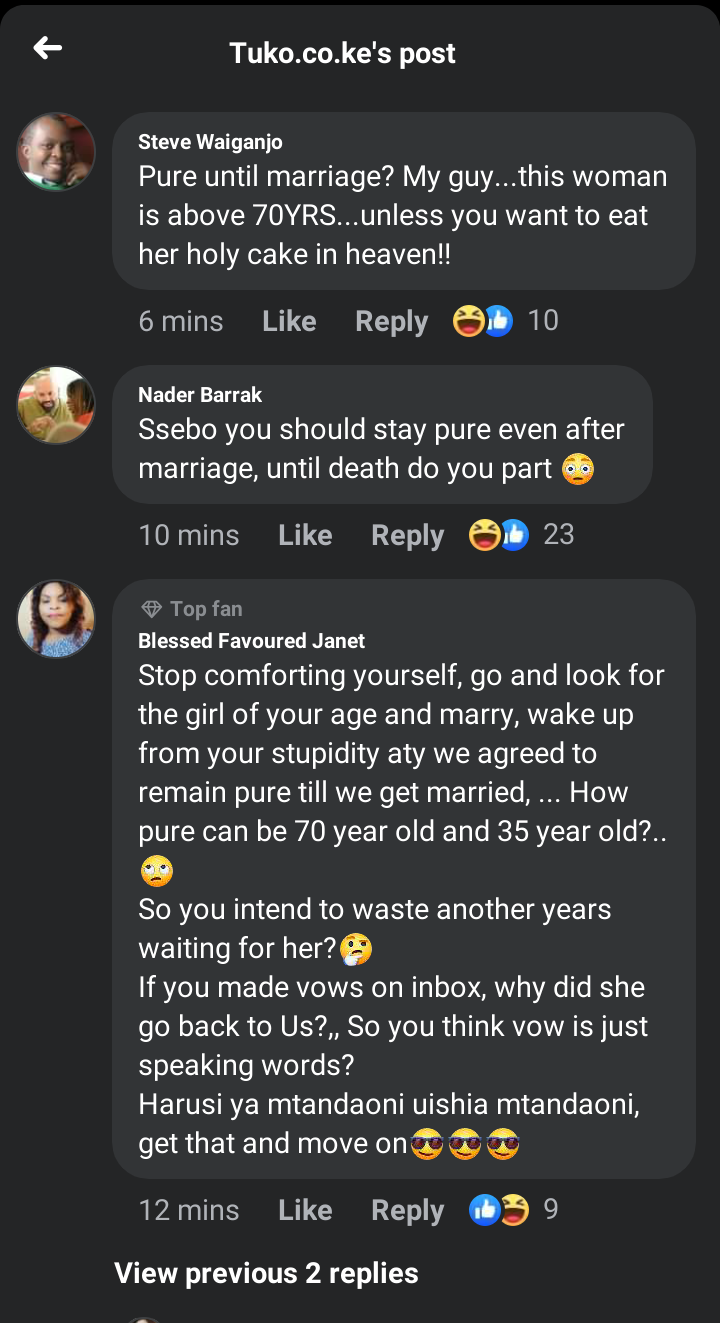 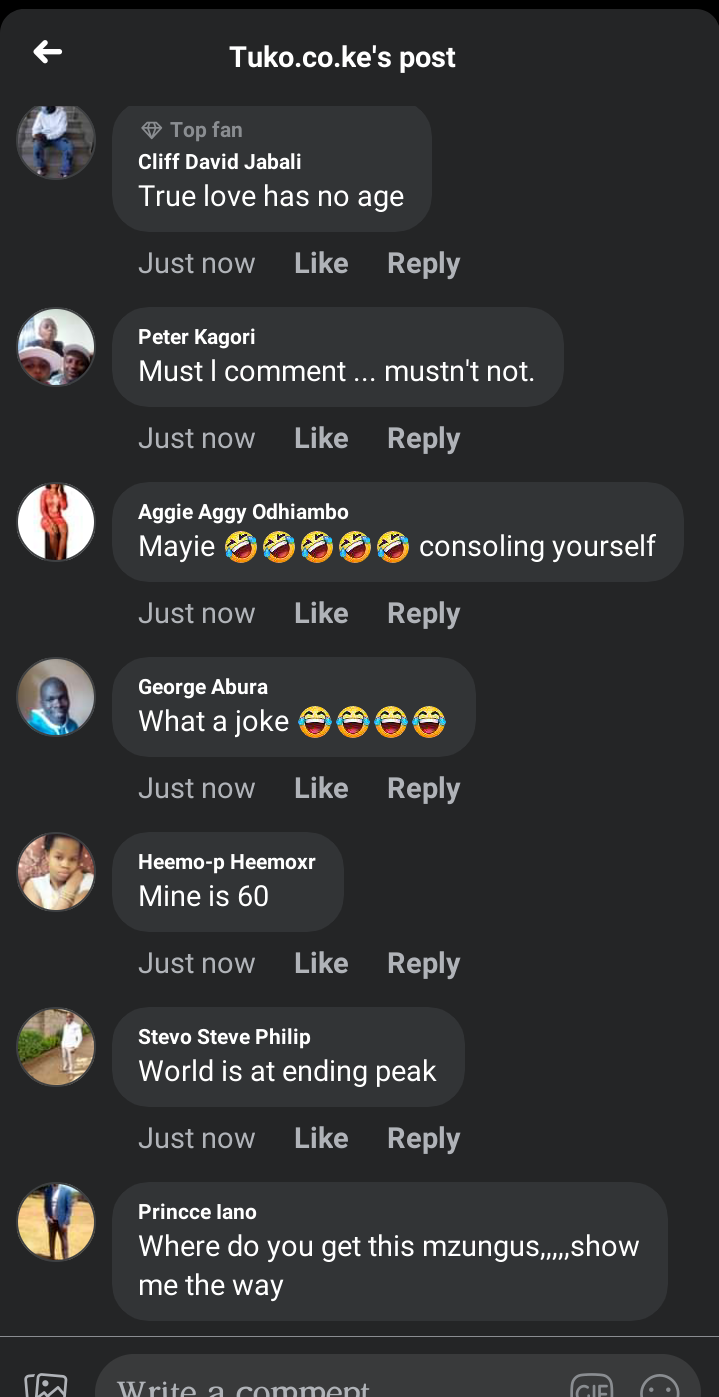