By GlobalThirdEye (self meida writer) | 28 days 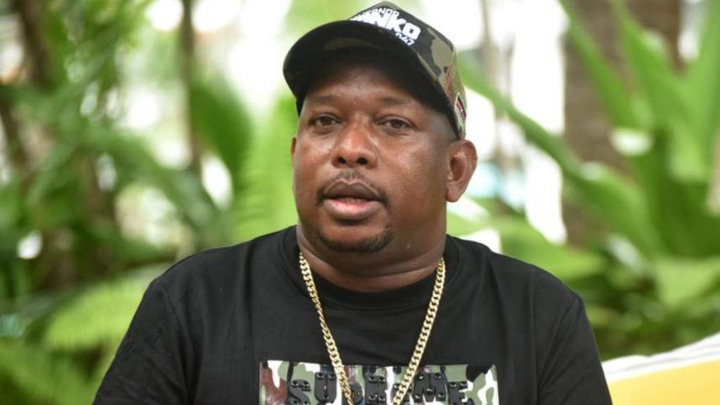 Nairobi ex-governor Mbuvi Mike Sonko has left many of his fans talking after endorsing polyandry marriage practice in Kenya. In this setup, a woman is allowed to be married to more than one husband, at a time.

Taking to his Twitter page while noting that the South African (SA) government is about to legalize the said controversial type of marriage 'polyandry', Sonko has said that he strongly supports that. 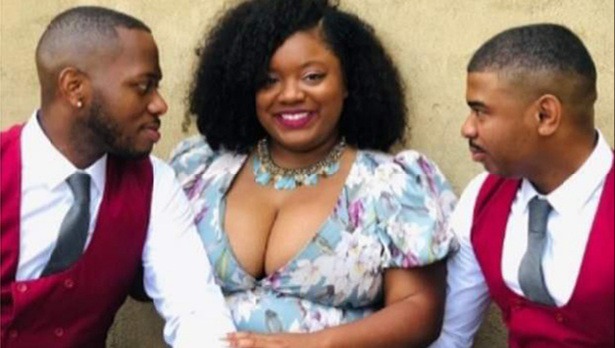 According to Sonko, tit for tat game is ever fair hence Kenyan women including his wife should be granted the same opportunity to enjoy themselves as well.

"Our wives will soon be allowed to marry other men. It will become a tit for tat fair game, on this one I fully support women.", reads part of Sonko's Twitter post.

Kenyan societies rarely practice polygyny marriages, where only men are permitted to marry many women or wives at a time, but not vice versa, polyandry. 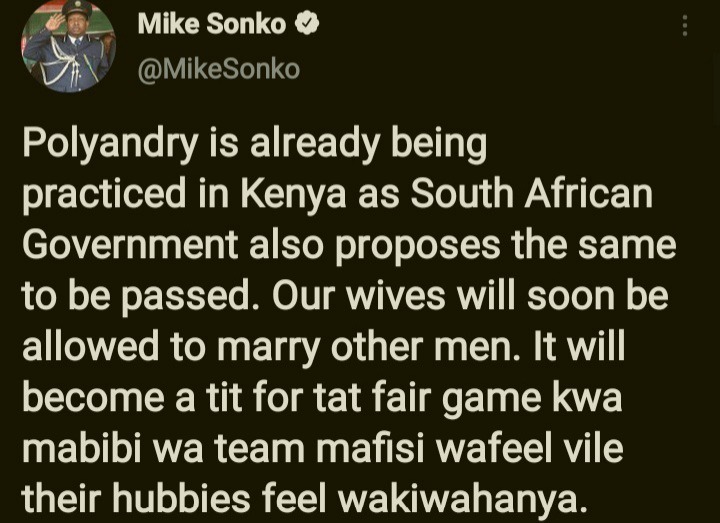 While reacting to the post, many fans outrightly didn't agree with Sonko. Some termed polyandry marriage dangerous and chaotic, arguing that men can't put up with the jealousy of seeing their wife with other men.

However, Sonko finds it possible and okay. Can you be his wife's second husband or can you allow your wife to married to another man? Share your thoughts with us. Below, see reactions sampled from the post. 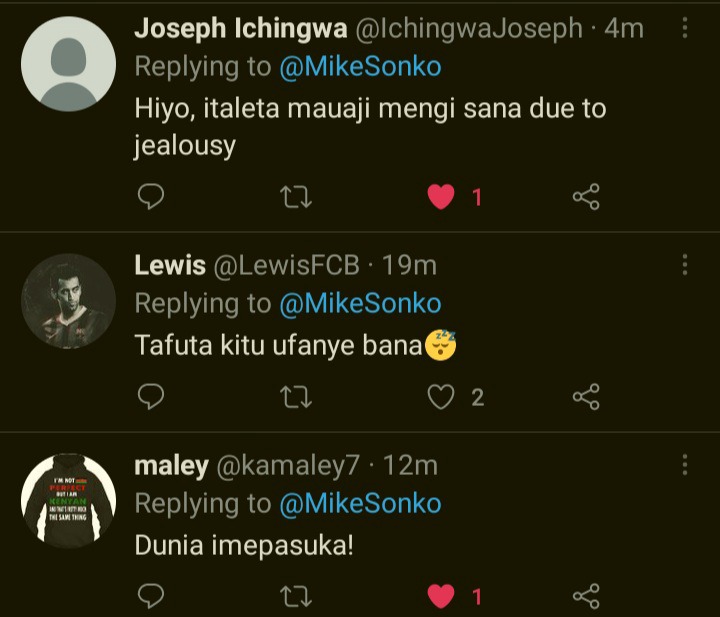 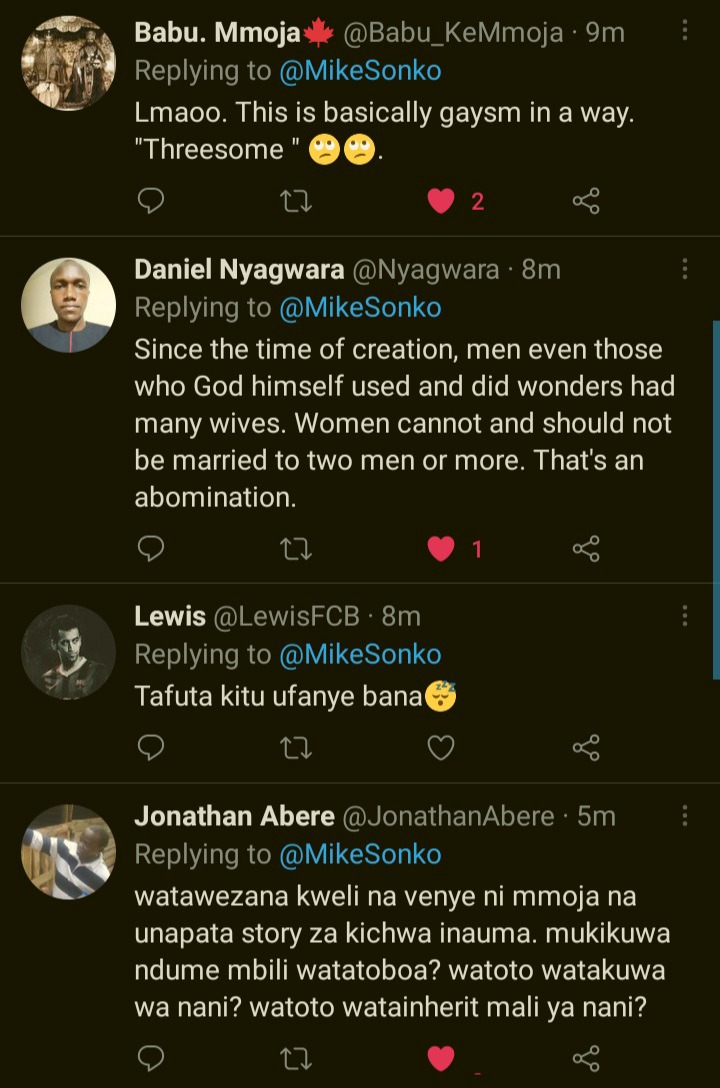 Rupia on Target, But AFC Leopards are Frustrated at Wundanyi as KCB Climb Top of the Table

Matiang'i Hint at Locking Down Kisumu & Nearby Counties

Government Hints On Imposing Another Lockdown On These Counties