Give A Man Space To Fall In Love: How To Make A Guy Fall In Love With You (20 Steps To His Heart).

Learning to make a guy fall in love with you isn't as hard as you think. Instead of browsing around the Internet or wasting time reading gossip magazines, do yourself a favor and read this entire article. 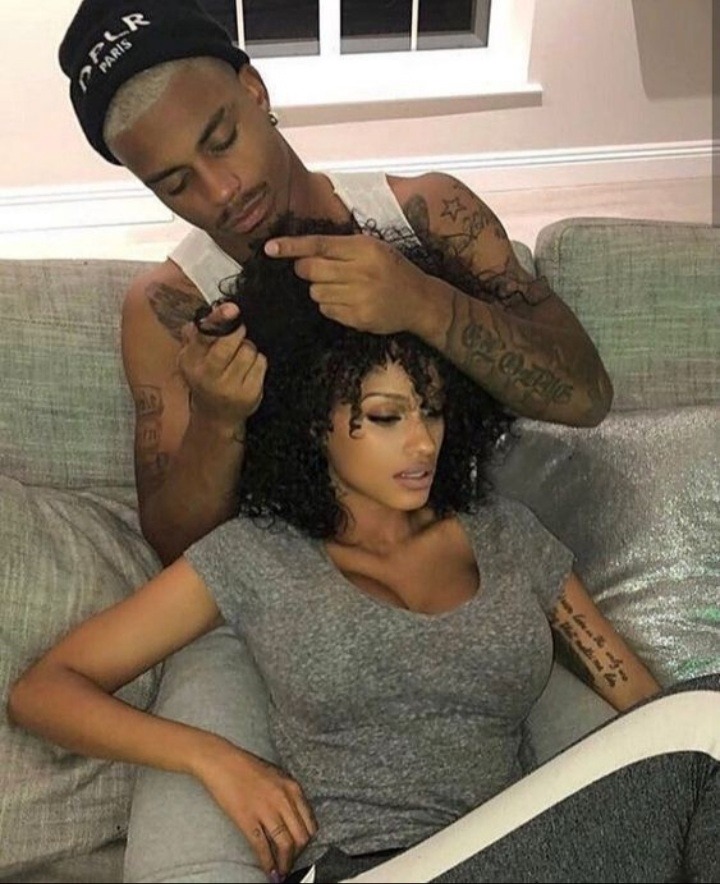 Step 1: Love Is Attracted, Not Chased.

Chasing love is by far the worst thing I've ever seen women do. Not only does it drive men away but it leaves them empty and unfulfilled. If you truly want to make a guy fall in love with you, you must understand that he's going to make a choice to fall in love with you. Love Is something that is attracted, not sought after. If you're chasing after love, you'll always be chasing. To cut out the metaphorical talk, this basically means that you need to work more on yourself. The more you work on yourself, the more quality men you'll attract into your life mad the higher probability you give yourself to meeting the right man to fall in love with.

While it's always wise to want to develop yourself into a person you want to be, always remember to be yourself in the process. If you put on an act just so he'll like you, eventually the act is going to fail and your true colors will show through. Every guy wants to be with a girl who's 100% transparent and is totally comfortable being herself. This is something that not only attracts men but is highly admired. If you're concerned about being embarrassed, then you aren't being true to yourself. By being who you really are, your are going to filter out the wrong guys and attract the right ones.

Dress to impress and dress for yourself. Guys love when girls get dressed up, have their hair done, accessorize, and ready have themselves well out together. It shows that you care about your image and are confident in who you are. You outward appearance is what's going to peak his initial interest. So if you're looking your best, you're feeling your best. And if you're feeling your best, you're going to exude confidence that will definitely let him know you are a catch.

Step 4: Talk About His Interests.

Having a good time and laughing is infectious. If you're around a guy yiu want to make fall in love with you, make sure you're laughing and spreading those positive vibes. Crack a few jokes, take a few jokes, don't be so serious and really just enjoy yourself. Guys want to be with a guy who's up to have a good time and can bring the good times to life. Be that girl.

Guys don't want to hang out with a girl who's always finding something negative to point out or talk about. Guys do want to be with a girl who's positive, has great things to say and is encouraging to the atmosphere and overall vibe.

With so many people in the world having a frown on their face, it's a nice chance to see a girl express herself through her vibrant smile. Smiling attracts and gives off good feeling. Like Positivity, guys don't want to hang out with a girl who always appears to be in a bad mood, they want to be with the girl who's smiling.

Step 8: Be A Sweetheart.

We all know a girl who is constantly gossiping about other people, don't be that girl. It's unattractive and you're going yo push eligible men away. In my experience, girls who were sweethearts were liked a lot more and had more quality guys chasing her. Be the girl who is a straight up sweetheart and you'll find love a lot faster.

The easiest way to do this is to compliment a guy on his qualities. Tell him how you like how he takes charge or how he's confident. Remember: qualities not looks. You could also touch his arm when he tells a funny joke. Extended stares and then lookin away are also good ways to flirt. It's all about peaking his interest while making him feel good about himself.

This step is super important if you're going to make a guy fall in love with you. Guys are naturally wanting to progress and grow, thus means they're learning new things to achieve their respective goals. Talking about celebrity gossip, high school memories and the general "so what have you been up to" is going to get boring and outdated. If you've already wowed him with your looks, it's time to take a step further and wow him with your mind.

Whenever a girl kisses and touches, but doesn't ho all the way, it drives a man crazy. He wants you 10 times more than he did before. This is what you want to do if you want to capture his heart. Have respect for yourself but don't be afraid to get physical in the process of making him fall in love with you. 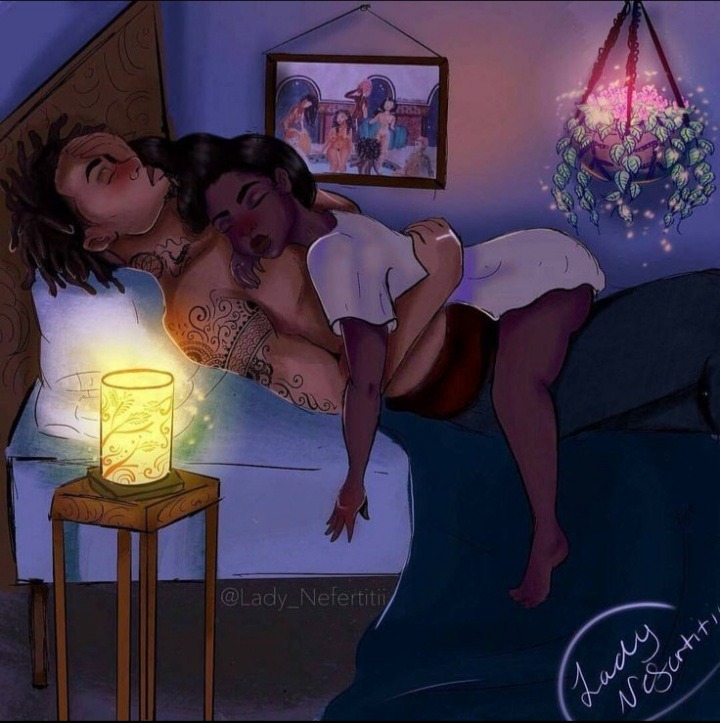 Whenever I went to my friends houses, the mom were always the one cooking and feeding their men. At least in any happy marriage I've seen the man was being fed by the woman with the occasional husband cooking for the wife. With that said, one if the best ways to a man's heart is to feed his stomach. Food is another way to show your guy that you care about him. THEY LOVE IT and YOU for doing so! They feel appreciated.

There's nothing like a girl who gives a man his space. Giving him space to do what he wants, when he wants, with who he wants is another great way to his heart. This shows that you trust him and are allowing him space to still have a sense of self. 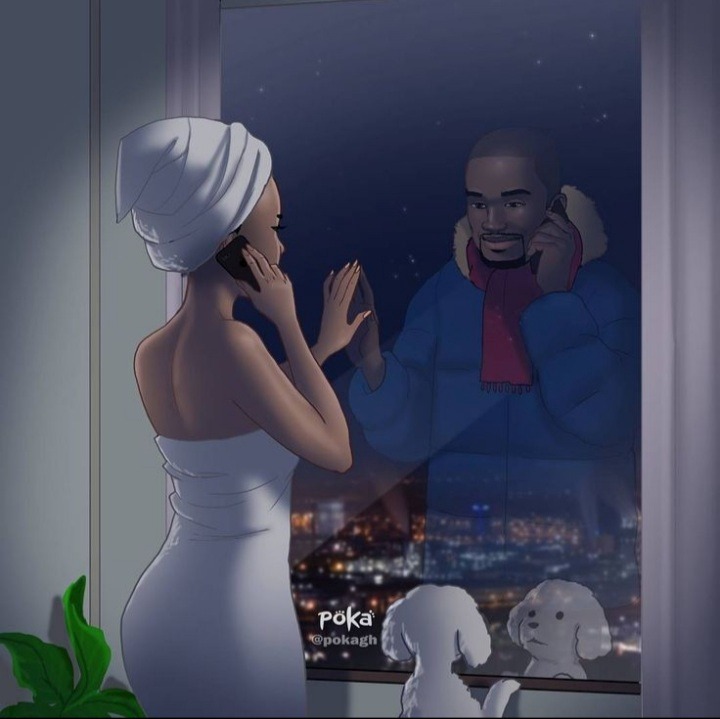 Don't be that girl who is always trying to see where he's at, who he's with, and what he's up to. You're coming off as clingy. It's best to give him space and sleep him wonder what you're doing instead. It make you a lot more desirable and sought after.

Dress up, do your hair and nails, wlak with your head held high, give eye contact when it's needed and carry yourself with confidence. Whatever makes you feel more confident about yourself do that. A woman that exudes confidence is intimidating to some men but to others its absolutely sexy.

Being trustworthy is a big part of making a guy fall on love with you. If you don't want him to gi and talk about your business to his friends, don't go off and tell your friends. There has to be discretion and trust between the two of you, things that only the two of you know about. The last thing you want is your personal business being brought back by someone who was never involved in the first place. Keep your business exactly that - yours.

Step 17: Leave Some Mystery On The Table.

Remember when everyone was obsessed with the TV series Lost? Well the reason the entire audience was obsessed was because Lost kept yiu on the edge! They didn't give you the entire script the first episode! The same thing goes for your own life. You want to give him little pieces of your life at certain stages. Give your entire story ways top soon and he'll lose interest. But give him a bit at a time, and you'll leave that mystery on the table that keeps him hooked.

What goes around comes around. So when you say good things about him, they're sure to come back around to him. If what you said was good, he's going to feel good about himself and about you as well.

Mom's are especially a good judge of character when it comes to making sure their baby is getting a quality girl. If you can win the hearts of his parents (especially mom), you're already on your way to making him fall in love with you.

The ultimate way to make him fall in love with you is to keep your legs shut. This is the ultimate self-respect declaration and it's either going to make him do one of two things: stop talking to you or respect your decision and wait. If he waits, then you know you've got a guy who genuinely cares about you. This gives you the opportunity to get to know each other better, building a real relationship based on trust instead of one based on sex.

Content created and supplied by: Erin254 (via Opera News )

Four Types Of Bags Every Lady Should Own

Why you will always be poor

Profitable Kenyan Business you Can Venture into with Ksh. 10,000

How to Save Fuel Using This Feature in Your Vehicle

My Girlfriend Took Care Of Me When I Was Broke, Ferdinand Omanyala Reveals