By BlogpostNewz (self media writer) | 25 days ago 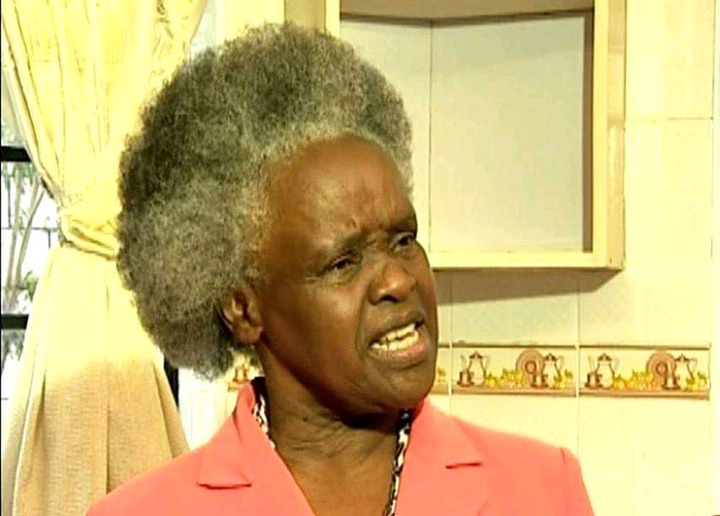 Elizabeth Wanjiru popularly known as Charity Mwamba or 'Shosh' in Mother in Law Series has a reason to smile after winning a court case which has taken a period of 29 years. Wanjiru was married to a Ugandan man Shem Bageine and they later divorced after some indifferences. Before the divorce, the couple was blessed with three kids and the worst part of it is that the husband took the kids with him to Uganda hence Wanjiru has not had contact with her children for many years.

According to TUKO NEWS, Bageine wedded Wanjiru when she was at the age of 24 and the couple bought a home that was registered under the husband's name. The house was bought through a mortgage in which the couple was funded by the Housing Finance Corporation of Kenya (HFCK) and Mugo Muriu Investments Limited and Wanjiru role was repaying the amount in which she completed in 1984. 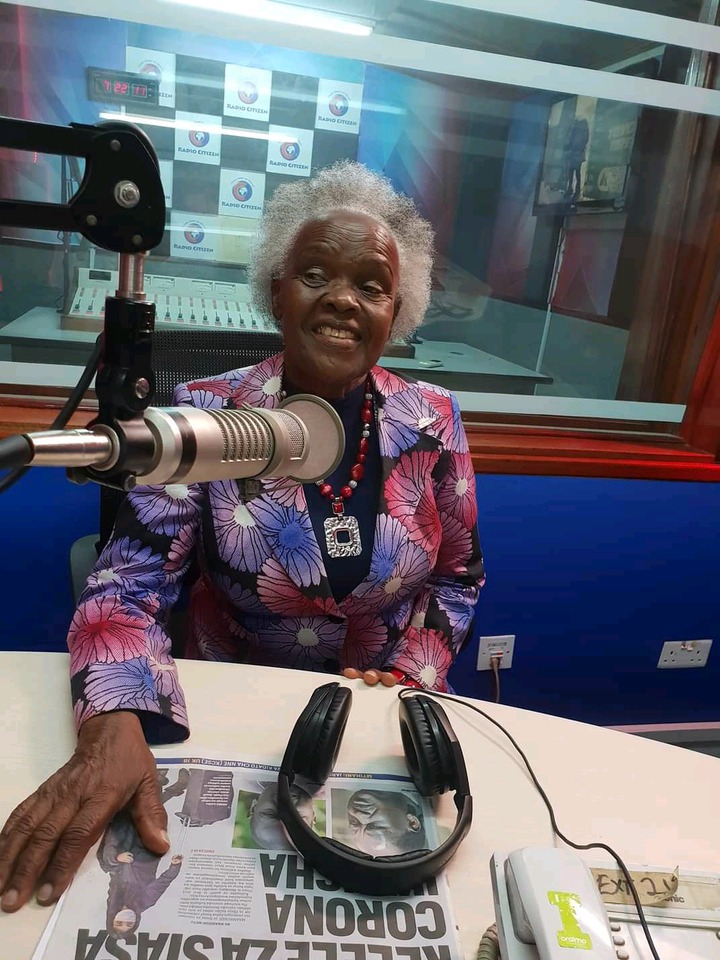 After their marriage faced a challenge leading to divorce, Bageine moved out of the matrimonial home and he secretly took another loan of Kshs. 600,000 from the same financial institution in which he defaulted and the title deed was used as collateral. While taking this loan, Wanjiru's consent was not sought and HFCK insisted on repossessing the house property as a way of recovering the money. 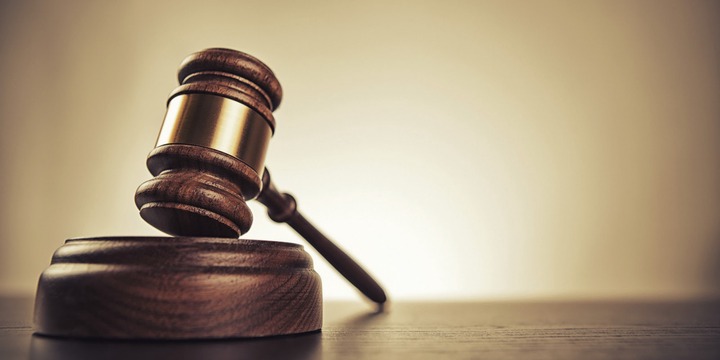 The court has finally ruled out that her Wanjiru's estranged husband took a loan against the property without her consent yet she contributed towards buying it. The case has taken over 29 years as the final verdict from the judges ruled that the interests of a spouse to a property acquired jointly cannot be over-ridden by that of a lender to recover an unpaid loan. 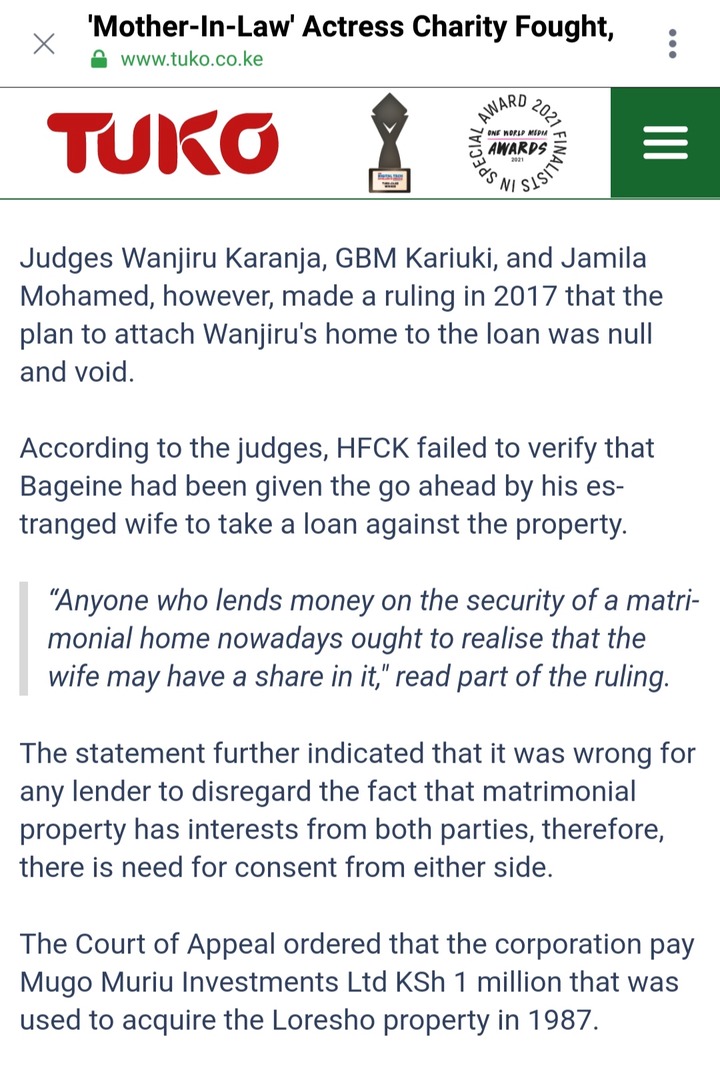