Anne Sharon; How I lost my husband in a road accident while taking Selfies and my healing journey

By BibahBM (self media writer) | 21 days ago 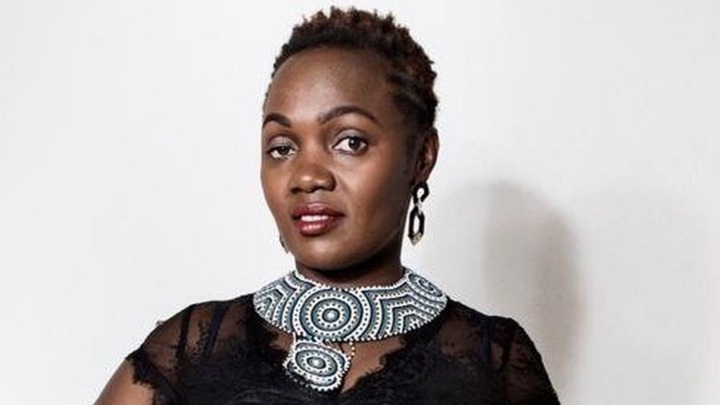 This year Anne Sharon Hegnhof and her Danish-born husband would have been celebrating ten years of marriage which she described as romantic, but the 2018 event extinguished the dreams of the celebrations after a tragic accident found them on holiday in Spain.

Anne and her husband by the name of Yens Hegnhof along with other people in their community had entered Spain for a vacation. Anne's family was excited because the rest of the day was a time of familiarity and interaction.

According to Anne, they had entered Spain a week before the accident that changed the course of her life. With just one week left before their return to Denmark, Anne recalls the early hours of the day when they made plans to visit the beach away from her husband's plans to enter the market to buy presents.

But their plans did not work out as things changed on the way to the sea. Anne says that she and her husband were in the same car with the rest of the family in the van. 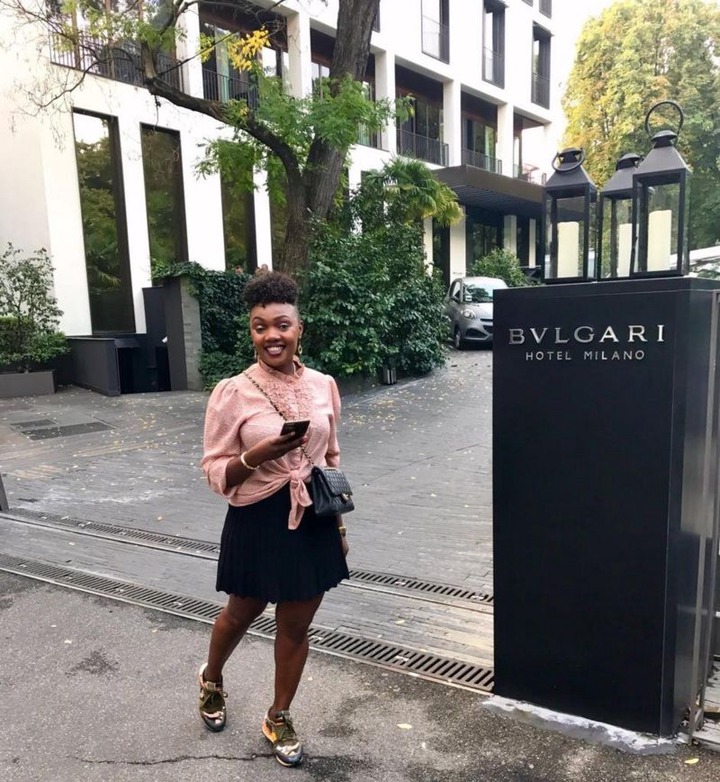 How a Selfie caused my husband's death

"In that country there are beautiful scenery in the cities and even in the suburbs. While in the car I looked outside and noticed a scene that looked like one of my hometown Kenya. I started gesturing to show my husband the area. "I was taking selfies and the car was in slow motion. But suddenly, we heard a loud bang, and that's when my life changed," recalls Anne.

The woman says she lost consciousness from the day the accident happened until two weeks later. She was lying in the intensive care unit.

During this period she recounts events described by witnesses and various individuals. At first, the accident was caused by a large trailer that lost direction in the slope, hitting the car where Anne and her husband were. The news is that her husband died on the spot, while she suffered injuries to almost all parts of the body.

According to eyewitnesses who spoke to Anne and the videos captured in the area, her husband died on the spot, but the woman was not unconscious at the time but had serious injuries where part of her abdomen was ruptured and her arm and back and head were exposed.

News of her husband's death

Two weeks later the young woman regained consciousness and the first thing she asked was 'where is my husband?' when she asked about her husband's condition she was still unaware that she was in the hospital.

It is an event I cannot describe. I was speechless, the attendants gave me a small computer that I used to write my message and the question I asked was, where is my husband? The paramedics told me immediately that my husband had died in the crash,” recalls Anne. 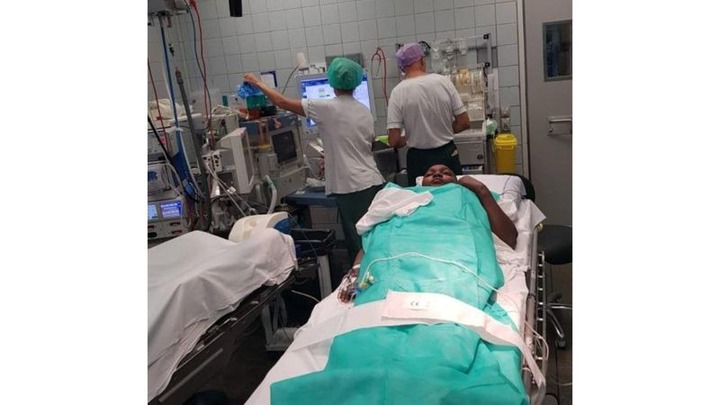 In the meantime, while she was still in the hospital, Anne says that she received a visitor who is one of her close associates, saying that she was surprised at how she got to the hospital.

Anne says she started by asking her if her husband really died, and in tears, she told him that it was true and that she should not cry anymore. Anne's husband was known by another name, Yens, and his friend told him that Yens was in a safe place, and he continued to comfort her by giving her one of his favorite songs to comfort her.

Anne says that before she left Spain, she had applied for a chance to see the body of her late husband in a mortuary, a request that was accepted. Despite her inability to walk, she was confined to a wheelchair and was sent to the morgue to see her husband.

When she walked into the mortuary where her husband was, Anne says she had asked for time to sit with him and talk to him one last time. But the attendants told her that they would not accept her offer because of her psychological condition. The attendant stood aside near the door. She saw her husband as if he were asleep, she just talked to him while crying, she sat there for about 30 minutes. 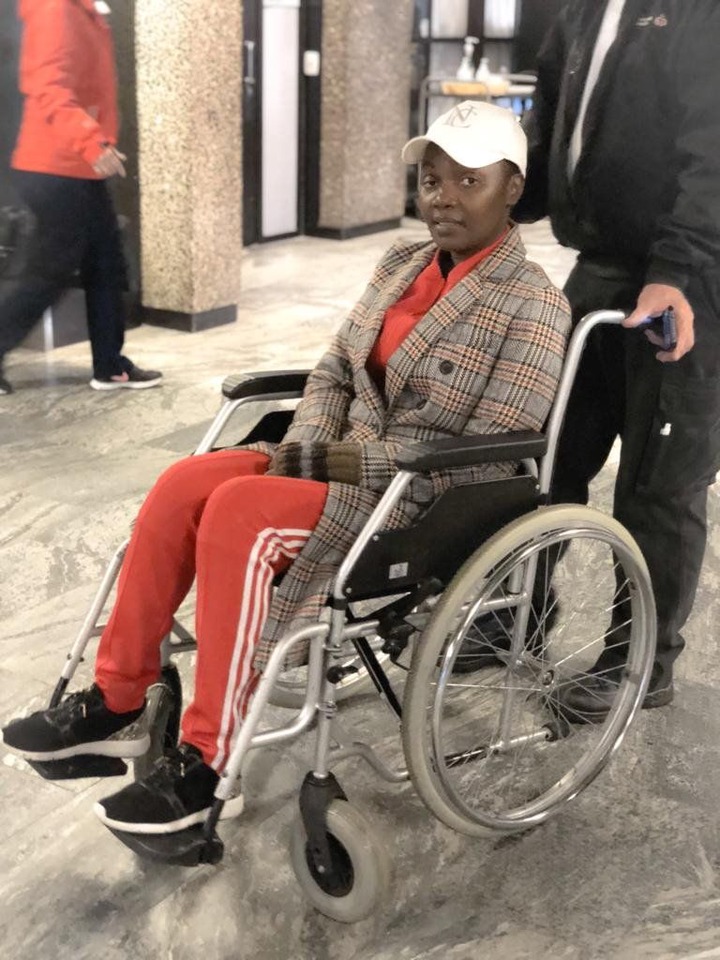 Later plans to transport Anne, along with her husband's body, to Denmark began, and she was eventually transported by medical plane from Spain to Denmark.

Anne says that while in the hospital in Spain she had undergone 16 operations on various parts of her body but her back had not been touched. Doctors had said that her body had undergone surgery after another and therefore needed time before another operation could be performed.

When she landed at the airport in Denmark, they had agreed that Anne was not ready to return to her home and needed to stay in a specialized intensive care unit.

There were also concerns that Anne was going through a difficult period of accepting many changes resulting from the accident. Anne says she did not feel at home when she was out of her home, and urged health workers and her children to continue treatment at home. Five days later she returned home and decided to rest her husband's body.

The deceased was originally from Sweden and Denmark and according to the young woman her husband had made a will that if he died his remains should be returned to Sweden.

And finally Anne led the community of her late husband in cremating his corpse according to his wishes and eventually his remains were transported to Sweden. 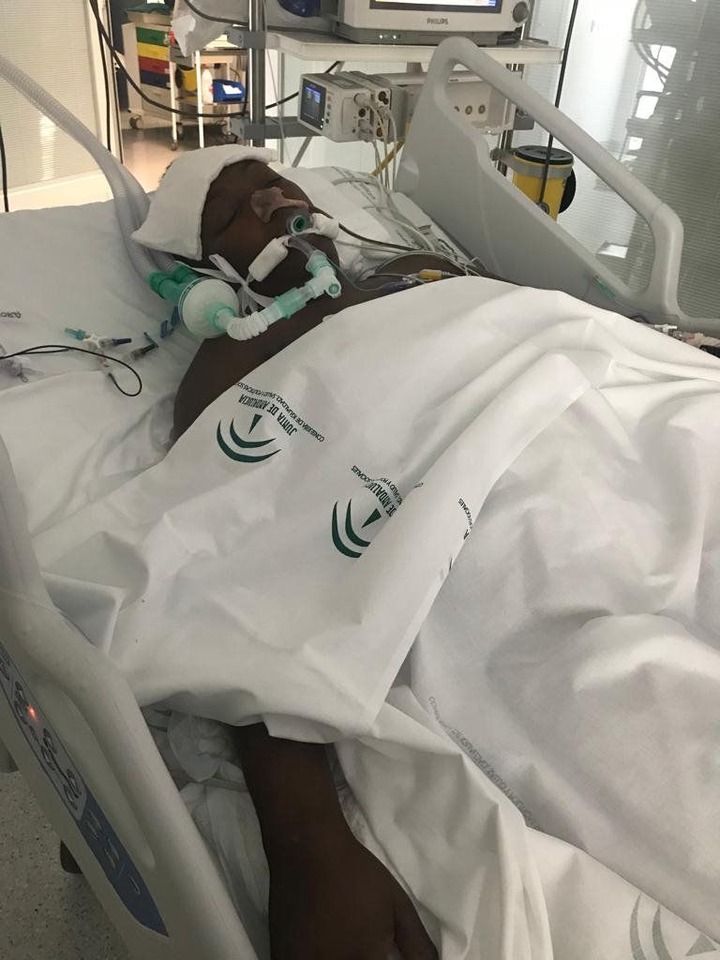 Photo; Anne in the hospital after the accident

Acceptance and my Healing journey

Anne says that it was not easy to accept the events of the accident that completely changed her life. This young woman admits that accepting the destiny has been a journey, which involved rejection, anger, sadness, suicidal thoughts and so on as well as living a long and sad life.

She says that she has now accepted her situation, and she feels as if she has been given a second chance to live.

This young woman's life has taken a turn and she says that the secret of living one step after another has been achieved by the community and friends who care for her. She also says that she got another romantic opportunity and now has a boyfriend who is very close to her.

"I'm not hurting as much as I used to, for now I have started some new relationships, my partner has been a very important person in my life, he comforts me and loves me very much and I believe even he has contributed to my psychological recovery" he says. 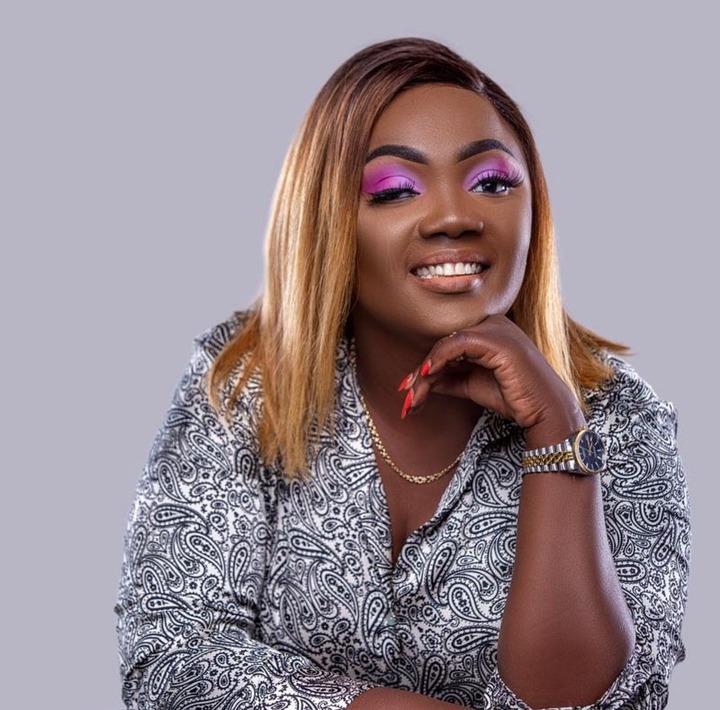 Anne was born in Kenya, where her mother is a Kenyan citizen and her father is a Tanzanian citizen. She received her education until graduating from college in Kenya. Anne says that her parents died in an accident and she was left an orphan. Her grandmother cared for her but even she died before reaching adulthood.

She met her husband Yens at a hospital in Nairobi while visiting her ailing friend. Her husband, on the other hand, had been working as a doctor there for some time.

The romance intensified until they got married in 2011. As an Orphan Anne says that she prefers to visit the orphanage as a way to get involved in their lives as she understands the loneliness and problems that accompany orphans.

Former South Africa Who Doesn't Have Children And Why