Njonjo is Alive: Find Out Why He Married At 52. 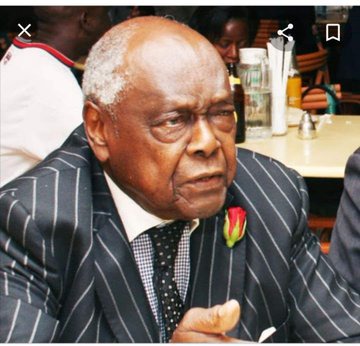 Rumours of Charles njonjo's death started hitting airwaves yesterday evening in the streets of social media as politicians and Kenyans went out to give their messages of condolences.

It could not be further from the truth, Reports emerging from the family suggest that the first attorney general of independent Kenya is still alive and kicking.

In a message sent to newsrooms, Njonjo said that he is well and enjoying utamaduni day at home adding that Reports of his death are greatly exaggerated.

Charles njonjo happened to Serve in both Kenyatta and Moi governments and he is said to have played a critical role in enthroning president Moi after the death of Kenyatta in 1978.

He would however fall out later with president Moi in early 80s and was removed from government.

The Duke of Kabeteshire's marriage was dramatic in that he really remained a bachelor for long as he 'waited for the beautiful ones to be born'.

However, finally in 1972, at the age of 52, he married his beautiful British wife Margaret in a colorful wedding attended by top government officials and president Kenyatta himself.

According to Standard, njonjo married because of pressure from kenyatta who was uncomfortable with a bachelor AG.

However, in an interview, njonjo revealed that he married late because he hadn't got the best partner of his liking.

Njonjo was born in 1920 and has three children namely wairimu, Mary and Josiah David. 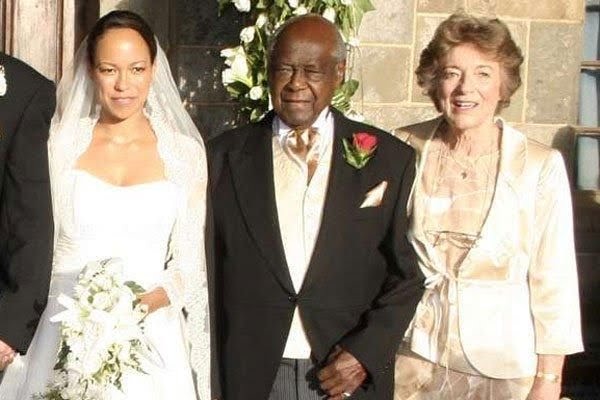 Njonjo and his wife Magaret at daughter wairimu's wedding.

Social media has once again been put on notice for 'Killing' an individual who is at his home enjoying long life.