By Liccia (self meida writer) | 1 months

Couples who have dated for years tend to look alike, scientists have tried to answer this question and came up with a couple of reasons why.

1.      Resembling parents, scientists claim that men and women tend to marry a spouse who looks exactly like their parent. Men will marry a woman who resembles their mother while women look for their father in a husband. This resemblance is considered by looking at eye colour body size and hair colour. If we resemble our parents and marry a person who resembles there won't, we resemble each other after a while?

2.      Number of years together, according to researcher and psychologist Robert Zannone couples that got married and stayed together for over 20 years look alike. The research even found that the happier the couples are the more they look alike. This resemblance is from features like nose and eyes.

3.      We are attracted to our look alike, according to research we are attracted to people who look like ourselves. This is called assortative mating, scientist also claims that this is how people try to maximumly pass their genes.

4.      Mirror effect, couples tend to copy each other’s characters and gestures, scientists say that after a few years in marriage couples copy each other's traits. This makes them look more alike. 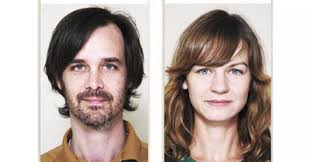 Content created and supplied by: Liccia (via Opera News )