I Will Never Give Up on Him, Says a Lady Whose Husband Developed a Growth on His Face

In most cases, we cannot solve our own problems because they seem too big way beyond us and this is when we need a hand from others. It is the same case with Samuel. He is 40 years old he lives with his wife and four children. 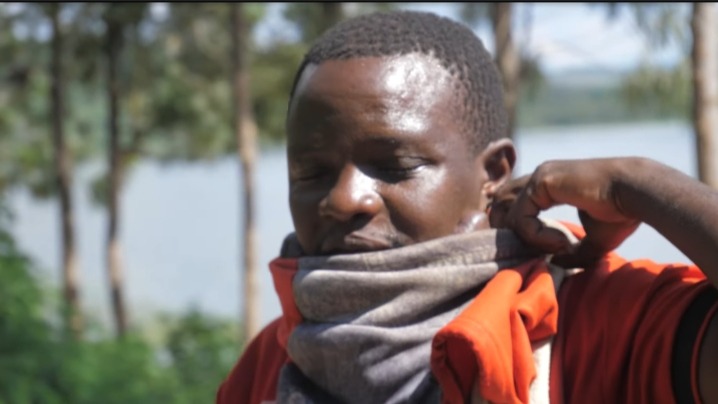 A lot of years ago he had an infection on his face after shaving his beards. It became big and ruined his life. His wife Grace says that she has been living with Samuel from the very first day that this happened. They tried treating it but they got to a point where they could not afford the treatment anymore.

Well, their story all started years back and by the time they met each other, Grace had lost her entire family and she didn't have anywhere to go. She kept moving on the streets every day until she met Samuel. He felt sorry for her and took her in. 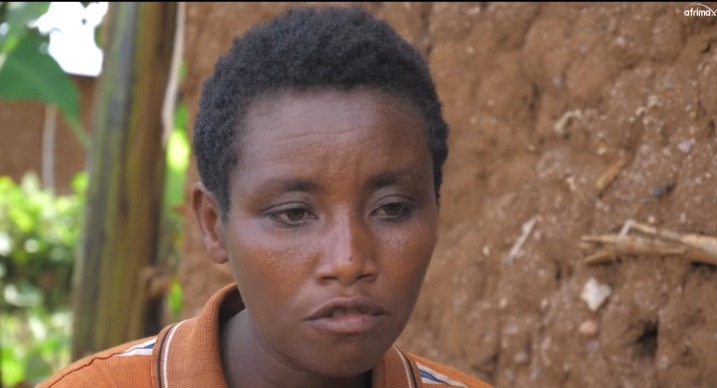 They started living together and he treated her like his own younger sister. They later fell in love and agreed to get married. They started up their family and everything was as successful as they planned.

They gave birth to children and were happy and completely had no problem at this point.

One day things changed from the life that they had gotten used to. Samuel says that this happened when he was 25 years old. They had given birth to two children and they were expecting another. 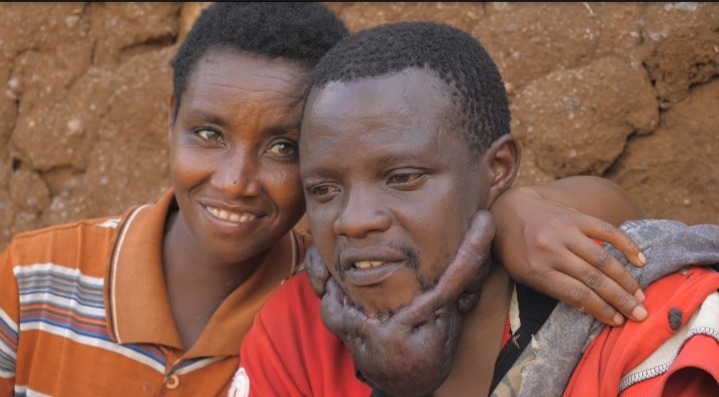 He says that the cause of all this is when he got a razor blade and shaved off his beard just like he always did but this time the side effects were too much.

He developed pimples which grew and became extremely painful and he thought that this was normal but as he persisted he decided to go to the hospital.

He went back home at the pain did not stop at all. It kept becoming worse each and every day. 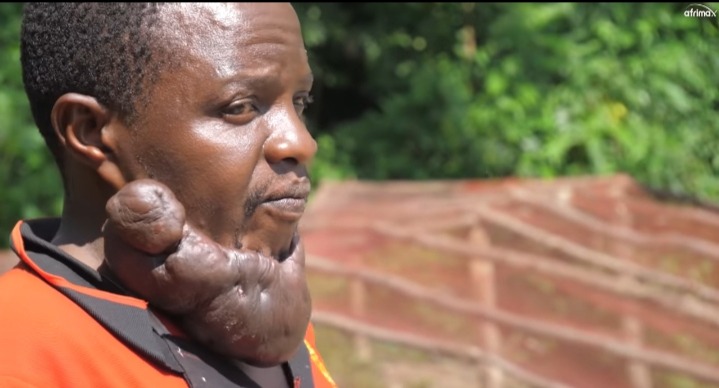 Later it grew and became something that was swollen and extremely big and this time he rushed to the hospital.

They sold their land like they had both agreed. They went to the hospital and Samuel underwent a surgery. But after then things didn't turn out like they expected because it was not completely cured and his face still had a problem.

He was given a list of medicine that he was supposed to buy and take and he was promised that if he took this as it was prescribed by the doctor, he would completely be fine. But this was not good news to them. 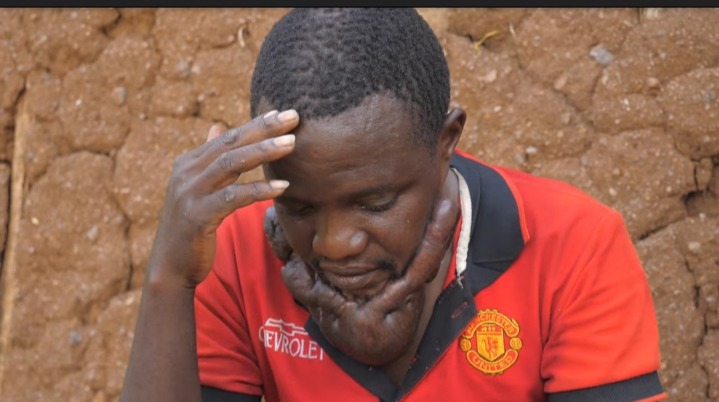 They totally lost hope of him ever becoming fine because the medicine that they were told to buy was very expensive. And since they had paid all the money they had for surgery, Samuel and his wife had no other option rather than going home and start living with this condition.