By PaparazziwaMtaa (self meida writer) | 1 months 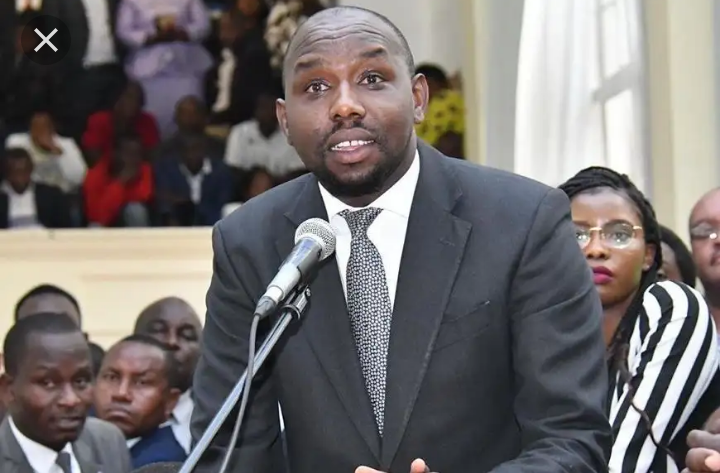 Elgeyo Marakwet senator Kipchumba Murkomen has blasted the former NASA co-principals for dissolving the coalition to form another Alliance without their former boss Raila Odinga.

According to Murkomen, Wiper's Kalonzo Musyoka, ANC's Musalia Mudavadi and Ford Kenya's Moses Wetangula will soon get back to the former prime minister for another alliance.

"NASA has been dissolved by Kalonzo, Musalia and Wetangula to form OKA so that they can form another alliance with Raila Odinga.Aki Kenya," he retweeted. 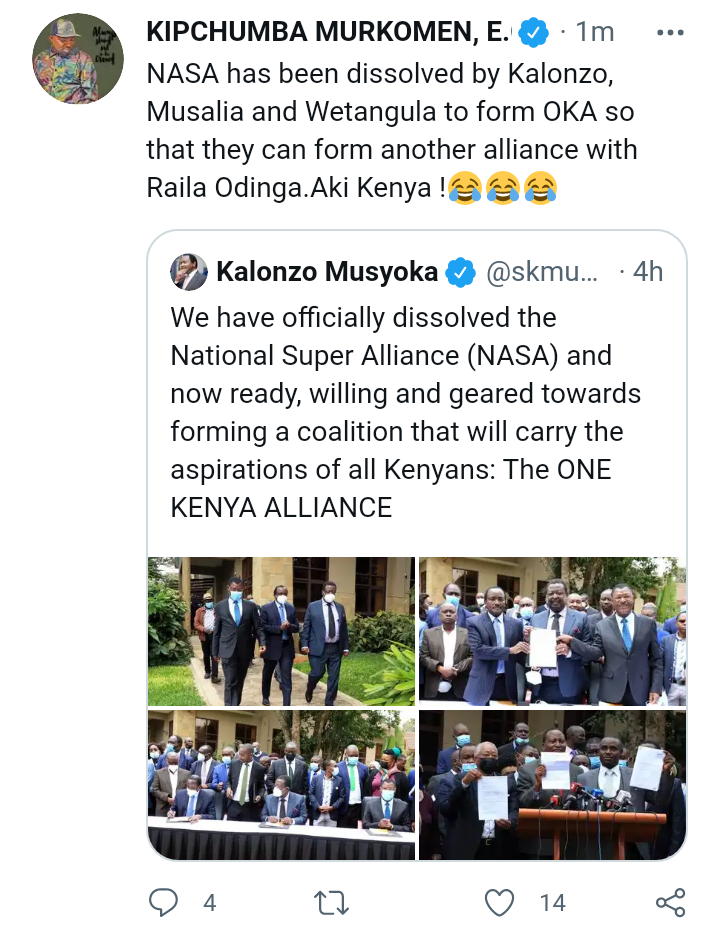 Murkomen being an ardent supporter and close ally to deputy president William Ruto, he meant that these three party leaders cannot make it on their own hence they will require Raila.

His sentiments came hours after the three leaders declared their decision to quit NASA to focus on their newly formed alliance One Kenya Alliance (OKA) that will see them jet into the presidential race.

OKA was initially formed by four members among them Kanu's Gideon Moi who later refused to terminate his pact with Jubilee party to be fully in OKA.

Fare Likely To hike High In Nairobi As From Today

Tactics The DP Dr. William Ruto Has Been Using To Outsmart His Political Antagonists

How Aeroplanes Dispose of Human Poop

Confusion Surrounds The Family Of Dr. Gakara As Postmortem Results Takes Another Twist

4 Matches to Stake on and Earn you 15K with a Minimum Stake of Ksh.200