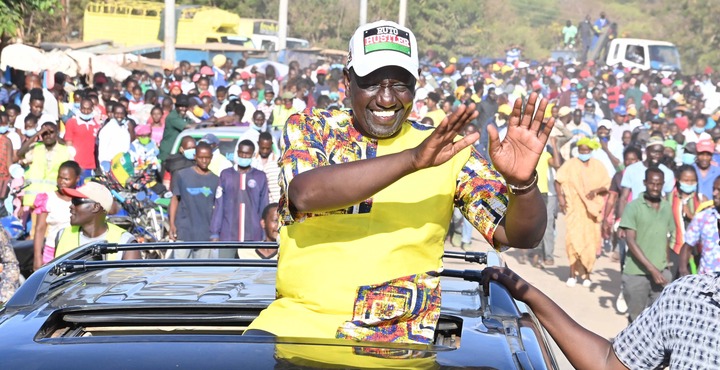 Among his last minute calculations in grasping the grounds ahead of 2022, the Deputy President's talks with former NASA Principals are in top gear. This is the latest developments in Ruto's rigorous efforts towards the realisation of his State House dream.

Reports have revealed that the dp has already basketed one of the former NASA Principals and efforts underway to win the second one.

As established by the Standard, a source in Ruto's inner circle has revealed that the deal to have the two Principals could be unveiled in December or January next year. 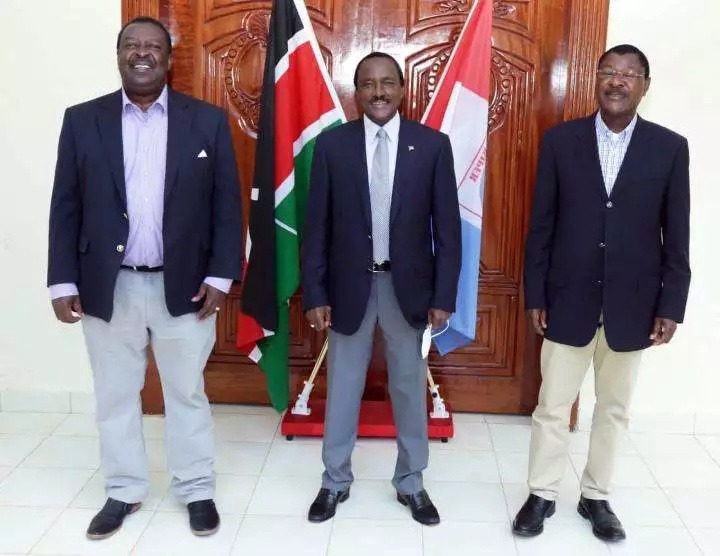 In addition, the Dp stands to win big in an alleged pre-election deal with President Uhuru that could see him have a role in picking some Cabinet Secretaries incase Ruto emerges victorious.

“There is that push for a pre-election agreement before the August polls, the talks are on a higher level. The pact could change the political realignment, let’s give time for the talks, things will become clearer with time,” the publication has quoted a member of parliament who sought anonymity due to the sensitivity of the matter. 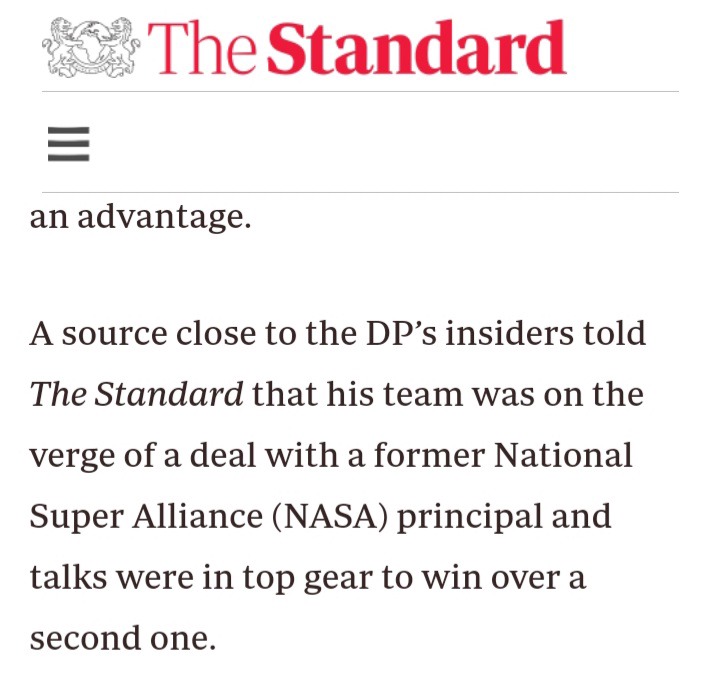