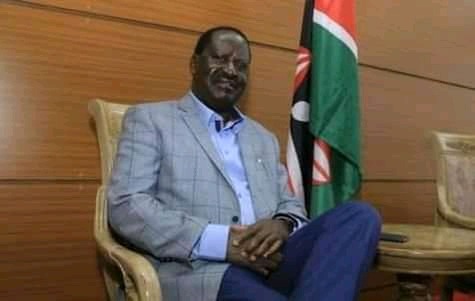 In a Facebook post, the former Prime Minister hinted at entering into other coalition deals ahead of the next general election in 2022.

But surprisingly, just a few hours later after the ODM resolution to quit NASA, Gatundu South MP Moses Kuria has hailed the decision by the former Prime Minister, saying it was long overdue.

According to Kuria, a key member of the DP's hustler nation camp, the move by Raila to chart his own political path away from his former coalition partners, is one the best decisions he has ever made.

Kuria opined that Raila's former coalition partners have been riding on his back without offering any benefit to the ODM Chief.

The outspoken MP further claimed that former NASA coalition partners have been obsessed with the call of Raila endorsing them for the top seat come the next general election.

Waiguru In Danger As She Receives Stern Warning Over UDA

King Kaka's wife speaks on why she is not having dowry payment or white wedding.

Kitui: Muthama Tells DP Ruto To His Face Reason Why Ukambani Region Would Not 'Just' Support Him

Raila Worried After Reports Leak Where Ruto Is Headed To Today