By @ironlady (self meida writer) | 1 months

Following the decision on Thursday 29,ODM secretary General Edwin Sifuna flanked with other members of the the National Executive Council said that the party believes that NASA is the past. The Orange Democratic Movement has threatened to withdraw the Ksh. 153M offer to it's partners after announcing it's exit from NASA. 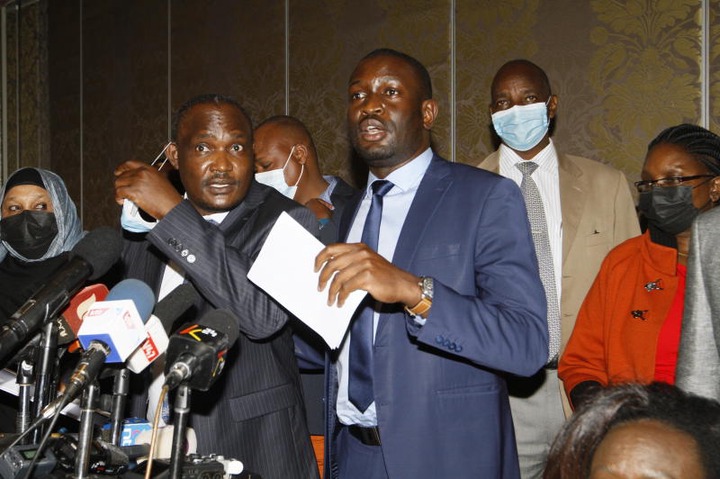 During the National Executive Council meeting the other day , members of the party's top organ resolved to reconsider the decision to share political parties funding with their coalition partners . Raila Odinga - led party is now in talk with potential partners at the grassroot level.

While trying to explain how political parties funds will be distributed , ODM National Chairperson John Mbadi reiterated that ODM was justified in it's refusal to share the money and that the decision was an ex-gratia payment rather than an obligation.

It also merged that Raila made the surprise decision to pull out of the moribund coalition to engage new players without conditions from his current partners who have insisted it was time for the former premier to back one of them for presidency.