Speaking on Citizen Morning breakfast show, Hon. Robert Mbui claim, other than mistrust allegation to ODM party of Raila Odinga as a results of funds from registrar of political parties as initially stated by Dr Chris Wamalwa, MP Kiminini forcing NASA to die a natural death, the coalition had a lot of problems. 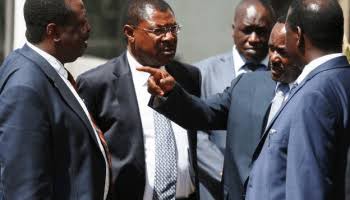 According to him, the coalition biggest problem was fielding different candidate for one political seat as parties within same coalitions, something he believe should be fix following ongoing One Kenya Alliance coalition talks between Wiper, ANC, Ford Kenya and KANU with ODM expected to join the train.

"Part of the problems we had in NASA was fielding different candidates for one political seat as parties within the same coalitions. We need to fix that. We also had issues around our MOU." MP Robert Mbui informed. 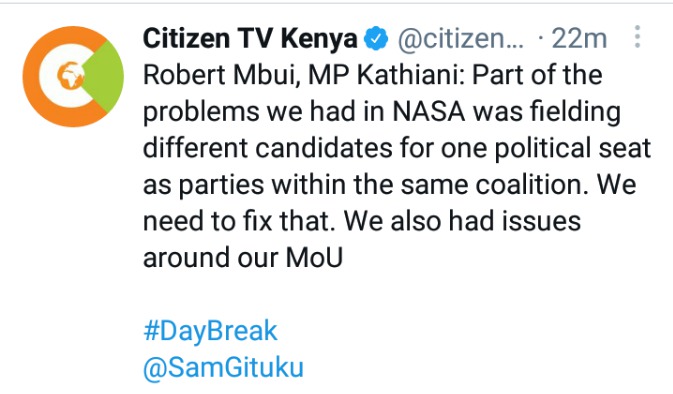 The remarks flows barely a day after Amani National Congress party leader Musalia Mudavadi says Mistrust between ODM leader Raila Odinga and his former allies is too wide and could be difficult to mend the broken fences, though never ruled the possibility of working with him ahead of 2022 bruises. 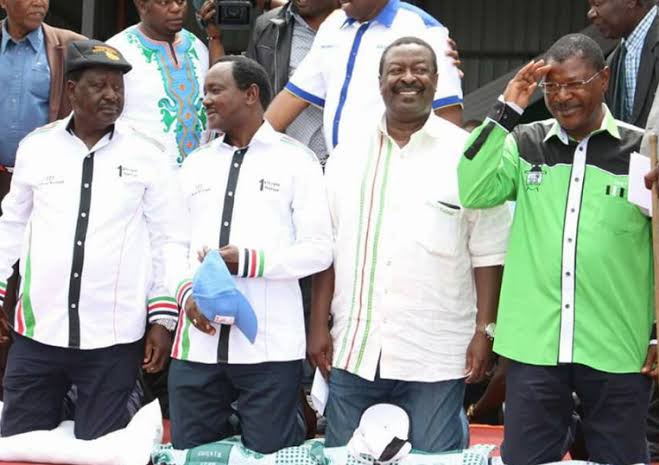 "I don't know who Raila Odinga is going to approach individually as his party says, but there is major sigh of relief among us because it has opened the window for us to freely engage with other Kenyans." Mudavadi Said

What You Need To Know About The Car Gifted To A Kakamega Pastor By The Kenyan DP Dr. William Ruto

Meru; What Residents of Meru Town Did to ANCs' Musalia Mudavadi Today (Video)