Reasons Civilization May Collapse Because Of Organic Foods

By www.bestdigitalhub.co.ke (self media writer) | 24 days ago 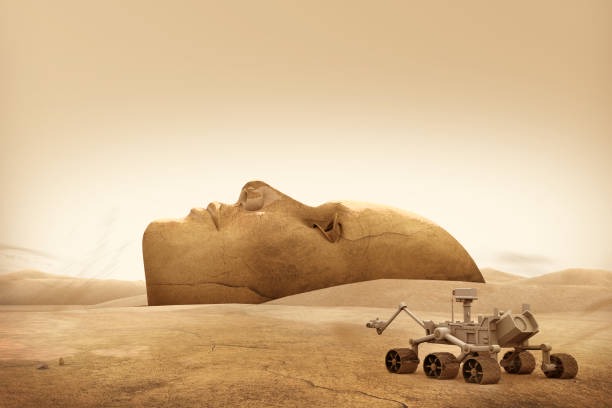 For better or worse, agriculture has been a driving force behind the growth of civilization. It enabled civilization and in the last 80 years the industrial revolution in agriculture created a technologically dependent global food system. Although agriculture means more work than hunting and gathering, it is thought that it provides 10 to 100 times more calories per cultivated area. Abundant food supports denser populations because it connects people to their land.

Synthetic fertilizers and other innovations in the production and distribution of food have helped food supplies keep up with population growth. But through the history, increased agricultural productivity competed with population growth, resource degradation, drought, changing climate and other factors crippling food supplies, with the poor the most vulnerable to famine.

When humans sowed the first seeds at the beginning of the Neolithic, the soil provided the plants with vital nutrients that served as the basis for human agriculture. The change from hunters-gatherer societies to an agrarian way of life changed the course of human history by altering the natural nutrient cycle in the soil. Other factors such as population pressure and climate change have promoted and protected desirable crops and helped lay the foundations for the agricultural revolution, drastically changing the interaction between human and Earth.

While this change has brought many benefits, it has also brought us the existential crisis of global climate change. The Industrial Revolution put civilization on the road to collapse by stimulating population growth and contributing to increased overconsumption and environmental degradation.

When a great change occurs in the environment independently of human actions, it destroys human societies. Even small, independent changes in climate that are not man's fault or the result of human action can have a discernible effect on human populations' well-being. In this case, it is reasonable to conclude that catastrophic climate change will have catastrophic impacts on human populations and will rise to levels that will cause the collapse of advanced societies.

Human activities can pollute the environment to the point where a civilization collapses. This pattern has existed throughout the recorded history and goes back to the earliest known civilization, Sumer in Mesopotamia, which collapsed in the second millennium BC after a series of repeated invasions. Environmental changes can wipe out a civilisation if they affect food supplies.

This pattern of the collapse of societies and entire civilizations is visible throughout history. It is the people of Easter Island who cross ecological borders who are not adapting to a changing climate or, as in the case of Greenland and the North Sea, imperial overexpansion by the western Roman Empire, those who respond by developing complex, forward-looking and fragile but ultimately bloated bureaucracies.

Introduction In the past, civilizations have experienced a collapse, a loss of sociopolitical and economic complexity accompanied by a dramatic decline in population. There is a wide historical literature on the collapse, from the collapse of the late Bronze Age to the fall of the Roman Empire. Regardless of whether a society was in a period of prosperity or deprivation, the decline from the height of a civilization is dramatic enough to say that it has collapsed.

In an attempt to answer these questions, I spoke with a broad range of scientists and experts and delved deeply into some of the arcane and emerging sciences about how societies and civilizations are collapsing.

I have not found any decisive confirmation that climate change will lead to social collapse in the short term. The development of an integrated theory of social collapse which takes into account the complexity of human societies remains an open problem. A growing number of experts not only point to the imminent possibility that human civilization itself is at risk, but also believe that science shows that it may be too late to prevent a collapse.

Indeed, paleoclimatographic and temperature reconstructions suggest that there have been historical periods of social unrest, social collapse, population collapse, and significant climate change that have occurred simultaneously. Although chance does not prove causality, prehistoric, ancient, and pre-modern social breakdowns have at some point been interpreted in terms of human factors that have nothing to do with natural climate fluctuations, such as wars, overpopulation, deforestation, and resource depletion. Other factors, such as Malthusian disasters, overpopulation or resource depletion, also contribute to the collapse but studies of past societies seem to suggest that they have not caused a collapse.

It must be stressed that decline and collapse are consequences of socio-political decentralisation. They undermine traditional customs, laws, and institutions, and reduce socio-cultural resilience in the event of conflict between different elite groups. Government failure is the most likely prerequisite for such a system, but outside war is also a potential trigger.

For the first time today, humanity's global civilization - the global, interconnected technological society in which we are all integrated - is threatened by a series of environmental problems. In addition to new and larger threats, we face many of the same challenges as our ancestors.

Bardi’s work suggests that the collapse could pave the way for new, viable civilizations, not only in the countries and regions which are experiencing collapse, but also in the crises of drought, famine, violence and war that result from the ongoing climate chaos. His thesis is not just about the social breakdown caused by climate change, but about the way it affects everyone. Current research on the historical collapse suggests that the primary fascination with climate change and environmental degradation as primary agents of change may require a lesser attention that is required for interdisciplinary integration.

7 Things You Need To Know About Eggs

Photos of Furniture to Consider in Your Dining Room And Ideas