The Top 10 Strangest Objects in the Universe

By Jobwanjala (self media writer) | 11 days ago

10 of the Strangest Objects in the Universe

Throughout the universe, there exists a large array of objects that defy our current understanding of physics, astronomy, and science in general. From black holes to interstellar bodies, the universe harbors an incredible number of mysterious objects that both mesmerize and perplex the human mind. This work examines the top 10 strangest objects known to currently exist in the universe. It provides a direct analysis of each scientific anomaly with a focus on current theories, hypotheses, and explanations regarding their existence and function in both time and space. It is the author’s hope that a better understanding (and appreciation) of these objects will accompany readers following their completion of this work. 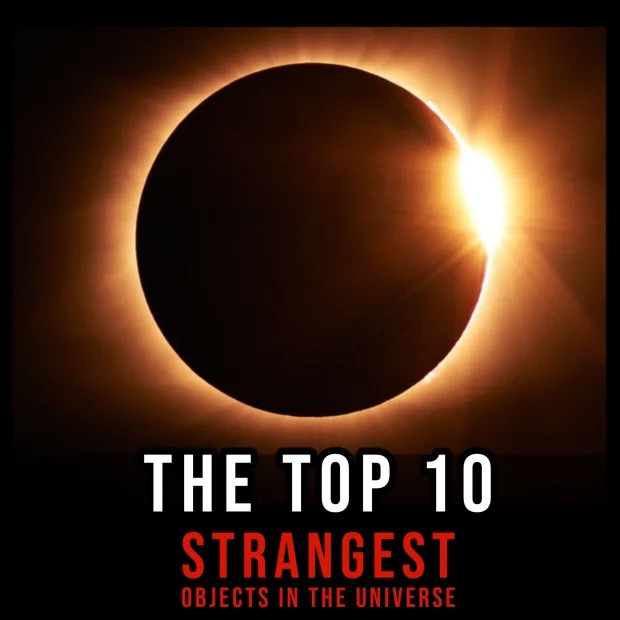 As its name implies, Antimatter is the polar opposite of “normal” matter and was first discovered in 1932 by Paul Dirac. Following an attempt to combine the theory of Relativity with equations that governed the movement of electrons, Dirac posited that a particle (similar to an electron, but with an opposite charge) needed to be present for his calculations to work (known as positrons). It wasn’t until the 1950s, however, that Dirac’s observation was put to the test with the advent of particle accelerators. These tests not only provided evidence that Dirac’s positrons existed, but also resulted in the discovery of additional antimatter elements known as antineutrons, antiprotons, and antiatoms.

As research continued, it was soon discovered that when these forms of antimatter collide with matter, they instantaneously annihilate one another causing a sudden burst of energy. To this day, antimatter has become the subject of numerous science fiction works as its potential for scientific breakthroughs is phenomenal in the realm of physics.

Mini black holes, or “micro black holes,” are a hypothetical set of black holes first predicted by Stephen Hawking in 1971. Believed to have been formed during the early years of the universe (around the time of the Big Bang), it is hypothesized that mini black holes are extremely miniscule in comparison to their larger variants, and could possess event horizons the width of a single atomic particle. Scientists currently believe that billions of mini black holes exist in our universe, with the possibility of some residing in our own Solar System. 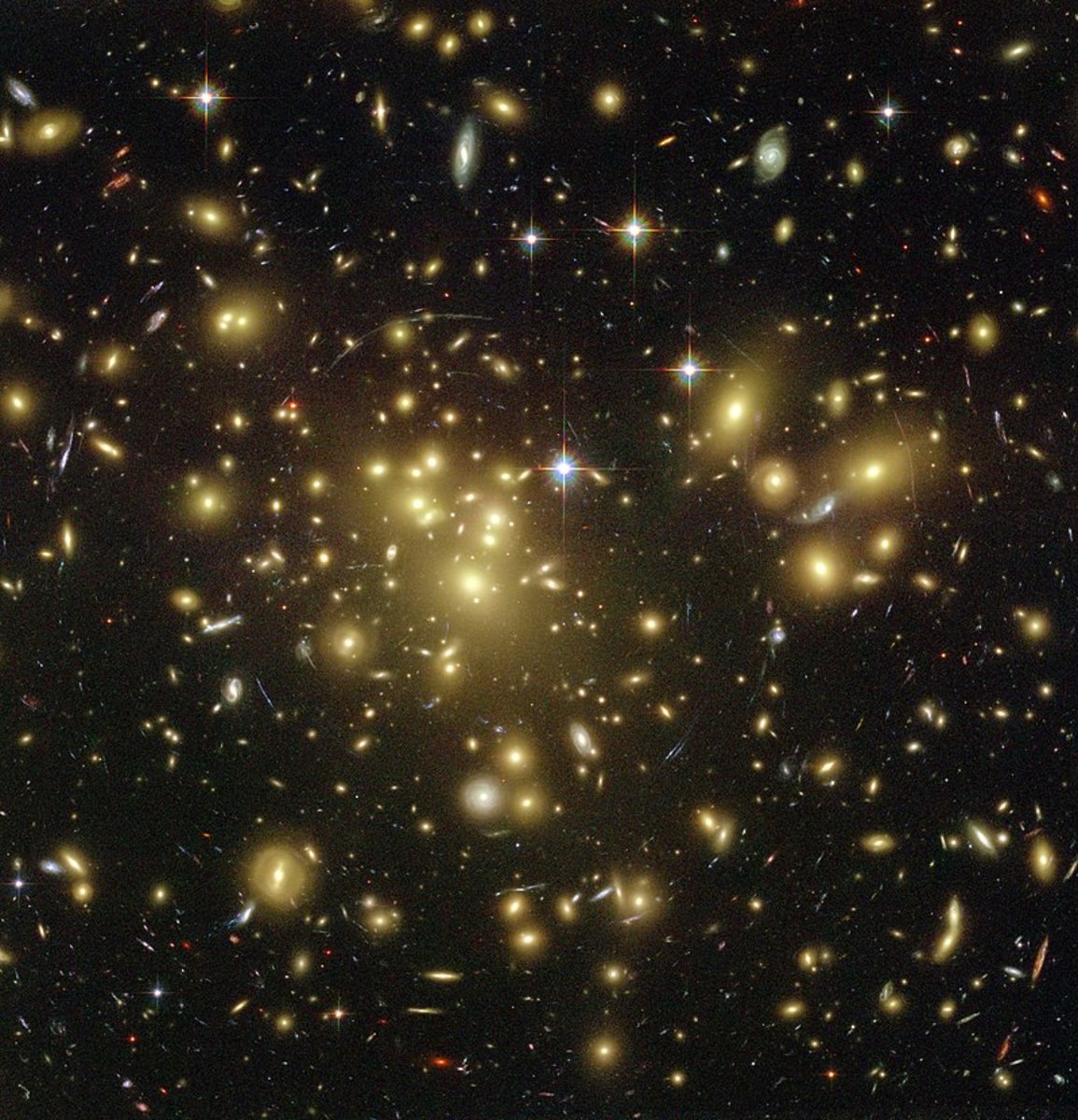 Dark Matter is a theoretical element that is believed to account for approximately 85-percent of the universe’s matter, and nearly 25-percent of its total energy output. Although no empirical observation of this element has occurred, its presence in the universe is implied due to a number of astrophysical and gravitational anomalies that cannot be explained with current scientific models.

Dark Matter gets its name from its invisible properties, as it doesn’t appear to interact with electromagnetic radiation (light). This would, in turn, help explain why it cannot be observed by current instruments.

Understanding Dark Matter is crucial for the scientific community as its presence is believed to have a profound impact on both galaxies and galaxy clusters (through a gravitational effect). By understanding this impact, cosmologists are better equipped to recognize whether our universe is flat (static), open (expanding), or closed (shrinking). 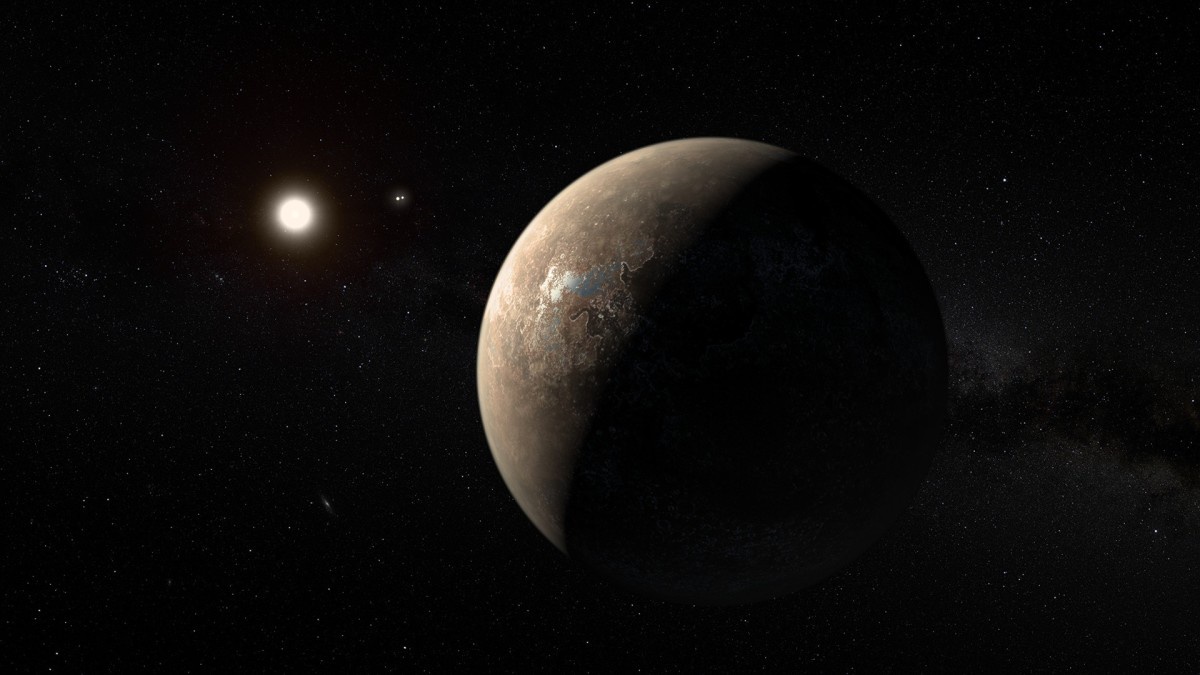 Exoplanets refer to planets that exist beyond the realm of our Solar System. Thousands of these planets have been observed in the past few decades by astronomers, with each of them holding unique properties and characteristics. Although technological limitations hinder up-close observations of these planets (at this time), scientists are able to infer a number of basic assumptions about each of the Exoplanets discovered. This includes their overall size, relative composition, suitability for life, and similarities to Earth.

In more recent years, space agencies around the world have devoted a substantial amount of attention to Earth-like planets in the far reaches of the Milky Way. So far, numerous planets have been discovered that maintain similar characteristics to our home world. The most notable of these Exoplanets is Proxima b; a planet orbiting in the habitable zone of Proxima Centauri. 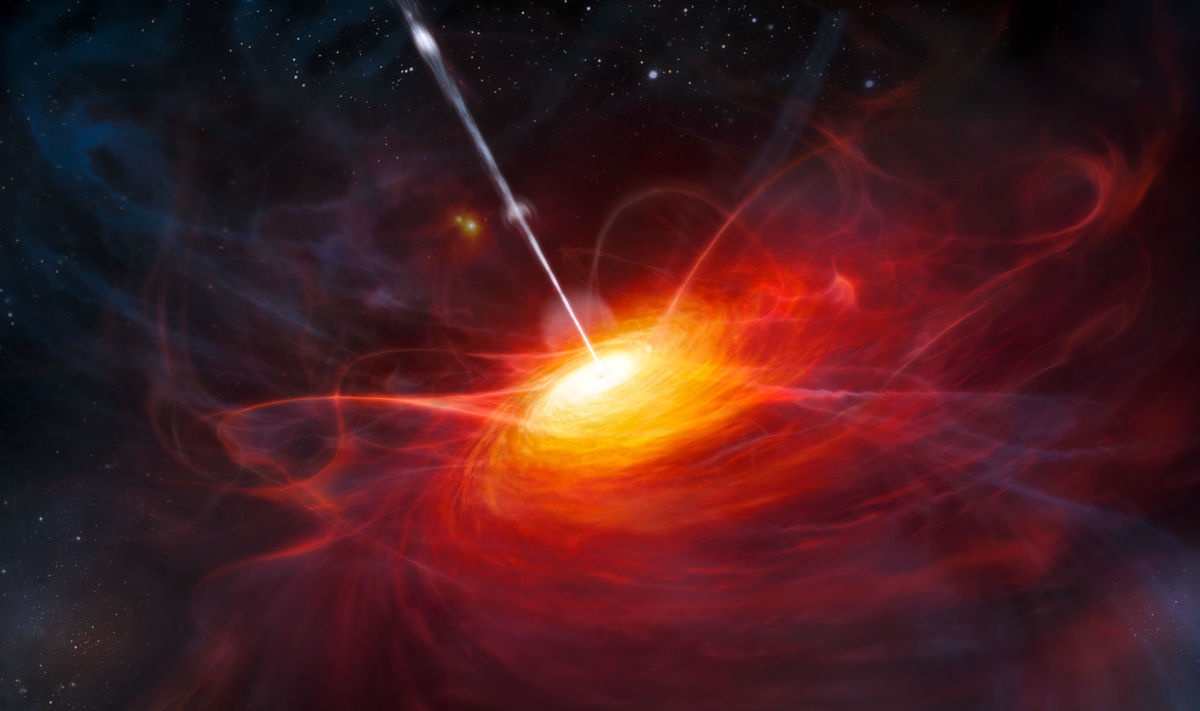 Quasars refer to extremely bright jets of light that are believed to be powered by supermassive black holes at the center of galaxies. Discovered nearly half a century ago, quasars are believed to result from light, gas, and dust being accelerated away from the edges of a black hole at the speed of light. Due to the hypervelocity of the light’s movement (and its concentration into a jet-like stream), the overall light emitted by a single quasar can be 10 to 100,000 times brighter than the Milky Way Galaxy itself. For this reason, quasars are currently considered the brightest objects known to exist in the universe. To put this in perspective, some of the brightest known quasars are believed to produce nearly 26 quadrillion times the amount of light as our Sun (Petersen, 132).

Despite this basic understanding of quasars, researchers still know relatively nothing about their overall function or purpose. For this reason, they are largely considered one of the strangest objects in existence. 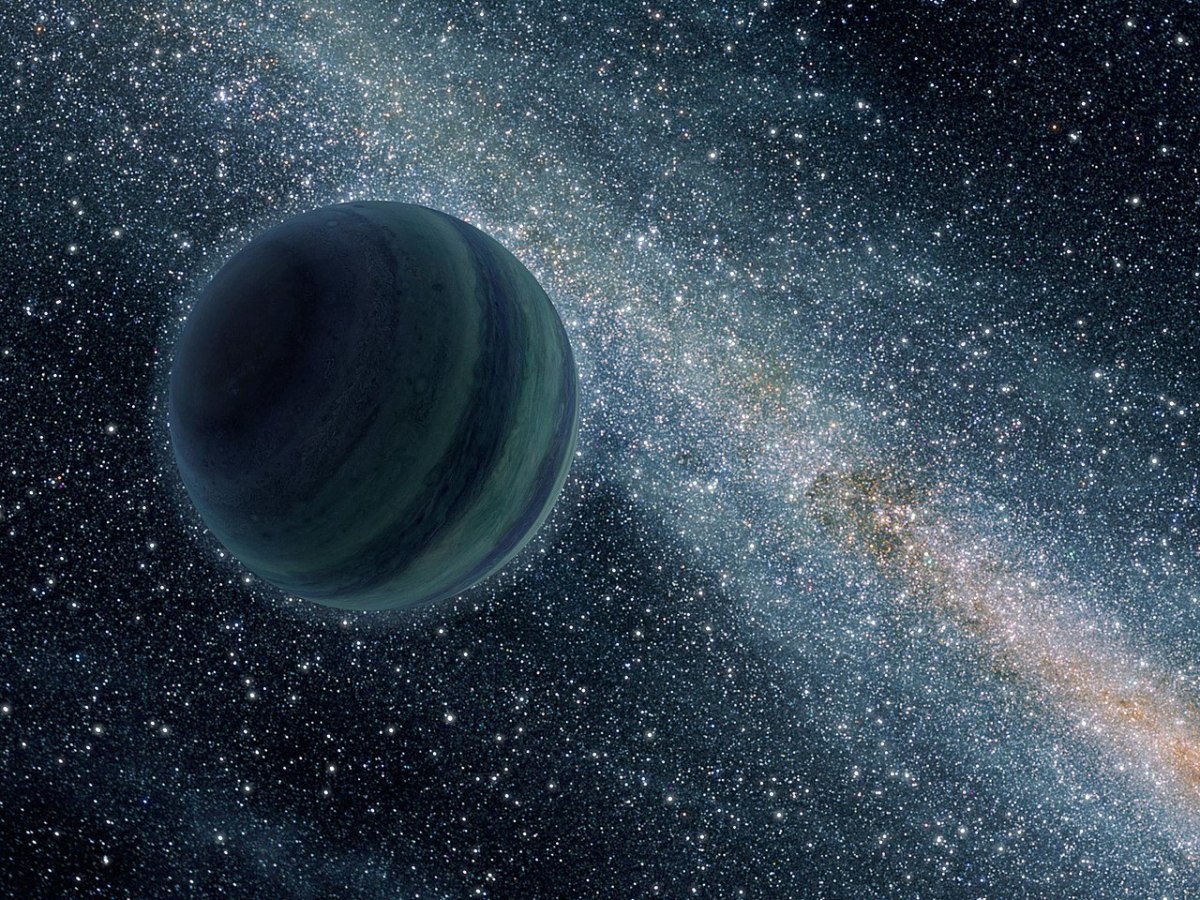 What are Rogue Planets?

Rogue Planets refer to planets that wander aimlessly throughout the Milky Way due to their ejection from the planetary system in which they formed. Bound only to the gravitational pull of the Milky Way’s center, Rogue Planets drift throughout space at incredibly high speeds. It is currently hypothesized that billions of Rogue Planets exist within the confines of our galaxy; however, only 20 have been observed from Earth (as of 2020).

Despite our basic assumptions about Rogue Planets, very little is known about these celestial objects, their origins, or eventual trajectories. For this reason, they are one of the strangest objects known to exist in the universe at this time. 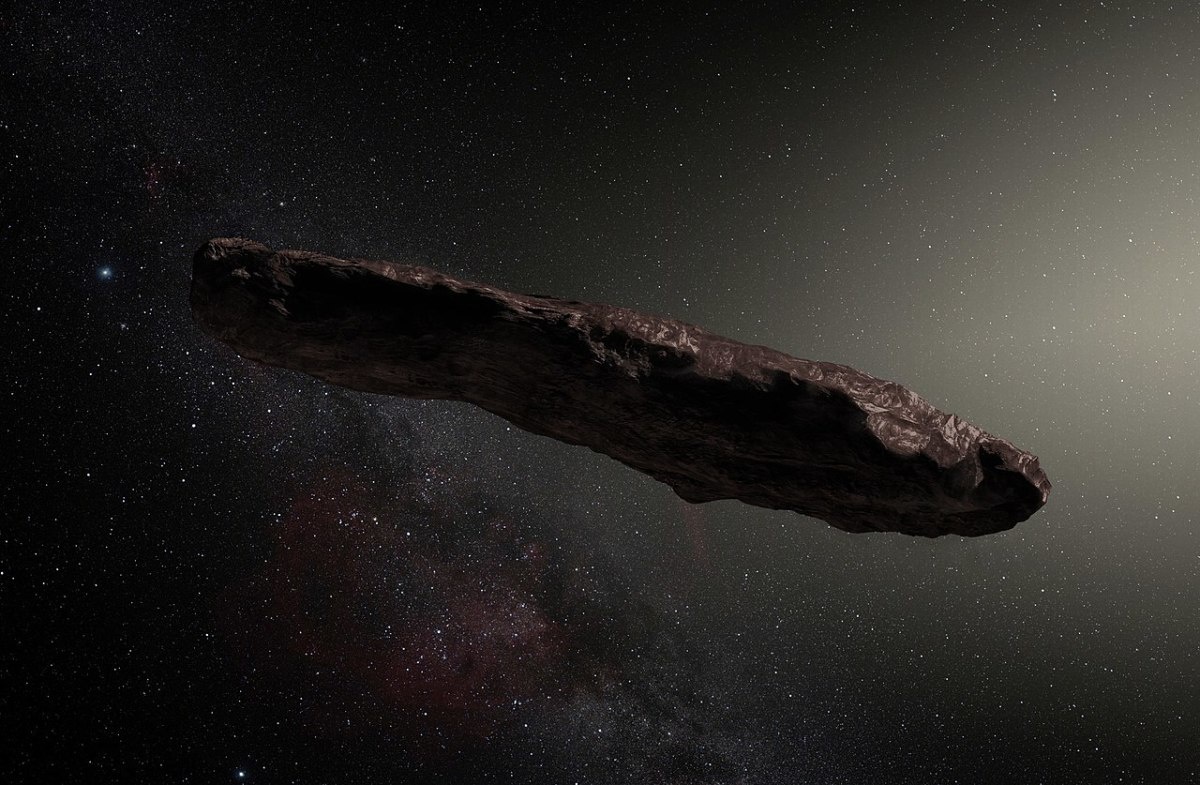 ‘Oumuamua refers to the first-known interstellar object to have passed through our Solar System in 2017. Observed by the Haleakala Observatory in Hawaii, the object was spotted approximately 21 million miles away from the Earth and was observed heading away from our Sun at a speed of 196,000 mph. Believed to have been nearly 3,280 feet long and approximately 548 feet wide, the strange object was observed with a dark red coloration along with a cigar-like appearance. Astronomers believe that the object was moving too fast to have originated from our Solar System, but have no leads in regard to its origin or development. What are Neutron Stars?

Neutron Stars are incredibly small stars the size of Earth-like cities, but which possess a total mass that exceeds 1.4 times that of our Sun. Neutron Stars are believed to result from the death of larger stars in excess of 4 to 8 times the mass of our Sun. As these stars explode and go supernova, the violent explosion often blows away the star’s outer layers leaving a small (but dense) core that continues to collapse (space.com). As gravity compresses the remnants of the core inward over time, the tight configuration of materials causes the former star’s protons and electrons to merge with one another, resulting in neutrons (hence the name, Neutron Star). 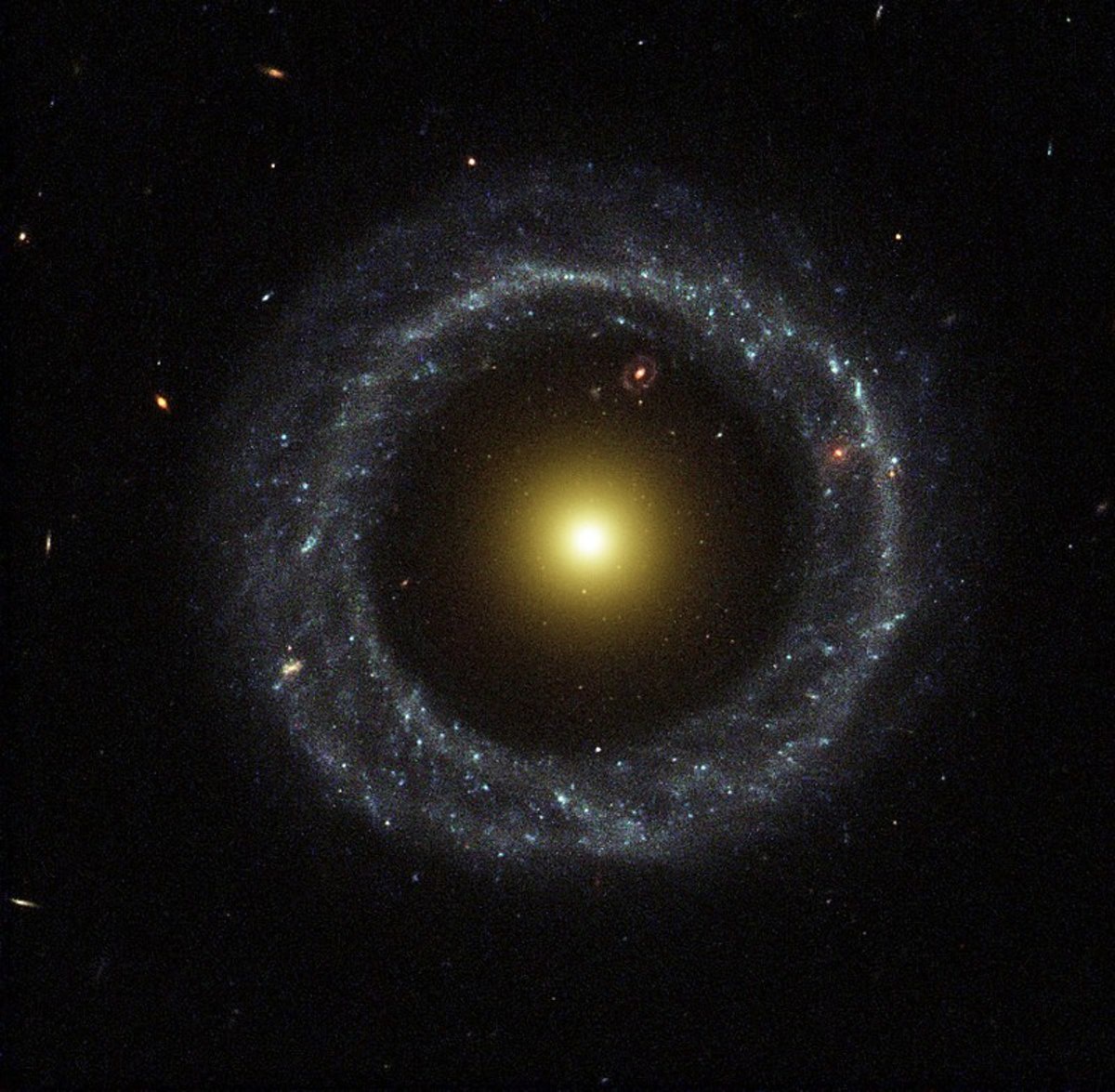 What is Hoag’s Object?

Hoag’s Object refers to a galaxy approximately 600 million light years away from Earth. The strange object is unique in the universe due to its unusual shape and design. Rather than following an elliptical or spiral-like shape (as most galaxies), Hoag’s Object possesses a yellow-like core surrounded by an outer ring of stars. First discovered by Arthur Hoag in 1950, the celestial object was originally believed to be a planetary nebula due to its unusual configuration. Later research, however, provided evidence of galactic properties due to the presence of numerous stars. Because of its unusual shape, Hoag’s Object was later designated as a “non-typical” ring galaxy situated approximately 600 million light years away from Earth. 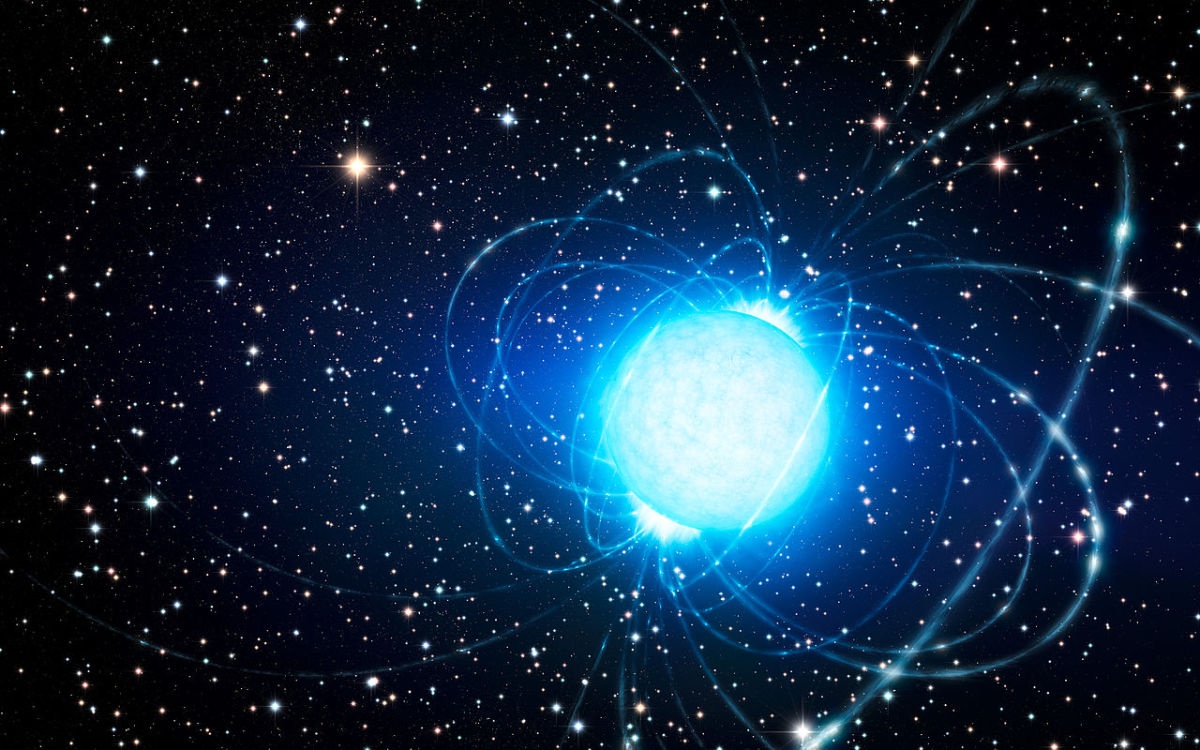 Magnetars are a type of Neutron Star first discovered in 1992 by Robert Duncan and Christopher Thompson. As their name implies, it is theorized that Magnetars possess extremely powerful magnetic fields that emit high-levels of electromagnetic radiation (in the form of X-rays and gamma rays) into space. It is currently estimated that the magnetic field of a Magnetar is approximately 1000 trillion times that of Earth’s magnetosphere. There are currently only 10 known Magnetars known to exist in the Milky Way at this time (as of 2020), but billions are believed to be present within the universe at large. They are easily the strangest object known to exist in the universe at this time due to their remarkable characteristics and unique properties.

Due to their tremendous distance from Earth, scientists know relatively nothing about Magnetars and their overall function in the universe. However, by studying the effects of starquakes on nearby systems, and by analyzing emission data (through radio and x-ray signals), scientists hope that Magnetars will one day provide key details to our early universe and its composition. Until additional discoveries are made, Magnetars will continue to be among the strangest known objects in our universe.

In closing, the universe contains literally billions of strange objects that defy the human imagination. From Magnetars to Dark Matter, scientists are continuously pressed to provide new theories pertaining to our universe at large. While numerous concepts exist to explain these strange objects, our understanding of these celestial bodies is greatly limited due to the scientific community’s inability to study many of these objects up-close. As technology continues to advance at an alarming pace, however, it will be interesting to see what new theories and concepts will be devised by astronomers regarding these fascinating objects in the future.VISUAL ARTS

Meet The most Educated Kenyan Musicians

Ruto Sponsors A Mega Project In Machakos, People Join Him In Praises.

Last Moments Of ICC Witness In DP Ruto's Case Revealed, Those Who Were Trailing Him Named