The 11-minute flight to the sky by a billionaire

Billionaire Jeff Bezos has made a short trip to the sky, on his first rocket trip, the new, New Shepard. 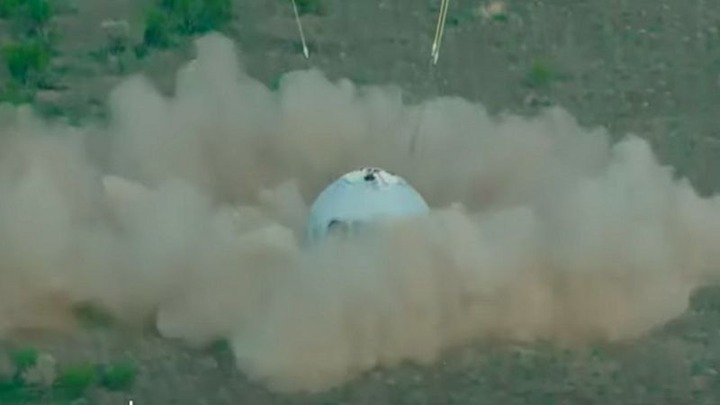 They traveled in a vessel with large windows that allowed them to see for themselves the magnificent pictures of the world.

When the vessel landed after a journey of more than 10 minutes, Jeff Bezos exclaimed: "Best day!".

The new facility, developed by Bezos company Blue Origin, is designed to cater to a special market for space tourists.

The founder of Amazon Bezos - and other allies in the "billionaire race to the skies" - have been criticized for offering what appears to be a recreational trip to the richest people.

Critics say the money they spend could be used to increase workers' salaries or intensify efforts to combat climate change.

However, Mr. bezos underscores the vision of the environment: "We need to deploy more industrialized industries, and all polluting industries deserve to be sent to space, to protect this beautiful planet Earth," he told MSNBC. 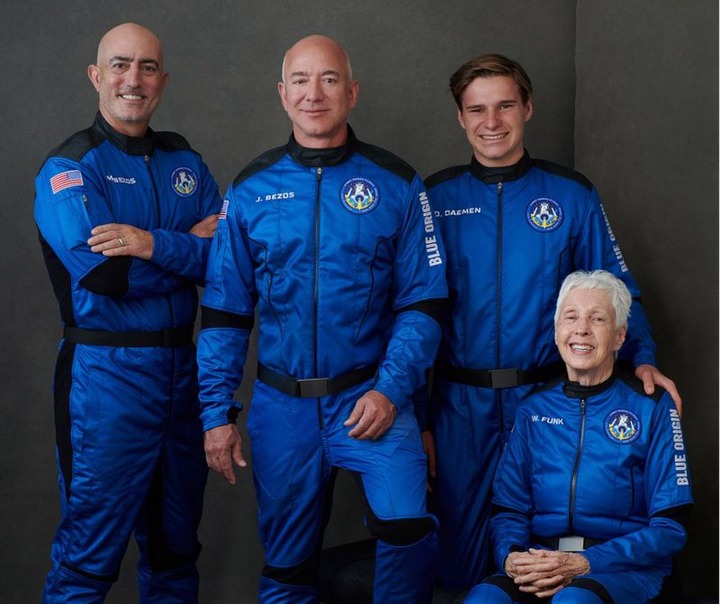 "It will take decades to achieve that goal, but we have to start small ... that's what this space tourism mission enables us to do, it enables us to practice regularly.

Mrs. Funk was the oldest man to travel in space - and the youngest was student Oliver Daemen. The vessel left at 14:12 BST (09:12 EDT) from a private launch site near Van Horn, Texas.

After the visit, Jeff Bezos said: "My expectations were high and high and very high."

Two minutes after the voyage, the spacecraft separated from its rocket and proceeded forward toward the Karman Line line - until the most recognizable in the sky, which is 100 meters high. the new astronauts shouted "wow!" and rejoice.

Jeff Bezos said he was shocked by the feeling of microgravity: "It was very normal," he explained.

Ms. Funk added: "It was a wonderful trip. I enjoyed it. I really want to come back." In the 1960s, Ms. Funk was one of a group of women known as Mercury 13. They received the same diagnostic tests as male astronauts, but did not fly under the US national space program

Mudavadi, Kalonzo And Wetangula Meets With Raila After Official Exit From NASA (Photos)

Long Term Investment; Profitable Venture to Make You a Millionare

Raila Meets Kalonzo, Mudavadi And Wetangula After Pulling Out of NASA in Mt Kenya, Details Revealed