"Billionaire should not Exist on Earth" Bezos Receives a shoker as he Prepares a journey to space.

By Entertainment.ke (self media writer) | 1 year ago 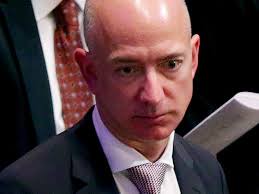 Jeff Bezos will be travelling to the space next month together with his brother. The journey is set to start on July 20, 2021. The days after Jeff Bezos Bezos announced the news, we saw two people file a petition for him to stop existing. Ten days later we saw thousands of followers signing the same.

It is claimed that 41,000 people signed a petition to stop him from existing on earth as he prepares a journey to space. The petition were filed in two different forms namely;one change.org petition tittled "do not allow Jeff Bezos to return to the Earth". Some of the signatories gave out the reason for signing the petition, which said that letting the Billionaire back into the earth is a privilege-not a right. The petitioners all said that Billionaire like Elon Musk and Bill Gates should also not exist to.

The second potion was termed " Not allow Jeff Bezos Re-entry into the Earth" after his journey to the space. It is reported that this one garnered over 18,000 signatories. Jose Ortiz, who set the petition, claimed that Bezos is "an evil overload hellbent on global domination".

Both the petitioners are aiming to get higher signatures to be signed under change.org. This news have raised more concerns among people in the world.

Content created and supplied by: Entertainment.ke (via Opera News )