By ServantNews (self media writer) | 16 days ago 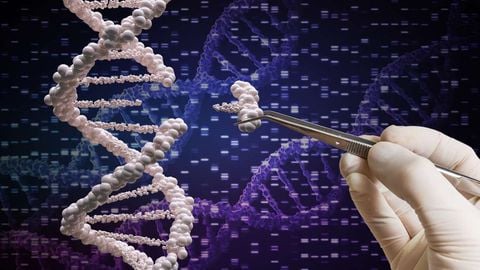 These is the hereditary material in humans and almost all other organisms.Almost every cell in a person's body has the same DNA,it's formation is stored as a code made up of four chemical bases.

A DNA test is performed by collecting a mouth cells found on the person's cheeks using acheek swab to collect samples for analysis.

A cording to the U.S National library of medicine,"human DNA consisist of three billion bases and more than 99 percent of this bases are the same in all human beings".

The sequence of this bases determine the information available for building and maintaining an organism,similar to the way in which letters of the alphabet appear in certain order to form words and sentences.

An important aspect in DNA is that it can replicate,make copies of itself as each strand in the double helix can serve as a pattern for doublicating the sequence of bases,as it's critical when cells divide because each new cell needs to have an exact copy of the DNA present in the old.

A research conducted by statex research of Nairobi in 2013 revealed that almost 30 percent of men in Nairobi could be raising children who may not be their biological kids,a sample conducted from 712 men aged between 24 to 60 years of age, revealed that three out of 10 married men were bringing up children sired by other men.

DNA in the current century has become a norm in proving patternity issues thus helping to deal with dead beat fathers and improving trust issues in marriages.Many families with parternal issues have moved into courts to seek legal justice for their children to get a share in their parent's lives or properties moreso upkeep.

Many have re-sorted to seeking legal DNA tests,rather than voluntary, as many people who have Marital issues concerning patternity cases tend to be in denial of taking up responsibility of raising their children thus leading to one of the partners seeking legal action on making the partner to take a DNA test to justify the claim.

Content created and supplied by: ServantNews (via Opera News )

Very Heavy Rainfall Expected To Persist In The Country. Check If You Will Be Affected