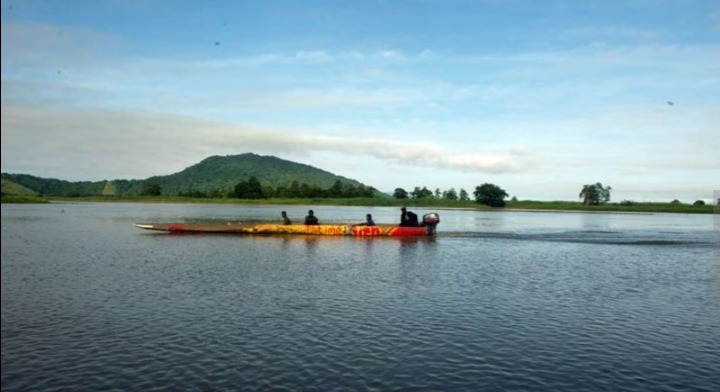 Before a guy can be called a real man, the Papuan tribe thinks he must go through a severe initiation. The Papuans live on Papua New Guinea, the world's second-largest island. The island, which is located to the north of Australia, has been the subject of much controversy for many years. Scholars, archaeologists, and academics have been more interested in the origins of these blacks who refuse to be labeled as African descendants for some years. 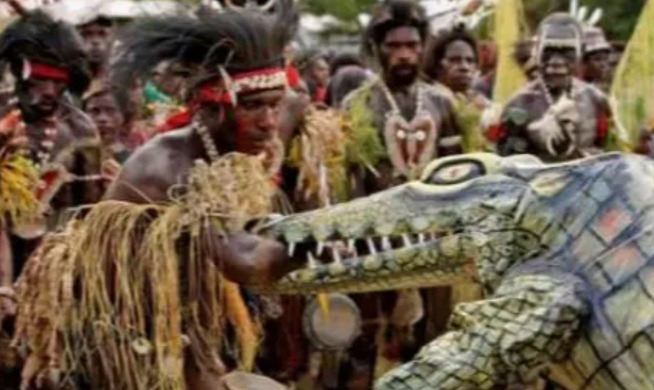 Many archaeologists have spent a significant portion of their life attempting to figure out how the first Papuans arrived on the island. It was established that some African settlers in Asia broke out and ended up on the island some 600,000 years ago. While this has been contested, a recent study claims that a break-out from an African migration 75,000 years ago resulted in the settlement of other parts of the world, including Papua New Guinea. Genetic tests back up the theory, revealing that roughly 2% of Papuan genomes are descended from an earlier group of Africans. 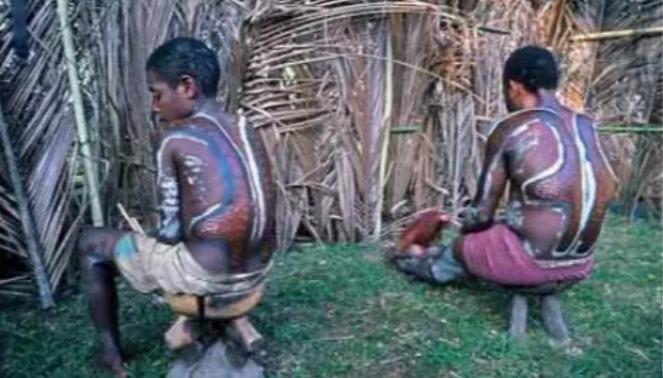 The Chambri people are one of numerous cultures and tribes with diverse ways of life among the people of Papa New Guinea. Because they live in the area around the Chambri Lakes, they are known as the Chambri. The Wombun, Indingai, and Kilimbit villages make up the region. The Chambri people have a unique culture that allows women to care for their families and choose their husbands, but one of their most popular, unique, and oldest cultural activities is the annual initiation ceremony ceremonies that usher boys into manhood and turn them into "crocodiles." 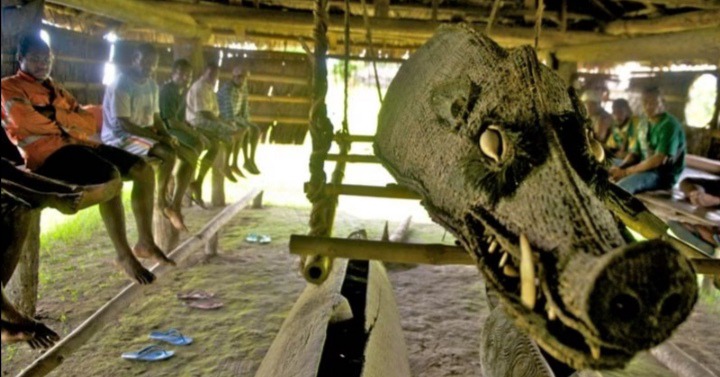 The crocodile is a sacred reptile to the Chambri people and a large portion of the population of Papua New Guinea. It represents strength, spirituality, and human survival. The crocodile is claimed to have moved from the Sepik River to Papua New Guinea, where they were converted into humans and began their lives. While this is mostly improbable, the area does contain a significant crocodile population, with many of them congregating around the Chambri Lake, indicating the Chambri people's strong regard for the lake. 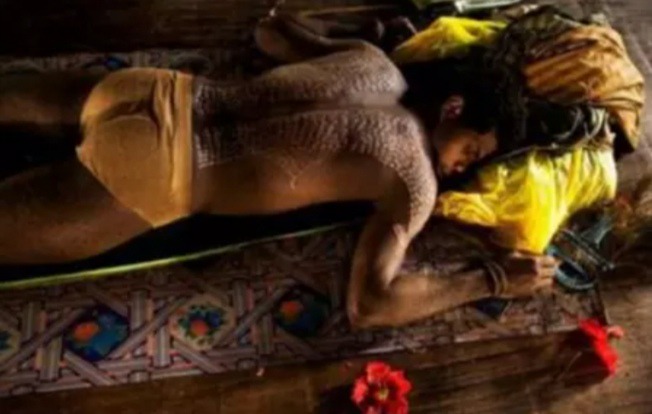 The initiation ceremony is also a way for the guys to honor the crocodile and keep its spirit alive. After a few ritual practices, a scale, like a pattern, is chosen for the boys. Oftentimes, the boys are given the patterns peculiar to the men in their family for easier identification, but on some special occasions, new patterns are chosen for the boys. Once settled, the boys are held down by older men in the family while the traditional or tribal leaders start cutting deep marks in the boys’ skins identified to be about 2 centimetres long. 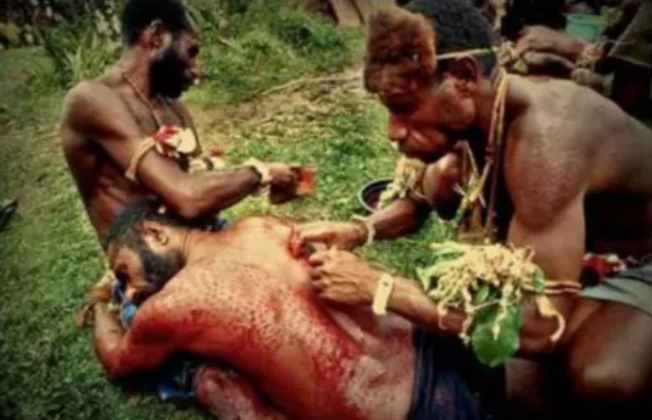 The cutting is done on the boys' backs and across their chests with a specially selected bamboo silver.The bloody ceremony takes a lot of skill and time and can last for as long as a month depending on the patterns. Boys who are about to become men undergo a skin cutting procedure that leaves them with crocodile-like scale marks. Every year, young boys and men between the ages of 11 and 20 who have shown enough potential, strength, and mental growth to be recognized as fully grown men, must attend the ceremony. Once chosen, the initiation process begins, which can take up to a month and can result in death. The boys are escorted inside the spiritual house by their relatives to begin the process. 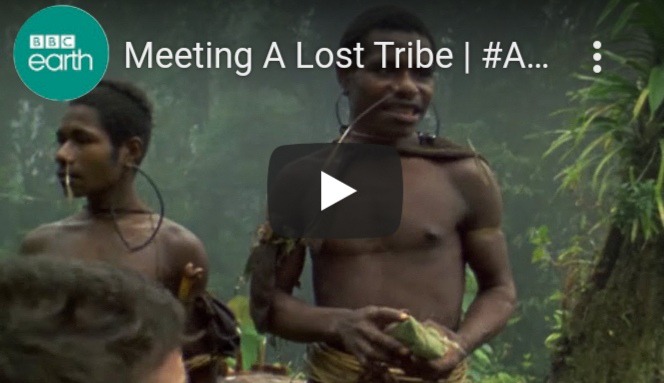 Boys are not allowed to show pain in any manner during the exercise in order to demonstrate their strength and endurance. The souls of the crocodiles enter the bodies of the lads through various cuts on their skins, teaching them endurance, discipline, and giving them strength for their new phase of life. A crocodile ghost lives in a man's body till he dies. The guys are then forced to lie very close to a fire with their open wounds, and the smoke is blasted into the wounds to blacken them.