Reasons Why The Sky Has Different Colours At Different Times. 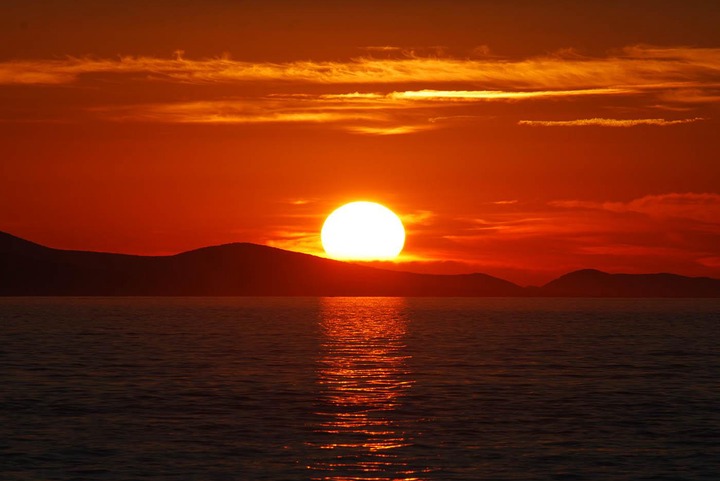 At noon, when the Sun is overhead it appears white. This is because the light travels a shorter distance through the atmosphere to get to us; it’s scattered very little, even the blue light. During the day the sky looks blue because it’s the blue light that gets scattered the most. It’s redirected into many different directions all over the sky, whereas the other wavelengths aren’t scattered as much.

In reality, violet light has a shorter wavelength compared to blue light and therefore it’s scattered more – so why isn’t the sky violet?

It’s because our eyes are actually more sensitive to detecting blue light and more of the sunlight coming into the Earth’s atmosphere is blue rather than violet.

During sunrise or sunset, the sky appears to change colour. When the Sun is low in the sky, the light has to travel a longer distance through the Earth’s atmosphere so we don’t see the blue light because it gets scattered away. Instead we see the red and orange light that travels towards us since this light hasn’t been scattered very much. Hence the Sun and skies look redder at dawn and dusk.

Other planets don’t have an atmosphere exactly like ours and so their skies would look different.

Mars’ atmosphere is much thinner than the Earth’s - less than 1%. The low density of air molecules means that the Rayleigh scattering, that causes our skies to be blue on Earth, has a very small effect on Mars.

We might expect it to have a very faint blue coloured sky but due to the haze of dust that remains suspended in the air, the daytime sky on Mars appears more yellow. This is because the larger dust particles absorb the short wavelength blue light and scatter the remaining colours to give a butterscotch hue over the Martian sky. 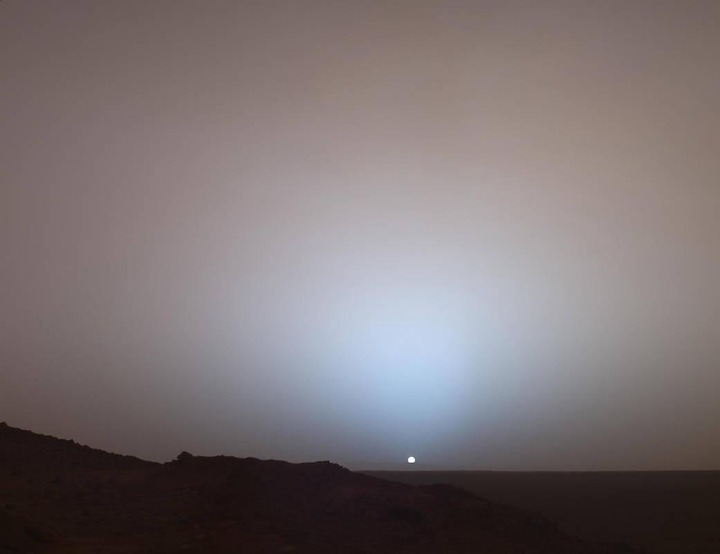 However during a sunrise and sunset on Mars, the sunlight travels a longer distance through its atmosphere and it’s alike to the thickness of the atmosphere on Earth. As such, the blue light gets scattered in all directions and the longer wavelengths of light don’t get scattered much at all providing a blue glow to the sky around the Sun in the hours around dawn and dusk.

Content created and supplied by: Jay. (via Opera News )