By THECENTRE (self media writer) | 29 days ago

If you've never toyed around with Google Earth weather for fun or strictly educational purposes then you've been missing out. There are so many cool and bizarre things you can see from satellite images that you're probably wouldn't catch if he didn't have a bird's eye view. Here are 10 places that you will not see in Google Earth 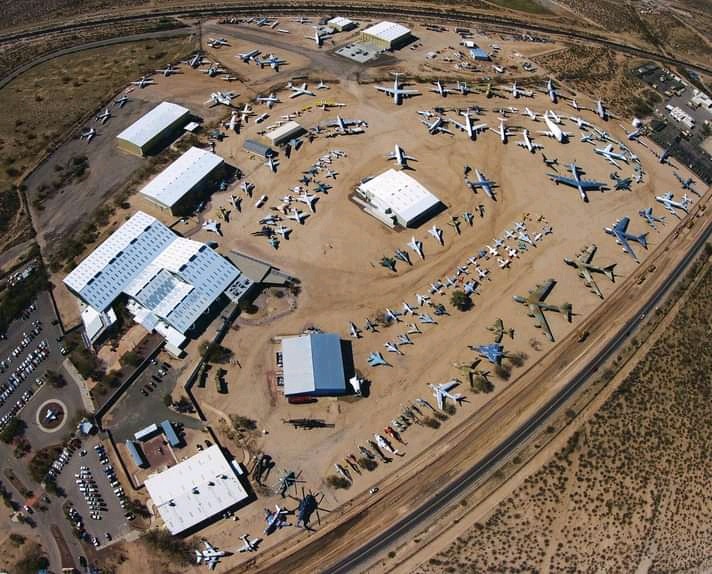 10. Airplane Graveyard In Tucson Arizona. Do you ever wonder what happens when airplanes get pulled out of use? Well, there are actual cemeteries for them.

They don't get buried like people instead an aircraft that is no longer in use just get sent to a special storage facility. Here they're left until their parts can be salvaged or reused later on. The airplane graveyard in Tucson Arizona is by far the largest in the world if you can easily see it from space. 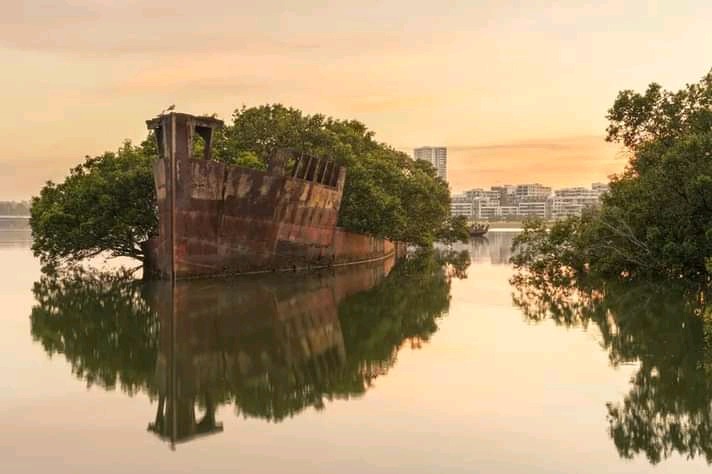 9. Overgrown Shipwrecked in Sydney Australia the SS Eyre field in Sydney's Homebush Bay is a reminder that this place used to be a major trading port. The ship was built in 1911 and managed to survive its days as a supply ship during the Second World War but in the end, it was decommissioned and left abandoned in the port.

Curiously enough nature took the freighter under its wing and the old rusty ship is now home to dozens of bushy trees that can even be seen from satellite.

7. Osment and Whitehorse in Sutton Point This early 19th-century sculpture in the United Kingdom was carved into the white chalk of the hillside. 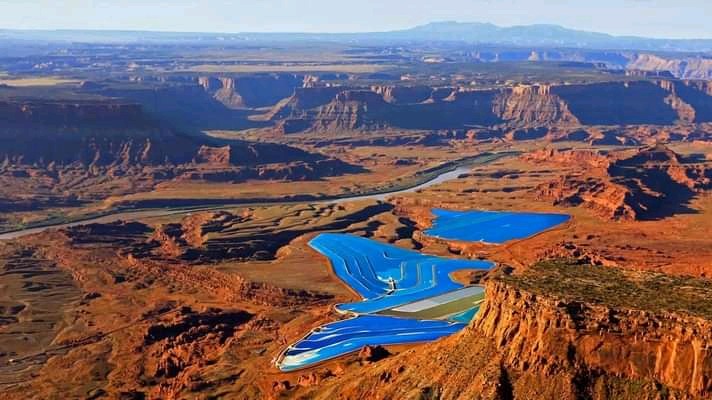 6. Potash Ponds in Utah. The last thing you'd expect to see in the yellowish-red landscapes of Utah is a bright blue spot that instantly catches your eye. These are ads and they do look so surreal.

5. The WAMP. This is a boat ship boat-shaped center in Kowloon, Hong Kong. Looking at this place from above you might start thinking what a giant tsunami it must have been to throw such a large ship so far. But worry not though because it's just a shopping center in Hong Kong.

It is however kind of a local hotspot so if you happen to find yourself in Kowloon, be sure to visit this boat.

4. Big Friendly Giant. Chile and Peru are famous for their Geographic peculiarity. for more than a thousand years, this particular giant was formed. It is a sight to behold indeed.

It's the largest human-like figure in the world and scientists believe it was a drawing of some deity of that time. 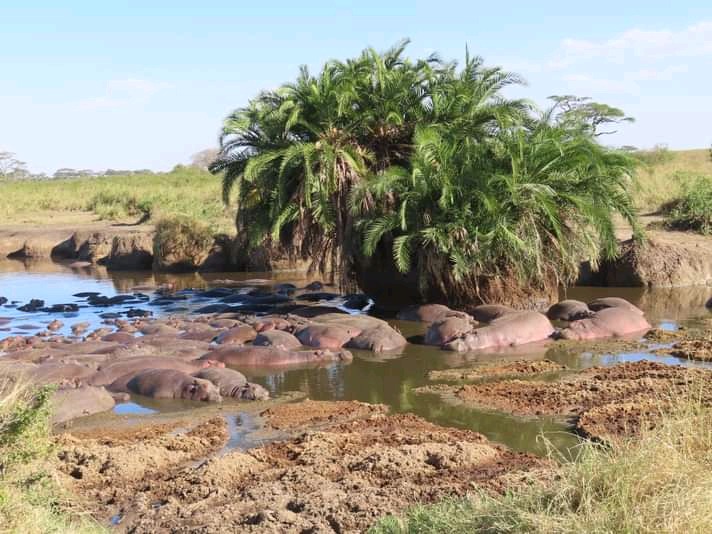 3. Hippo Pool in Tanzania. Ever wonder what a pool full of hippos looks like? Google Earth is full of little treats like this showing different animals photographed. These hippos do look adorable when they're so tiny like little hippo beans just don't get too close up.

2. Desert Lips in Sudan This is another natural formation that looks like it was made by humans, this is a pair of lips right in the desert. Some have called this phenomenon the smiling earth. It is probably too small in proportion to the overall size of our planet but still pretty cool.

1. Batman symbol in Okinawa Japan. Did you know that there is a large symbol of Bruce Wayne in Japan? Well, maybe the Dark knight resides in Japan instead of Gotham City.