The First Ever Robots That Can Reproduce 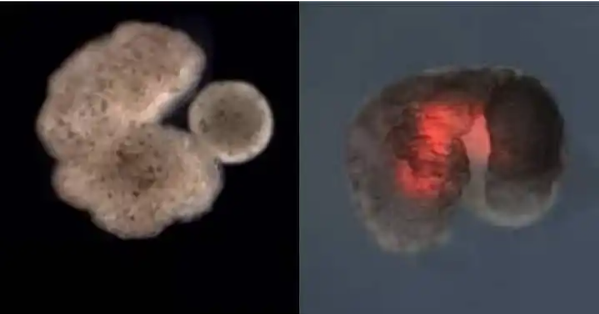 Scientists from America, who developed the first living robots referred to as xenobots, have now revealed that they are able to reproduce. They can do so in varied ways from animals and plants.

The xenobots were developed from stem cells belonging to the African clawed frog (xenopus laevis) and stand at 0.04 inches wide.

"I was astounded by it," said professor of Biology Levin Michael, as reported by CNN.

"Their demand Is high" added Michael, the director of Allen Discovery Center. When the reproductive cells are released, they develop new ways of reproducing.

The discovery was arrived at after the scientists obtained living stem cells from the robot's embryo and placed them for incubation without altering their genes."Most people think of robots as made of metals and ceramics but it's not so much what a robot is made from but what it does, which is act on its own on behalf of people," said Bongard Josh, a robotics expert.

Reproduction within the robot is believed to have kinetic replication which takes place only at molecular level rather than within the whole organism. Through artificial intelligence, the scientists were able to identify ways in which the robots could reproduce effeciently.

To do this, they assembled more tiny stem cells and placed them inside the robots mouth. The result was birth of new robots after a few days.

Because the idea of robots reproducing raised public concerns, the researchers opted that the robots should be kept under lock and key in the laboratory.

Also, they can easily be done away with since they aren't only biodegradable but are also controlled by ethics expertise.

Some of the reasons these robot inventions were made include using them in the collection of microplastics from oceans, regenerative medicine and inspection of root systems.