First world billionaire to take a trip to the space

By Kenkinyua1 (self media writer) | 1 year ago 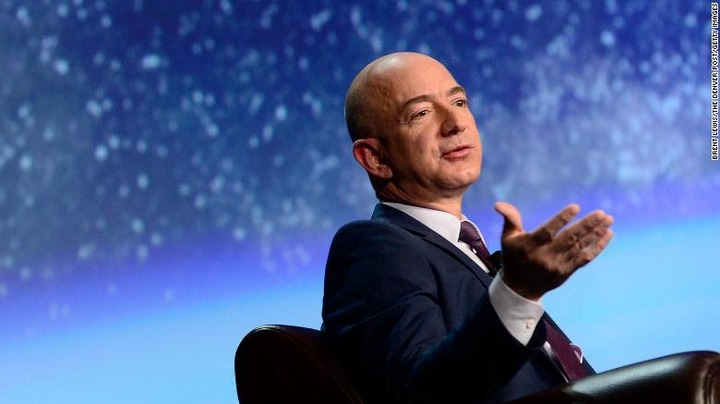 The dream to the space with the Blue Origin Space Exploration Centre is being validated as the company founded by Bezos in 2000 is doing all it takes to ascertain a safe travel for the crew on board before 2021 July launch dates. The company conducted more than a dozen test flights with no one on board at Blue Origin's facilities in rural Texas before they could allow any astronaut on board. It is now clear that the Amazon Ceo Jeff Bezos, one of the wealthiest man on the planet, will be among the first crew to board New Shepard the rocket ship made by Bezos' space company Blue Origin, on 20th July. His rocket will launch from the Blue Origin site in Van Horn, Texas, with the crew capsule separating from the rocket three minutes after liftoff. 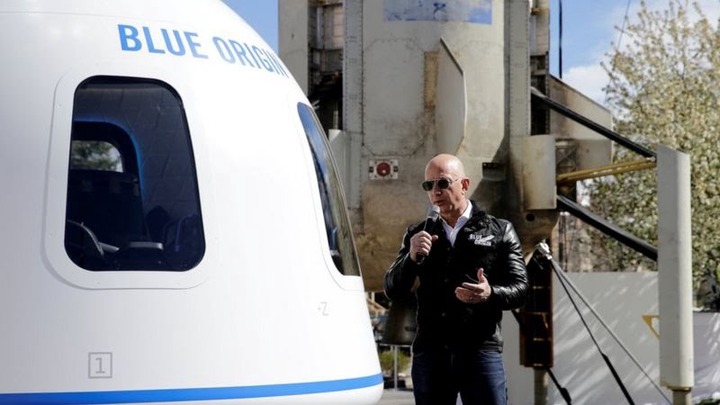 The capsule then descends and lands by parachute near the launch site as the rocket lands itself at the site. The craft operates autonomously and doesn't have a pilot.

Bezos will be flying to space 15 days before his official resignation as the Amazon Ceo. In his trip, he will be accompanied by his brother Mark Bezos.

The other member on board is a mystery bidder who has parted with possible £20m for a seat with the Amazon founder Jeff Bezos's first crewed spaceflight. The name of the bidder remains anonymous till the right time for the company to reveal the full name list of the special guests sitting next to Jeff and Mark Bezos. The capsule reaches apogee – the flight point farthest from Earth – in about the fourth minute. Reports from Blue Origin's website stated that the company's ship plans to launch its passengers more than 62 miles above the Earth's surface, allowing them to experience zero gravity. This is the first official attempt to the space for the billionaire's Blue Origin company to conduct with travellers on board. The trip is supposedly to take around ten to fifteen minutes with the crew on board to enjoy a fancy view of our planet, closer view of the moon and who knows what else one can one see from up there?? As the long journey is awaited, we will be the first to update you on every new story in this sumptuous trip. So don't forget to like and leave a comment as we got you covered anytime, anywhere.

Content created and supplied by: Kenkinyua1 (via Opera News )