By TAGGII (self media writer) | 3 months ago 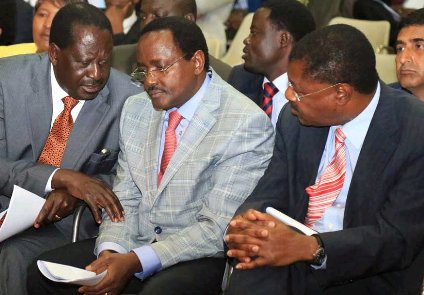 Lugari constituency member of parliament Hon Ayub Savula who doubles as the Amani National Congress(ANC) deputy party leader has today accused the Orange Democratic Movement(ODM) party of Greed as he reveals the two main reasons that have contributed to the fallout within the National Super Alliance coalition(NASA). 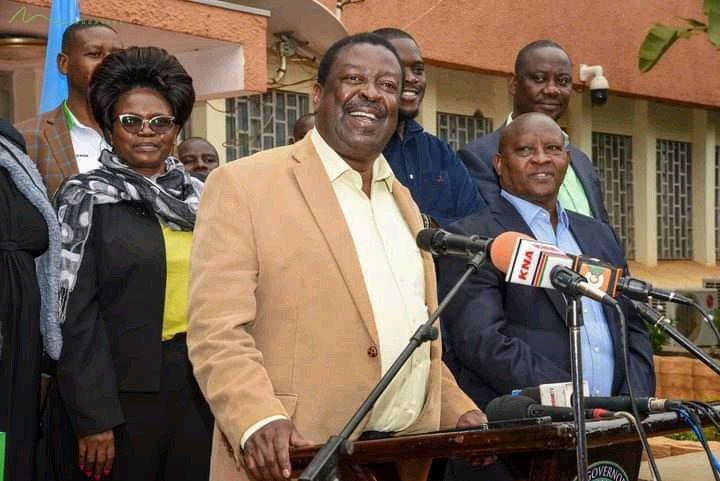 Hon Ayub Savula while speaking to the STANDARD newspaper today on Wednesday 28th of July, revealed that the ODM party has made people believe that the fallout within NASA was contributed by the scramble for political parties funds but there's is more.

According to the outspoken legislature, ODM is a party governed by greed, mistrust, and Conmanship, which are what has contributed to the collapse of NASA which was once a vibrant coalition until handshake.

"We(Wiper, ANC, FORD Kenya, and ODM) sig Ed a memorandum of agreement when NASA was being formed. However, the ODM party chose to defy the MoU by acting greedy and creating mistrust among us. The Collapse of NASA has been solely ODM party's fault," Hon Savula told the papers. 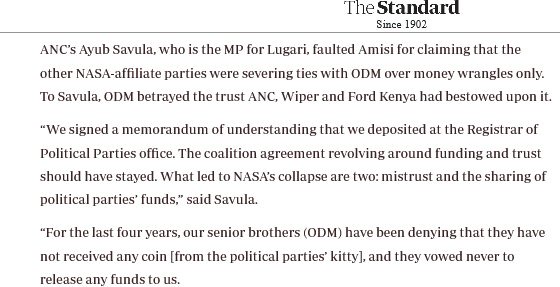