How Modern Numbers Were Created

By NastieEddie (self meida writer) | 29 days

Numbers have really changed the world in a lot of ways, in almost every field of study or professionalism; you will find elements of numbers in one way or the other. Of course, numbers didn’t just happen; there is a history to the numbers we currently use all over the world

May be you may wonder why number have such designs or nature, how did they come with such appearance like “012345678 and 9” You may be having ideas but may be not close to what am going to share with you. The first numbers were presented by things that looked like this in the image below

The Sumerians fixed this by creating different symbols with different values; things were cool until a guy called Abu Ja’far Muhammad. He was the greatest mathematician that ever and for him to be able to do mathematics effectively, he had to represent numbers with his own symbols 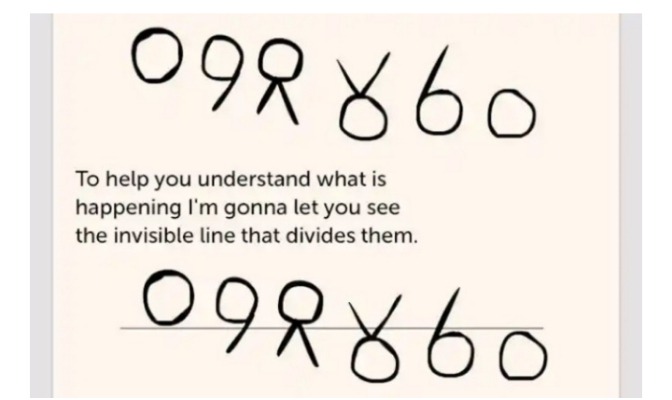 The value of the first numbers were given by their angles , in the case of four, people started shortening one of its arms and putting a new one on the other side but these gave out 5 angles instead of four. 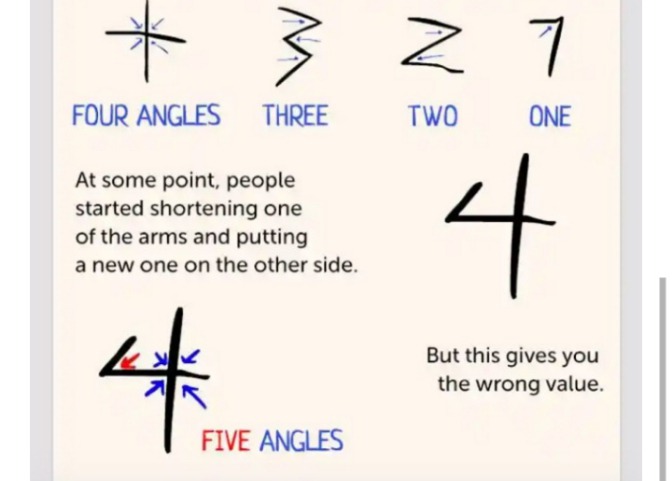 The other numbers from the great mathematician; the remaining ones apart from 1, 2, 3, and 4; they are divided by an invisible line across. The zero on the left it’s down the line, it’s like a closed fist it represents 5. What is on the line has a value of ten.

So to get from 5 to 7, you add one angle found in number 6 in the symbols that symbol to make it six. To get seven then you add the two angles on the symbol as shown 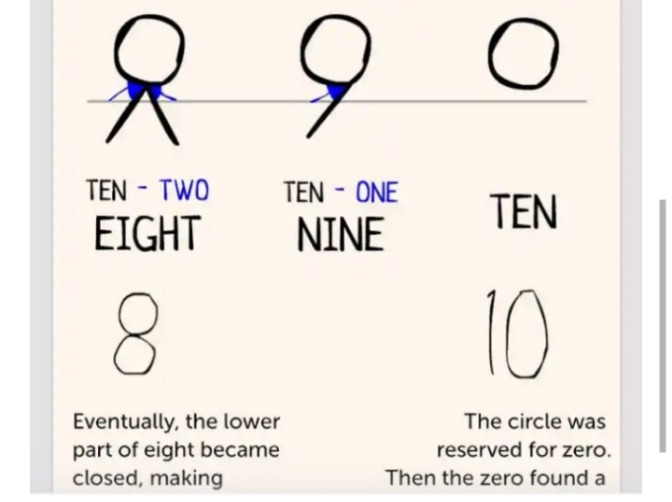 This is how seven and 5 came to be, first, the position of the line still remained, and as we all know, sometimes math is all about how fast you thinking and reasoning. So with time this numbers started having their currents shapes as shown 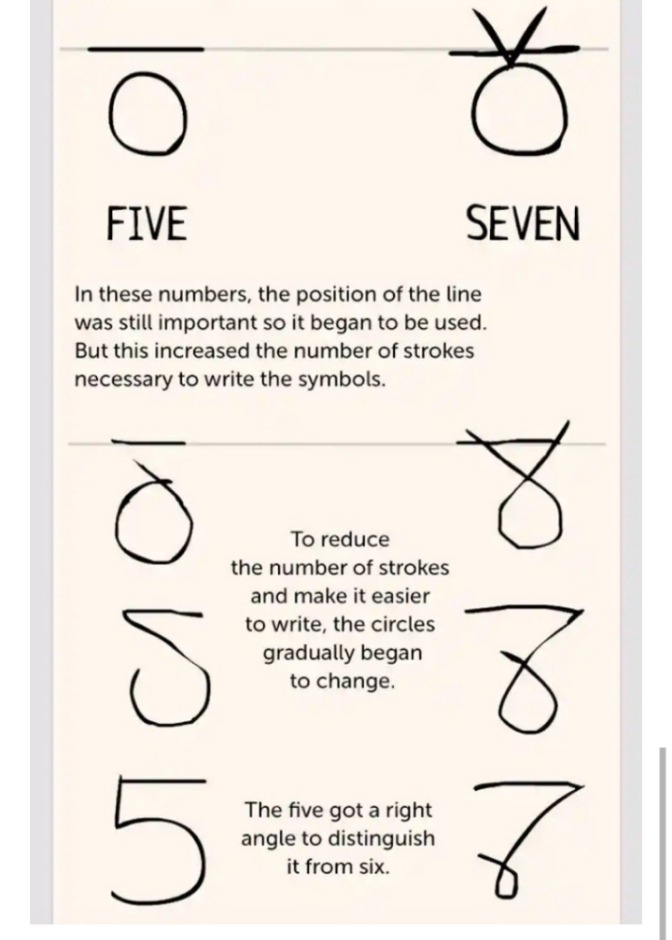 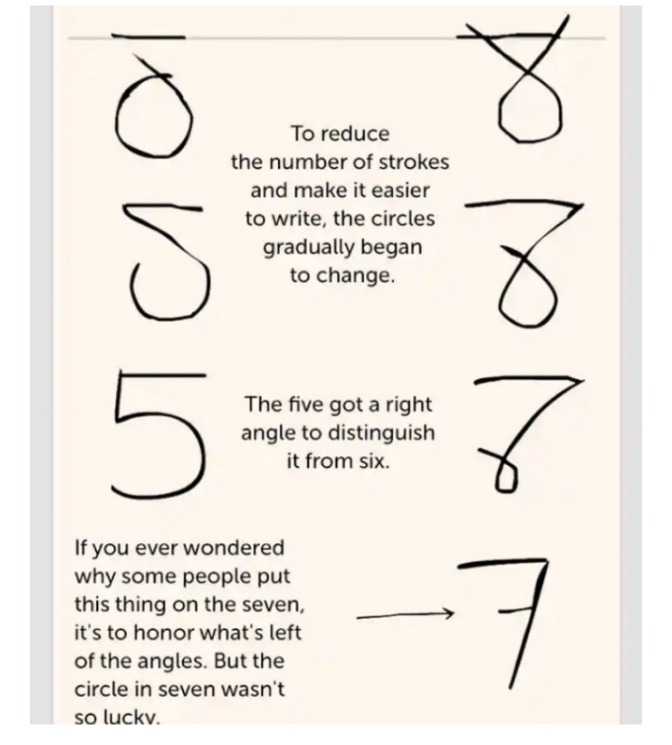 And finally we had our modern numbers 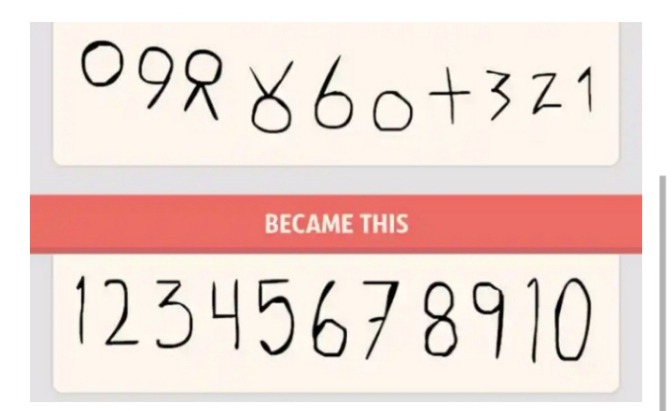