After Death of NASA, OKA Headed to The Grave as Gideon Moi Pulls Another Shocker 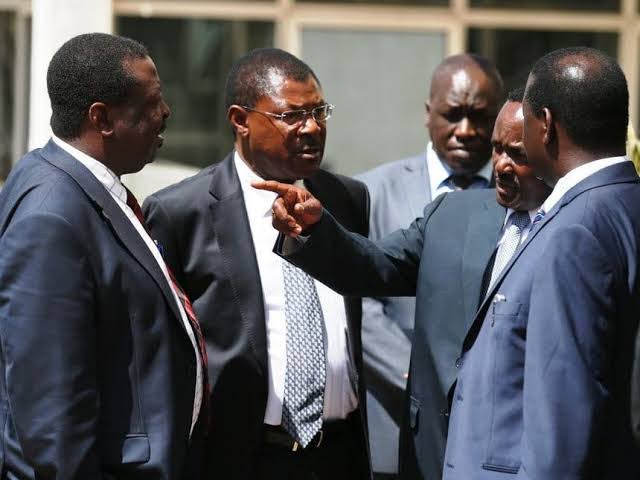 After the death of the National Super Alliance, the One Kenya Alliance is also headed to the grave as Kenya African National Union Party Leader Gideon Moi delivers a shocker.

The former National Super Alliance team despite coming up with a new formation which they branded as the OKA sidelining ODM Raila Odinga. The team made of Wiper, ANC, Ford Kenya, and KANU is recently headed to the grave after failure for the four leaders to agree on who to support ahead of the year 2022.

Wiper Party leader Kalonzo Musyoka has informed that he won't retreat to anyone and that he is eyeing the country's top seat come the next general election.

Kalonzo Musyoka's supporters have also warned him that he should not dare shelf his presidential interest in support of another Presidential candidate informing him that if he dares, then that will be his end.

“Should our party leader ever decide to support the Rt. Hon Raila Amolo Odinga for the presidency, we respectfully assure him of two very painful outcomes,” the Kamba leaders have said in a statement. 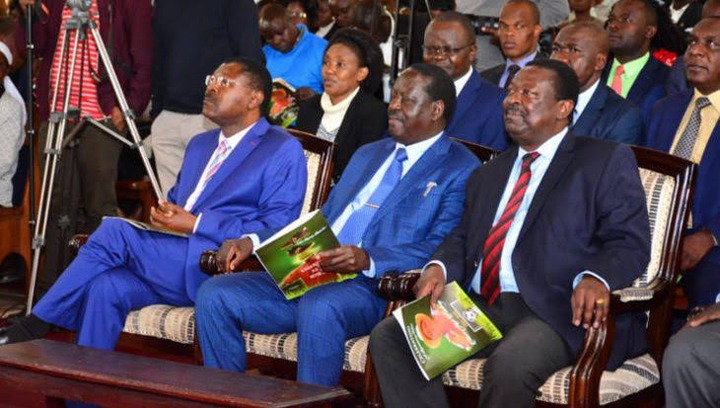 Amani National Congress Party Leader Musalia Mudavadi has also been receiving pressure from his community hence informing that his focus is the presidency.

Musalia Mudavadi has stated clearly that he will not drop his presidential bid to support a candidate outside, including kicking off his campaign across various parts of the country.

Kenya African National Union Party Leader Gideon Moi has also informed that he is focused on succeeding President Uhuru with his party's Secretary-General Nick Salat informing that Any time from now, Gideon Moi will make a major announcement that must shake the world. BBI ruling destroyed OKA."

The move by the three leaders not to settle on one presidential candidate is a clear show that the OKA is headed nowhere and may like to suffer the same fate as NASA.