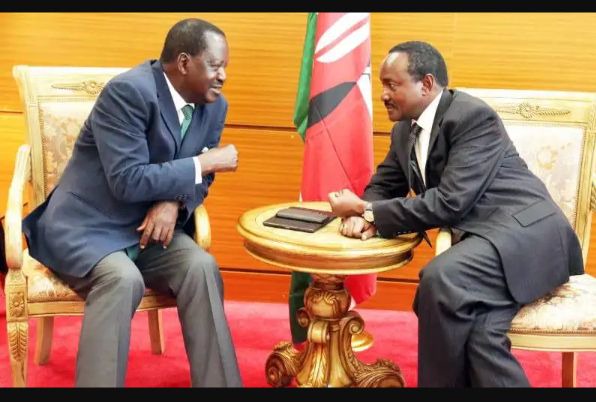 Kalonzo and Raila are said to hold secret power talks ahead of 2022 elections that could see them work together once again.

Both ODM leader Raila Odinga and Wiper leader Kalonzo Musyoka are convinced that if they party ways then Deputy President William Ruto will have a chance to defeat them in the State House race.

There are also efforts to bring rhe Amani National Congress (ANC) leader Musalia Mudavadi, but he is proving to be difficult to convince. The former vice president has vowed he will be in presidential ballot box come 2022.

The Wiper National executive Committee tasked their leader Kalonzo Musyoka to lead them into a coalition that will form the next government in the next general elections. 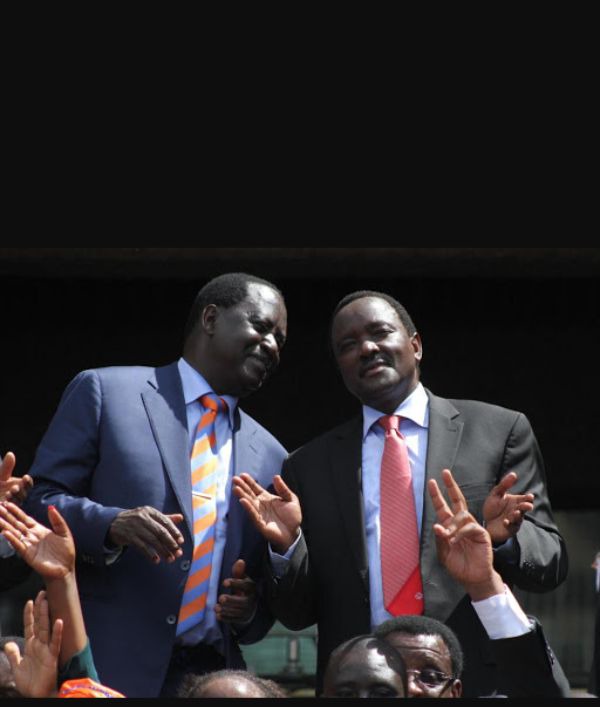 Kibwezi Member of Parliament Jessica Mbalu said that they want to form a bigger coalition that will unite all Kenyans, and they are not divorcing with the Orange Democratic Movement but they want want to form new structure.

“If both Kalonzo and Raila realise that it is in their best interest to work together, then chances are very high they will,” Kathiani Member of Parliament Robert Mbui said.

“It doesn’t matter what ones says. I can tell you that there is nothing which is impossible,” he added.

The other concern that may force Kalonzo and Raila to work together, is the feeling that the ANC leader Musalia Mudavadi want to be the flagbearer of One Kenya Alliance.

The Wiper leaders believe that Musalia Mudavadi is proving to be difficult in One Kenya Alliance.

“ANC leader believes it’s him and nothing else. We shall leave and run separately, if that continues,” one Wiper leader said.

“We can as well unite with Raila Odinga because we don’t have any problem with him. The only team we can not join is the Hustler nation,” he added.

Content created and supplied by: Clinton356 (via Opera News )

Eyes On CS Matiang'i, Kinoti, Kibochi, Mutyambai As Ruto Likely To Be Sworn In On August 30

Professor Peter Kagwanja Alleges What Ruto Told Him In 2012 About His Presidential Bid.