In what seems to be the rebirth of National Super Alliance (NASA), Hustler Nation Intelligence Bureau (HNIB) Dennis Itumbi have revealed a secret political pact between the former prime minister Raila Odinga and the One Kenya Alliance (OKA) principals ahead of the 2022 general elections. 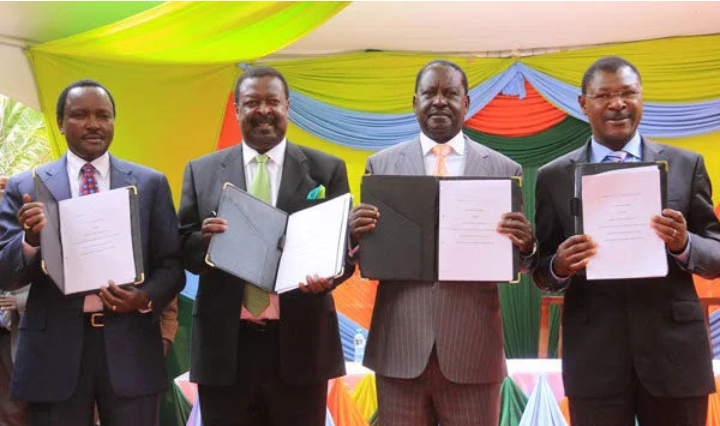 Dennis Itumbi used his official Twitter handle to reveal the secret where he claimed that the pact have attracted the attention of Cyrus Jirongo. 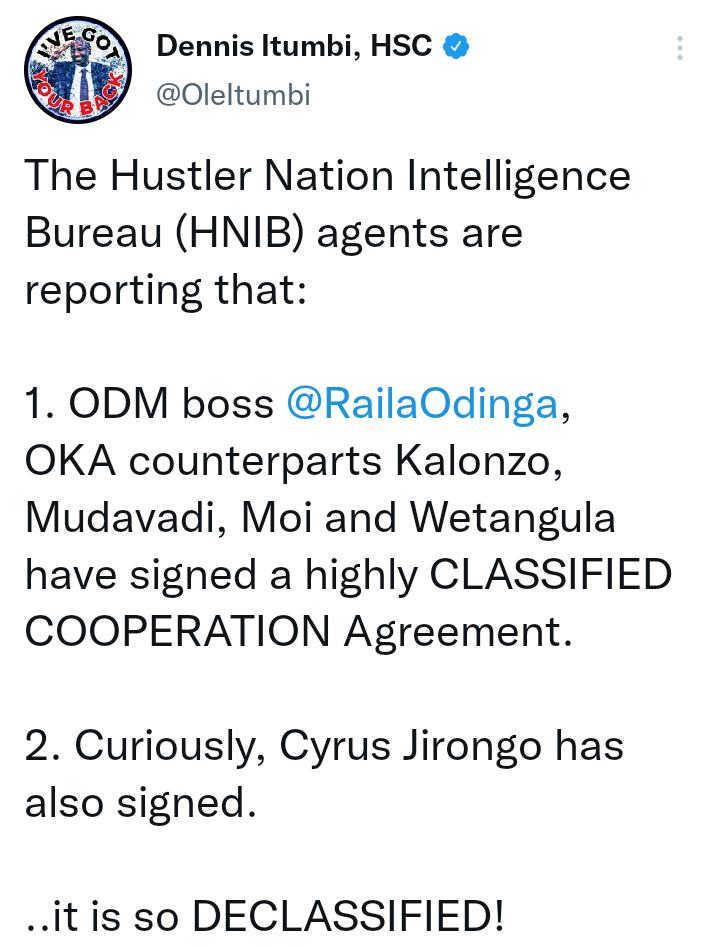 The other agreements are as shown in the screenshots below. 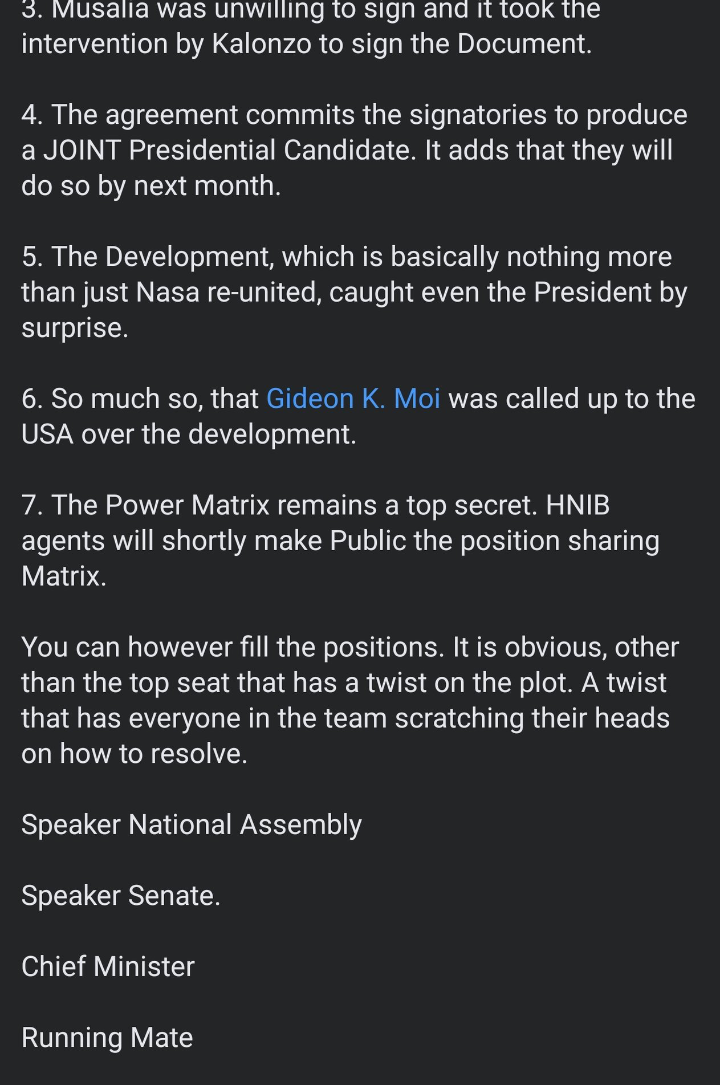 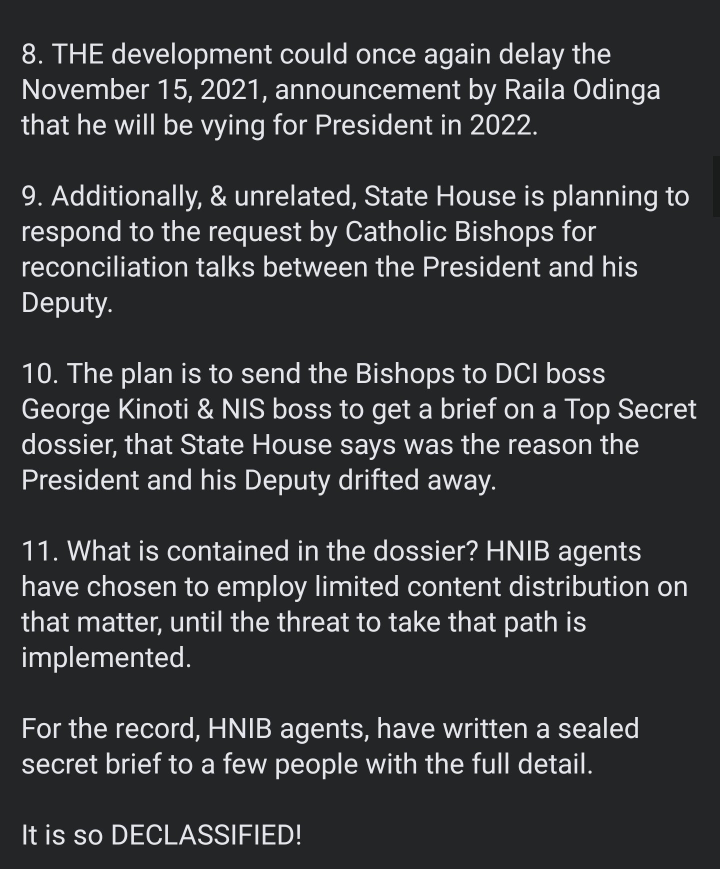 The revelation is therefore set to delay the former prime ministers' political plans since he has to first consult with the other principals so as to reach a solid and binding agreement.

WHO, Government And Ministry Of Health Make A Major Announcement To The Public