The Only Animal On Earth That Has The Longest Pregnancy Period In The World.

Pregnancy length can vary significantly by species. The species name is anguineus, which derives from the Latin for snakelike, which only partly conveys its bizarre appearance. Frilled sharks are also called living fossils because they’ve hardly changed over millions of years.

One of the main reasons for their unchanging appearance is that they’ve completely adapted to deep water habitat and at depths of about 1000 meters, there is hardly any competition from other sharks. This could be due to the intense cold of its deep-sea habitat slowing its metabolic processes to a crawl. Other deep dwelling animals may have similarly extended gestation periods.

The 22-month gestation period of the African elephant is the longest among the land mammals. But this is far surpassed by the eel-like frilled shark (Chlamydoselachus anguineus) found off the coasts of South Africa and Chile, which Japanese scientists have shown to have a gestation period that may be as long as 42 months. 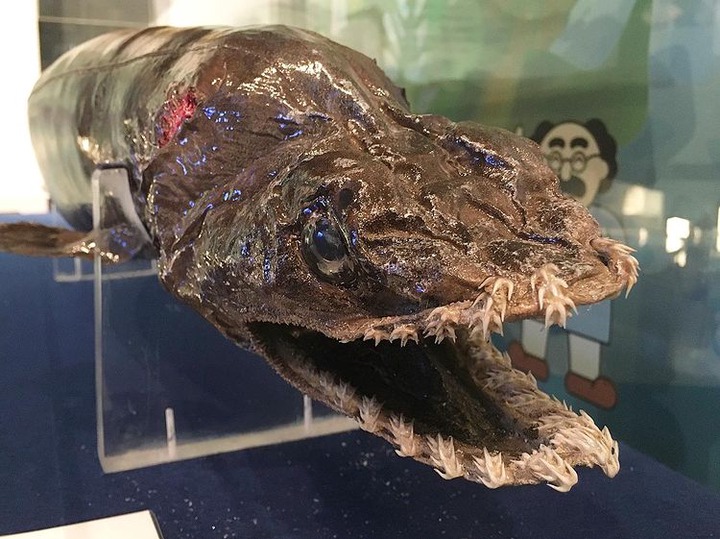 Unlike many other animals, they do not connect with their young through a placenta. Rather, they produce via internal fertilization and the embryos survive by gaining nutrition from yolk sacs. These sharks give birth to live young but only do so once the young sharks are already equipped to survive on their own. Because of this, they may have the longest gestation period of any animal at around 42 months.

Frilled Sharks live a long, happy life. They usually pass away at around 25 years of age. But because scientists have trouble tracking Frilled Sharks for long periods, this is only an estimation based on specimens gathered.