By Timothyarapkibet (self meida writer) | 1 months

In 2011 shortly before midnight at the eve of new year, In the town of Beebe Arkansas, United States of America thousands of blackbirds begun to fall from the sky. The next day a clean up was done and 5000 blackbirds were collected. Up to now nobody knows where the birds came from.

The fire eagle nest is a gloomy dark mount towers over the bright green landscape of the Russian Taiga. The feature appears like a nest with an egg inside.

Many theories have been developed to explains this feature but non seems to satisfy the human mind. Historians say it is as a result of a volcanic eruptions. The mystery of the nest gets worse as it seems to be alive, it changes shape by day and trees within its vicinity grow more rapidly.

Roy Sullivan is the man that went on the Guinness world book of records for having been struck 7 times by lighting and survived all. To be struck by lighting equals to be struck by 100 million Volts of electricity.

Roy earned the tittle" the unluckiest man ". He was a game ranger in Virginia, his first struck was in 1942 and again in 1969, his bad luck came in 1970's where he was stuck 5 times. The last struck left him with a nasty chest and lame hand. Nobody knows how Roy survived all this, how he was a conductor is left for the gods. 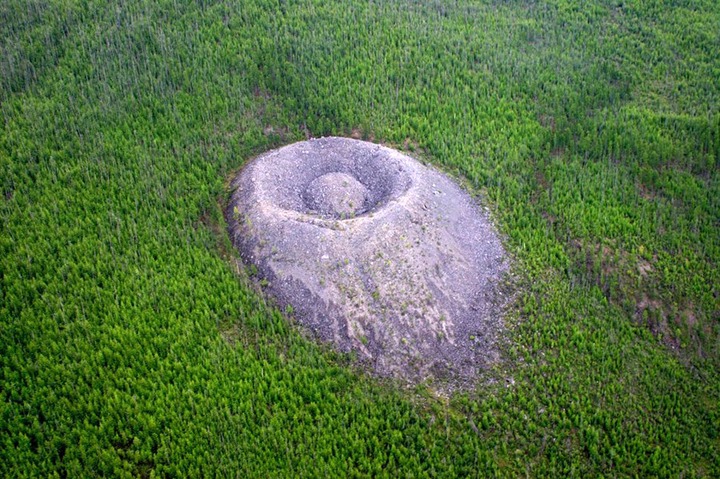 In 2018 a video was captured of earth rising and falling as if breathing in the forest of Sacre-Coeur, Quebec.

Scientists have tried to explain this with an obvious reason that the phenomenon is as result of the ground being saturated and windy conditions but it seems there is more than that.

In October 2015 the world was shocked by the mysterious city in the sky sited in Fushun, China. Looking up the sky hundreds of people reported to have seen a rising city in the mist.

Evidence if the phenomenon was recorded. There were a lot of theories of the city in the sky, some directed blames on NASA for projecting halograms onto the sky, some say it was an evidence of a parallel universe while others hold that it was a kind of religious second coming.

Content created and supplied by: Timothyarapkibet (via Opera News )