The secrets to long life on earth

Jeanne Calment from France, the world's longest-lived human, reached 122 years and 164 days according to Guinness. 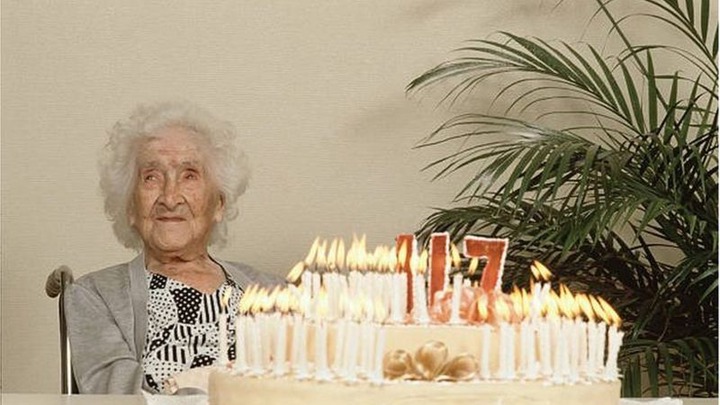 In different faiths, longevity has its destiny, but scientifically, there are very clear reasons that scientists have researched and proved that they have the ability to interpret and determine how old a human being can live.

It is possible though difficult to decide by common sense and it is easy to imagine that it is beyond your control. But researchers point out that among other things, what you eat or drink at bedtime has a profound effect on how long you live.

The World Health Organization (WHO) currently states that the average life expectancy in the world is 72 years, of which a man is 69 years and 8 months and a woman is 74 and two months.

There are no major secrets to enabling you to live longer, and those five secrets are being revealed by scientists.

It is simply a matter of saying, sugar is bad, and its badness is matched by the type of sugar. There are about 17 different types of sugar, but the worst sugar is the one you add to your diet. Despite its importance to the body, the most recommended sugar is the one found in foods we eat without directing it.

It is about an average of no more than 30 grams per day. But the World Health Organization (WHO) recommends daily consumption of at least two teaspoons or less than 10 grams.

If you use this you will be fine, but if you completely avoid the extra sugar that is widely used for example in things like tea, drinks like soda, 'ice cream', cakes and more, you will put yourself in a better position to avoid illness, sleep well and sleep problems.

It is especially common in the morning to find people drinking tea. Tea is a popular item in many parts of the world, despite the presence of other beverages. In places where its people live longer they consume green tea 'along with other beverages such as water, coffee, and red wine.

One of the benefits of green tea is that it contains antioxidants, which are very important in protecting the body's cells against heart disease, cancer and other diseases.

Researchers say that if you drink it without sugar, it will work better for your body than regular tea or coffee. In many places its long-lived people, including Japan, use more 'green tea'.

You may be surprised by this, wondering how it is possible that Red Wine became something that could help a person to live many years. author and researcher Dan Buettner acknowledges this drinking of wine and the result is confusing because it seems as if research is touting alcohol consumption as a good thing for health.

"I understand that recent studies show that alcohol increases the risk of developing breast cancer in women and other ailments. But I can tell you that in five places where older people live, they consume this drink per day," he said.

In this regard, scientist Dr. Kristen Willeumier explains the difference in the Well + Good post on the subject that "Alcohol at first seems like it can be calming, but when it is concentrated, it can disturb you and keep you awake."

This is a clear but unacceptable secret from the society that believes that it is better to overcome hunger than to sleep without eating. In the area of ​​Okinawa, Japan, its people are said to abstain from eating at night and those who do so eat up to 3 hours before going to bed.

Those who eat that supper eat very little food which does not reach or a quarter of the food eaten during the day. “Food that stimulates the body to allow insulin, which works in contrast to the hormone that helps the body sleep, melatonin.

"Eating too much or eating too close to bedtime will damage the melatonin production system in your body and make it harder for you to sleep, or you may not get enough sleep or sleep," explains another expert, Whitney English Tabaie, RDN.

5. Eat bread made from empty grains

Empty grain breads contain nutrients and minerals such as tryptophan and magnesium; which is said to support the level of serotonin in the body which is a weapon of melatonin production which helps you to be less anxious and sleep better.

Although there are researchers who look at it differently, other studies clearly agree that eating early, little or no food at night helps to build your health, helps to calm your body and relax at acceptable levels.

Dr. Kristen Willeumier says, it is possible to be old, with a healthy, healthy, long-rested body and this is possible by reducing excess sugar, drinking 'green tea', red tea, eating whole grain bread empty and do not eat and then go to sleep.

GOK's Strategy on How to Eradicate the Delta Variant Strain

What Next for Kenya as MOH Updates about 1,085 Positive Cases and 25 Deaths in the Last 24 Hours

Some 2020 KCSE Students To Miss The Following