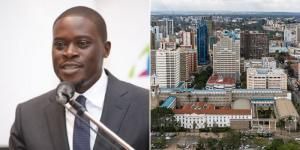 Nairobi governor, Johnson Sakaja, was on Friday, December 2, forced to clarify his decision to spare churches in the crackdown on noise polluters.

Sakaja stated that places of worship, including mosques and churches, accused of noise pollution in Nairobi residential areas would be revisited in due course.

He also noted that his government opted to engage all relevant stakeholders regarding the concerns raised before banning night church services, popularly known as "keshas".

"Even with the nightclubs; we didn’t start by shutting them down. We spoke to them over time, and they agreed to comply but some ignored then we took action," Sakaja noted.

"We are asking churches and mosques to be considerate, and we will have a discussion with them. There will be order.”

His sentiments were echoed by Kileleshwa Ward Representative Robert Alai, who asserted that dialogue would help to solve the problem amicably.

"Starting with dialogue and then even inviting them some more and only enforcing when dialogue fails is the way," he stated.

Sakaja's response followed critics from various quarters piling pressure on the Governor to extend the crackdown to churches.

The critics insisted that noise pollution from churches and other places should have been addressed, especially in residential areas.

"Why would churches be allowed to make noise on a Friday night when the day of worship is Saturday and Sunday? Churches, should not be within residentials, they should be outside the residential area. The building must meet the standards not iron sheets," a social media user opined.

“People should worship alone. Putting speakers outside churches should end. The noise from mosques should end as well. We are in 2022. If you want to wake up and go pray you don't have to wake me up with your loud announcements," another user added.

The uproar came barely a day after his announcement that churches in Nairobi would not be closed and instead offered a chance for dialogue.

"I will not close the churches. We want them to spread the gospel of obeying rules and regulations. I will initiate talks with them because we must be reasonable and accommodate each other in the city," the governor announced on Thursday, December 1.

Sakaja had previously ordered the revocation of all licences of nightclubs in residential areas within Nairobi. The Nairobi County chief stated that he was determined to reinstate tranquillity in the city by protecting residents from noise pollution.