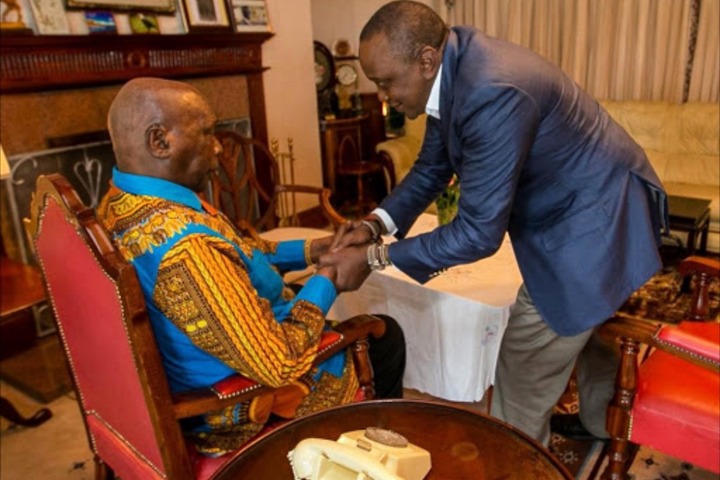 A Clergyman identified as Bishop Yego who was the head of a Church that the late President Daniel Moi attended has finally spoken, revealing the some of the secrets about Moi that was little known by Kenyans.

The Man of God who was speaking during an interview with the Standard Magazine says that Moi was a very good Christian who respected the Church and even denied when He was called to address people in Church. He instead said that the house of God is a very Holy place that He didn't want to speak Politics from.

He also added that Moi did not carry His Bludgeon which is identified as 'Rungu' into the Church on Sundays and instead carried a Bible. Yego said that one day He even went to New York in America and found a letter in the Archives where Moi had written to a White Man with the statement "I have chosen to follow Jesus forever until I die."

"Moi was a dedicated Christian who did not mix the word of God with worldly things at all. When He was called on the pulpit to greet People in the Church, He would decline the offer, and advised to talk to the people outside the Church. He did not carry His Bludgeon to Church on Sunday but replaced it with his Bible. He started knowing God when He was 14 years. I even went to New York one day and found a letter where He told a White man that He will know Jesus untill His death. "Bishop Yego stated.

Speaking of the current shambles in Politics, He warned that the Country is at a very bad state right now and God will be the one to decide who becomes the president, and whoever He chooses will clinch the top seat at last. 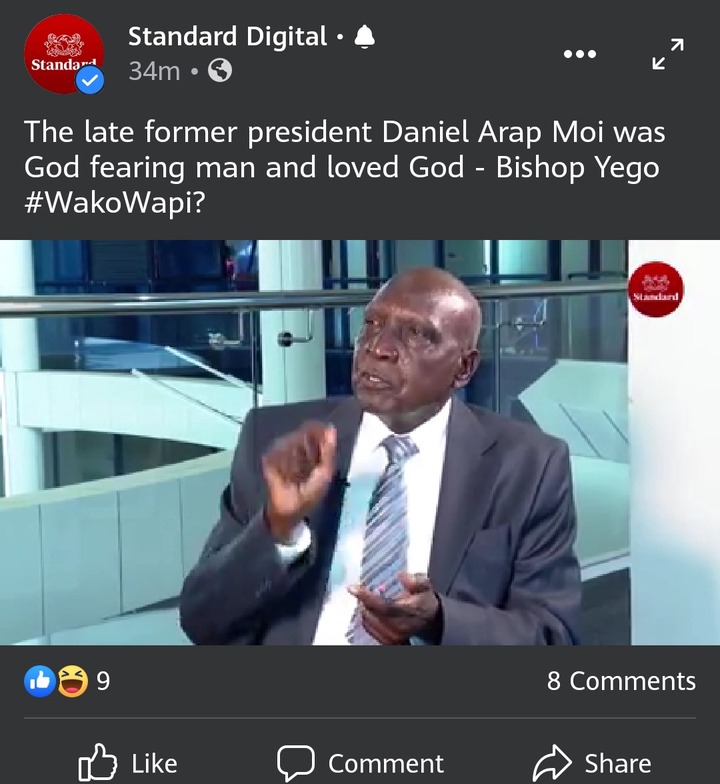 He However criticized Politicians for allegedly organizing campaigns so that they can get platforms to attack each other instead of bringing Kenyans together. Yego added that we must embrace democracy and allow the law take it's path to bring Kenyans together and have peaceful elections.

"The way our Politics is going is not good at all and we need intervention from above. These politicians should know that there is God will have the final say and decide who will become the head of State. The only good things is for Kenyans to come together and speak good politics. We should ask for votes in a more democratic way. I Highly criticize the way some politicians are organizing Campaigns to attack each other rather than promoting peace. "He added.

The Bishop who has been in the line of the profession for decades was one of President Moi's Close allies and confidants who has since lived to tell the stories by Moi who ruled for long and even contributed to the growth of the church.

He was also reacting following the current situation where the political class are seeking to use the poor as a tool for politics and voting in the Country.