A Secret Call Recorded Between Pop And One Of His Cardinal

Secret recorded phone call between pop Francis and one of his cardinals has been released by the authority handling the case of the Catholic Cardinal Angelo Becciu.

Cardinal Angelo Becciu was taken to Court because of some money laundry issues,the cardinal was fired by the Pop in 2020 September and denied some of his rights as a Catholic Cardinal. 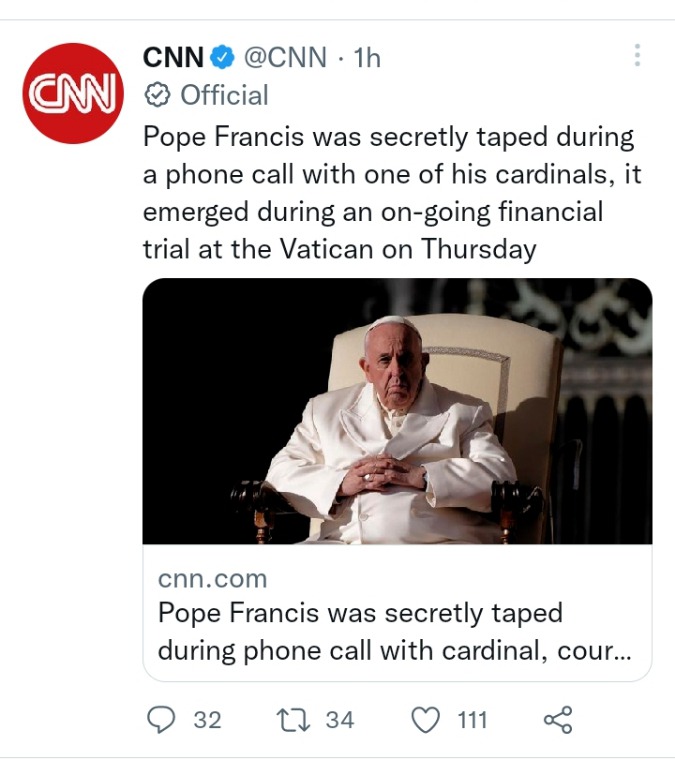 On Thursday evening a recorded phone call was released ,where the cardinal was pleading with the pop to accept that he authorized the transactions of the money so that the case he is having in the court of Vatican can end. 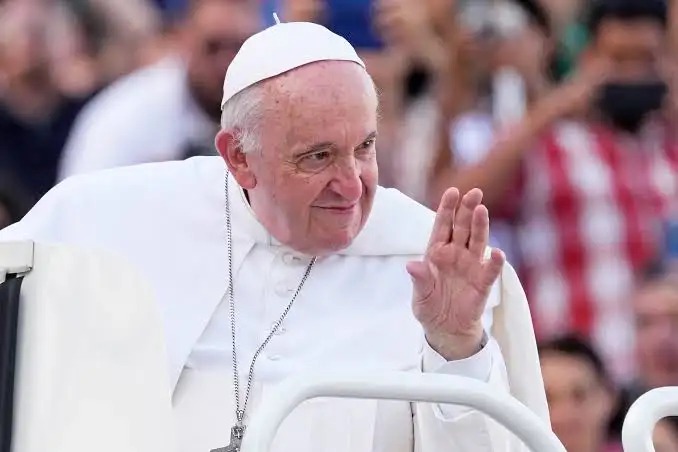 This record was done by a third party which was with the cardinal while on a call inside his room.

According to catholic,and under Vatican law, a Pop is not allowed to be called a witness in any trial in a court of law but the cardinal is still insisting that all the transactions he made were approved by the Pop. So let's wait and see how it. Will end.