Joy has Painfully narrated how she converted to a Muslim after her pastor who she had trusted raped her.He raped her when she was only 16 years old.She hated the pastor and the church. This made her to Convert without informing her family members.

Joy was born in Meru but later her parents relocated to Mombasa where she was raised and schooled. She grew up in a Christian family until when she was in form two when circumstances forced her to Convert to a Muslim.According to the reports given by her,she used to attend a certain church near their home.

Their pastor had a family in Nairobi but the family would go to Mombasa and sometimes the pastor would take joy to Nairobi to spend time with his children. The pastor would visit their home frequently. When the school were closed he suggested that he would take her to his home in Nairobi.

Since her parents trusted the pastor she agreed to go with him.The day came,he drove from Mombasa but after a traveling for an hour he stopped. He kissed her fore head and went out to buy water.After coming back he touched her breast when giving her water. 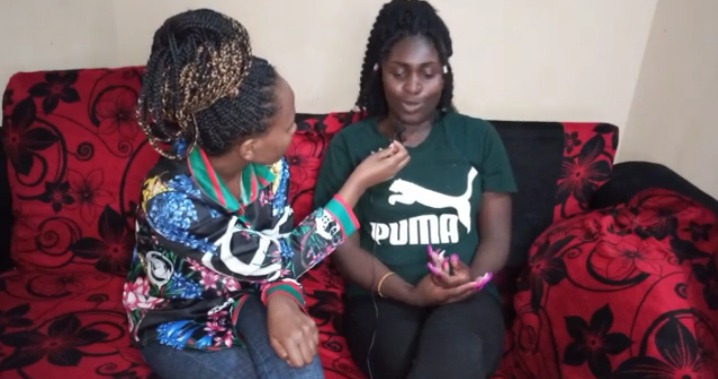 She asked him the meaning of that but he said it was by mistake. He drove and arrived in Nairobi safely but instead of him taking her to Githurai where his family was staying, he drove to Haiti where he had built his house.He said he was going to pick a staff but he dragged her inside his house.

He threatened to kill her if she disclosed what had happened to anyone. It was painful since it was her first time.She didn't disclose to anyone. After going back to Mombasa she converted to a Muslim her parents came to know of a religion recently.