12 Reasons Why Jesus Meant It When He Said, “It Is Finished”

By Health.tips.com (self meida writer) | 25 days 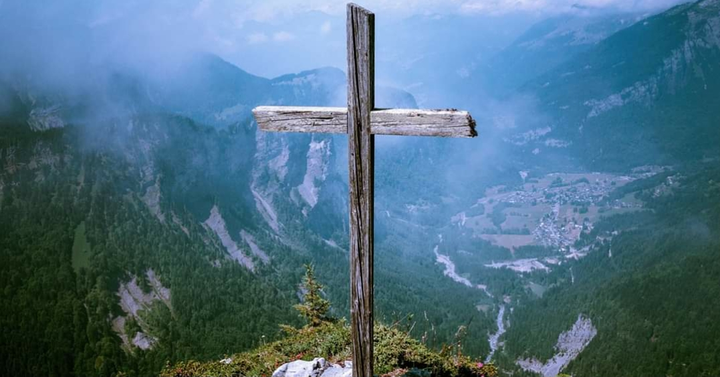 Christians should never think their works contribute to their justification or salvation in any way. Thankfully, here are twelve reasons why Jesus meant it when he said, “It is finished” (John 19:30).

1. Jesus—being true God and true human—was the perfect, once for all sacrifice for sin.

And the Word became flesh and dwelt among us, and we have seen his glory, glory as of the only Son from the Father, full of grace and truth. (John 1:14)

For Christ has entered, not into holy places made with hands, which are copies of the true things, but into heaven itself, now to appear in the presence of God on our behalf.

Nor was it to offer himself repeatedly, as the high priest enters the holy places every year with blood not his own, for then he would have had to suffer repeatedly since the foundation of the world. But as it is, he has appeared once for all at the end of the ages to put away sin by the sacrifice of himself. (Hebrews 9:24-26)

2. Only Jesus kept the law fully—he was the true Son of Israel who loved God and his neighbor perfectly.

For our sake he made him to be sin who knew no sin, so that in him we might become the righteousness of God. (2 Corinthians 5:21)

For we do not have a high priest who is unable to sympathize with our weaknesses, but one who in every respect has been tempted as we are, yet without sin. (Hebrews 4:15)

3. There is nothing we can add to Jesus’ finished work on our behalf.

He has no need, like those high priests, to offer sacrifices daily, first for his own sins and then for those of the people, since he did this once for all when he offered up himself. (Hebrews 7:27)

But when Christ had offered for all time a single sacrifice for sins, he sat down at the right hand of God. (Hebrews 10:12)

"So you also, when you have done all that you were commanded, say, 'We are unworthy servants; we have only done what was our duty.'" (Luke 17:10)

4. Salvation is God’s gift to us—and so is our faith.

For by grace you have been saved through faith. And this is not your own doing; it is the gift of God, not a result of works, so that no one may boast. (Ephesians 2:8-9)

5. We could not keep the law perfectly because of our sin.

For all have sinned and fall short of the glory of God. (Romans 3:23)

For God has done what the law, weakened by the flesh, could not do. By sending his own Son in the likeness of sinful flesh and for sin, he condemned sin in the flesh, in order that the righteous requirement of the law might be fulfilled in us, who walk not according to the flesh but according to the Spirit. (Romans 8:3-4)

6. Any necessary works of ours would nullify the grace of God.

But if it is by grace, it is no longer on the basis of works; otherwise grace would no longer be grace. (Romans 11:6)

I do not nullify the grace of God, for if righteousness were through the law, then Christ died for no purpose. (Galatians 2:21)

7. It is Jesus’ obedience that saves us, not our own.

Now it is evident that no one is justified before God by the law, for “The righteous shall live by faith.” (Galatians 3:11)

8. Jesus paid our debts in full.

And you, who were dead in your trespasses and the uncircumcision of your flesh, God made alive together with him, having forgiven us all our trespasses by canceling the record of debt that stood against us with its legal demands. This he set aside, nailing it to the cross. (Colossians 2:13-14)

9. All believers stand justified before God in Jesus Christ alone.

And to the one who does not work but believes in him who justifies the ungodly, his faith is counted as righteousness. (Romans 4:5)

Therefore, since we have been justified by faith, we have peace with God through our Lord Jesus Christ. Through him we have also obtained access by faith into this grace in which we stand, and we rejoice in hope of the glory of God. (Romans 5:1-2)

I have been crucified with Christ. It is no longer I who live, but Christ who lives in me. And the life I now live in the flesh I live by faith in the Son of God, who loved me and gave himself for me. (Galatians 2:20)

 10. Believers are free from condemnation forever.

And I am sure of this, that he who began a good work in you will bring it to completion at the day of Jesus Christ. (Philippians 1:6)

For by a single offering he has perfected for all time those who are being sanctified. (Hebrews 10:14)

11. Our fruit is evidence of the Holy Spirit’s work in our lives, not our own faithfulness.

Abide in me, and I in you. As the branch cannot bear fruit by itself, unless it abides in the vine, neither can you, unless you abide in me. I am the vine; you are the branches. Whoever abides in me and I in him, he it is that bears much fruit, for apart from me you can do nothing. (John 15:4-5)

And not only the creation, but we ourselves, who have the firstfruits of the Spirit, groan inwardly as we wait eagerly for adoption as sons, the redemption of our bodies….For those whom he foreknew he also predestined to be conformed to the image of his Son, in order that he might be the firstborn among many brothers. (Romans 8:23, 29)

But someone will say, “You have faith and I have works.” Show me your faith apart from your works, and I will show you my faith by my works. (James 2:18)

12. God has promised to justify—and glorify—every person he has predestined and called.

And we all, with unveiled face, beholding the glory of the Lord, are being transformed into the same image from one degree of glory to another. For this comes from the Lord who is the Spirit. (2 Corinthians 3:18)