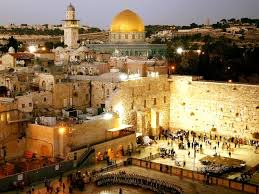 This Isreal and Hamas conflict seems to have no end in sight. We were born hearing about it, we are now in our 30s and forties, and apparently, we will die leaving it still boiling over.

Another thing you need to know is this, this conflict was not started by Netanyahu. It was started by Moses according to (Exodus.23:23) for it is written:

"...For my angel will go before you and bring you into the land of the...Jesbusites..."

"...Judah could not dislodge the Jesbusites, who were living in Jerusalem; to this day the Jesbusites live there with the people of Judah..."

And it was established by David according to (2Samuel.5:6-7) for it is written:

"...The king and his men marched to Jerusalem to attack the Jesbusites who lived there...David captured the fortress of Zion, the city of David..."

Now, this last verse is what Netanyahu has been fighting and will fight and his successors with fight until Jesus comes back. Why so?

Because of one simple fact. Judah could not do the will of God as written in (Josh.15:63) for it is written:

"...Judah could not dislodge the Jesbusites..."

"...They will cause you to sin against me, because the worship of their gods will certainly be a snare to you..."

The Jesbusites and Palestinians are demanding Jerusalem to be divided into two, Isn't that the case why we have the Al aqsa Mosque for Muslims, very magnificent, while at the same place we only have the wall of the Solomon's Temple in ruins.

What do we expect? Their god (dagon) is reigning and waging war that seems to never end.

But this is the truth, God has proved to be in control. The bible says that in the end, Jerusalem will belong to God and his tribe (The Israelites), alone, according to (1Kings11:32) for it is written:

"...Bur for the sake of my servant David and the city of Jerusalem, which I have chosen out of all tribes of Israel, he will have one tribe..."

Which tribe? Trust me, it is Israel. The current ones. This has started to take shape with American Embassy moved from Tel Aviv to Jerusalem.

Watch this space, the Al aqsa Mosque will soon be history and in its place the 3rd Temple with is Splander. And the name of God will be feared and revered throughout the earth. 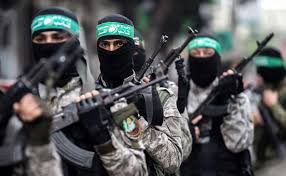 Dear Men, Here Are The Simplest Methods To Eradicate Owful Smell From Your Shoes And Sox