9 Birds Mentioned In The Bible And Their Hidden Meaning?

By Jobwanjala (self media writer) | 16 days ago

Have you ever wondered why so many different kinds of birds are mentioned throughout the Bible? Birds are very important to God. They were created on the fifth day, and man was not created until the sixth day. Therefore, birds have been on the earth longer than man. 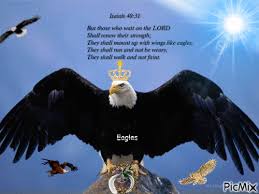 God created different kinds of birds for a purpose just as He created humans for a purpose. Birds symbolize strength, hope, oracles, or omens. Birds are mentioned in poems, songs, and ancient mythologies. 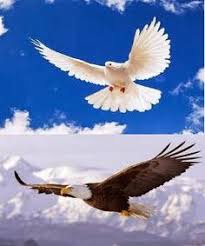 Birds are not in the Bible to take up space. Every time a bird is mentioned, it is there to symbolize something important. We miss the mark when we read about a bird and fail to take time to think about why it's there in that particular passage. They are mentioned to illustrate some deeper meaning. Consider the birds of the Bible as messengers with life applications for every one of us.

Let's look at some of the birds in the Bible and understand what God is saying to us through His winged creatures. 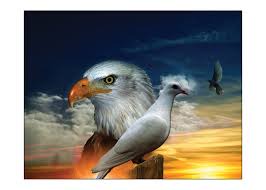 Birds in the Bible

In Matthew 23:37, Jesus compares Himself to a mother hen who gathers her chicks under her wings to protect them.

A rooster crowing three times signified Peter’s betrayal of Jesus, according to Matthew 26:31–35. 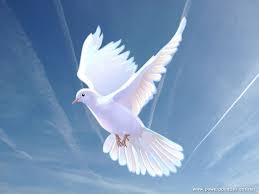 Doves are mentioned many times in the Bible. Sometimes it is the actual white bird, and at other times it is "something like a dove." All four gospels mention that "the Spirit of God descended descend on Jesus like a dove" (Matthew 3:16, Mark 1:10, Luke 3:22, and John 1:32). 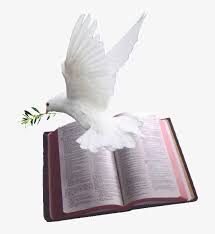 It was the actual bird in Genesis 8:11. The raven did not return after Noah sent it out to determine if the water had receded from the earth. Then Noah sent out a dove that came back with an olive branch in its beak. That indicated water had left the earth.

The dove is a symbol in the Bible of the Holy Spirit and peace. The dove comes as a messenger. 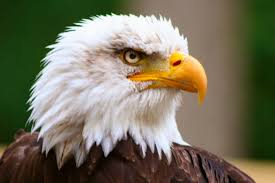 Eagles symbolize freedom, power, and strength. They are one of the most mentioned birds in the Bible. In Psalm 103:5, God says He will renew our youth “like the eagles.” Isaiah 40:31 echoes something similar by saying: "But they that wait upon the Lord shall renew their strength; they shall walk, and not faint." 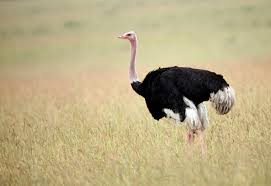 Ostriches were more prominent in Bible times than they are today. Instead, the sun would incubate them, according to Job 39:13-18.

The king of Israel hunted a partridge in the mountains, according to 1 Samuel 26:20. 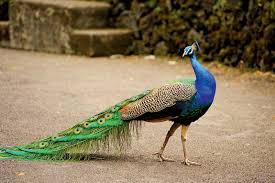 The beautiful peacock we know today with its fine plumage is mentioned in 1 Kings 10:22 and 2 Chronicles 9:21.

Mary and Joseph offered a pigeon when they took Jesus to the temple to be dedicated. God heard their grumbling and sent quails for them to eat (Exodus 16:11). “A wind went out from the Lord and drove quail in from the sea” (Numbers 11:31) and that the birds were plentiful. The people were so greedy that some of them died while the birds were still in their mouths.

The first bird Noah sent out was a raven to check to see if the water had receded from the earth after the flood (Genesis 8:6-7). The raven did not return.

According to Leviticus 11:15 and Deuteronomy 14:14, ravens are forbidden for food.

In I Kings 17:4-6, God commands the ravens to feed the prophet Elijah by the Kerith brook.

King Solomon is described as having hair as black as a raven in the Song of Songs 5:11.

According to Psalm 147:9 and Job 38:41, ravens are examples of God's gracious provision for all His creatures.

According to Luke 12:24, ravens are used by Jesus as an illustration of God's provisions.

In Matthew 10:29-31, Jesus asks the question: "Are not two sparrows sold for a penny? Jesus uses the tiny sparrows to illustrate how valuable we are to God.

As you have read, birds are important to God. Jesus asks us to "consider the birds of the air" because they don't worry about what they will eat or drink (Matthew 6:26). We are not birds, but if God takes care of His winged creatures, surely He takes care of us by providing food and other necessities for our lives.

Now that you know more about birds of the Bible, become a bird watcher and every time you see one, give God glory for His winged creatures. Also, remember what that particular bird might be symbolizing in your life at that time.