By Mumbilizzie (self media writer) | 23 days ago 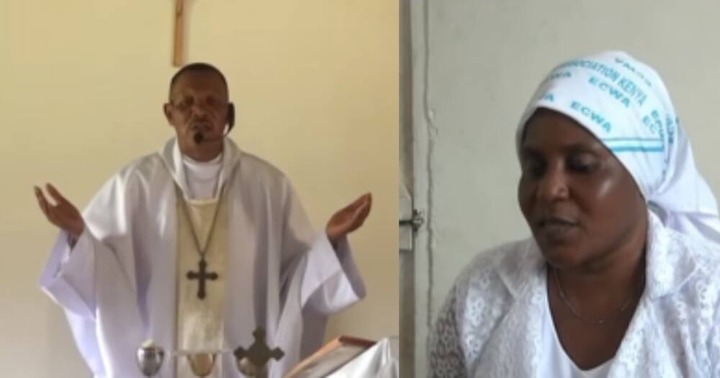 Catholic priests commit themselves to the celibacy law where one is instructed to remain single and unmarried for the rest of his life.

Nowadays, some catholic priests in Kenya have broken this law where they marry and have children.

Peter Njogu a catholic priest then, went for a trip to Rome where he met a lady and his heart fell for her. Despite him being guided by the celibacy law, he decided that he wanted to marry her. When he returned to Kenya, he sought advice from his mates who are also priests.

To his surprise, his mates confessed that they have wives and children but keeps it a secret.

Mr. Njogu did not want to keep his marriage a secret. He was excommunicated from the church so he decided to establish his own, The Renewed Universal Catholic Church. This church is in everyway catholic except that it gives priests optional celibacy.

Njogu says that this church not only gives priests a chance to marry but also eliminates sin in the catholic church by giving them a chance to live a pure life without pretense.

Bishop Njogu has also ordained new priests into this church.

Another Roman Catholic Bishop Godfrey Siundu also decided to break the law, 15 years ago when he decided to marry a nun saying that he was directed by the Holy Spirit to do so.

The father of three daughters left the Roman Catholic church and started his own reformed catholic church, The Ecumenical Catholic Church of Christ. Atleast 50 Bishops have followed his steps.

Content created and supplied by: Mumbilizzie (via Opera News )