What Rigathi Gachagua Told Raila Today While At Church Service In University of Embu, Embu County

DP Rigathi Gachagua fires at Raila Odinga today while at a church service in Embu County. 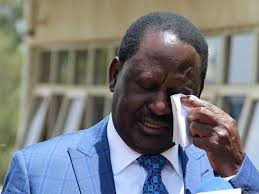 Today president William Ruto and his strong Allies attended a church service at University of Embu in Embu County. The president was in the company of his deputy Rigathi Gachagua, Meru governor Kawira Mwangaza, former Nairobi governor Evans Kidero, Attorney General Justin Muturi among others.

While addressing the congregation at the church this morning, the deputy president Rigathi Gachagua got an opportunity to fire back at Nairobi Odinga over his plan to stage demos. Gachagua said that if Raila hold those demonstration for how many years, there will be no handshake.''Hata kama Raila atafanya maandamano morning to evening, Monday to Monday, year after year, there will be no handshake in Ruto’s govt.Handshake was the worst thing that happened in Kenya, the economic mess we are having today is a result of the handshake." DP Gachagua said 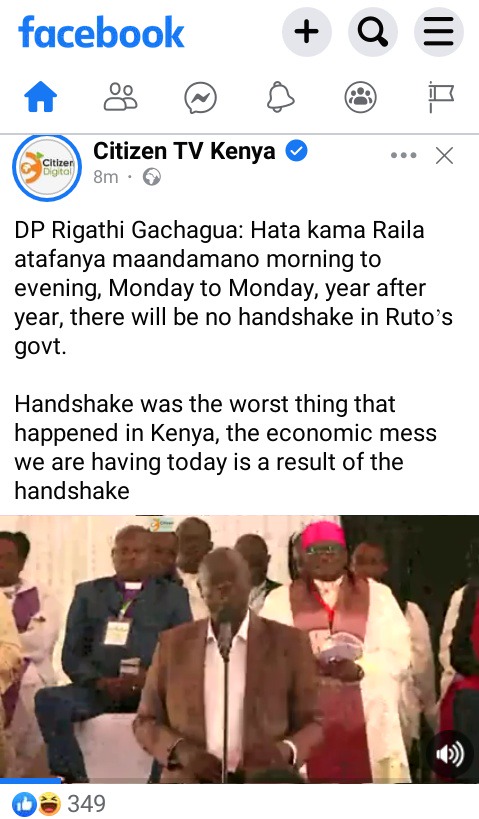 The deputy president claimed that the handshake between Uhuru Kenyatta and Raila Odinga really messed the economy of this country and they can't allow that in the current administration. He further said that Raila should not claim that his election was stolen since he had the system and deepstate on his side.

Gachagua also told William Ruto that the people of Mt Kenya are true friends of him after standing in him while they were being harassed by the previous regime so that they stop supporting him.