President William Ruto has been away from the country, the head of state has spent some days in South Korea and the president has concluded his foreign tours back in the country and attended a church service today in Nairobi.

The president has said that while he was in South Korea, he received a great revelation that 30 years ago, Kenya used to lend money to South Korea but now South Korea is the world's 10th economy. Ruto went on to say that this was not by might or power but the spirit of God hence asking Kenyans to trust God. 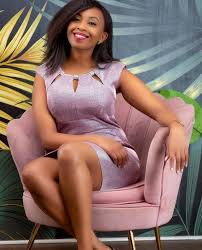 Pauline Njoroge has come out guns blazing at the president alleging that he told a lie today in church that has not been heard in a while. That 30 years ago, Kenya was lending money to South Korea but currently is vice versa.

Pauline Njoroge says that 30 years ago (1992) the GDP of South Korea was 355 Billion USD and they were manufacturing Daewoo and Musso cars and at the same time they were developing and exporting Samsung TV. Pauline says that in the same year, YK92 which Ruto was then part of decided to print money unprocedural leading to high inflation, and the Kenyan economy at that time was 8 Billion USD. She asks how possible that Kenya was lending money to South Korea. 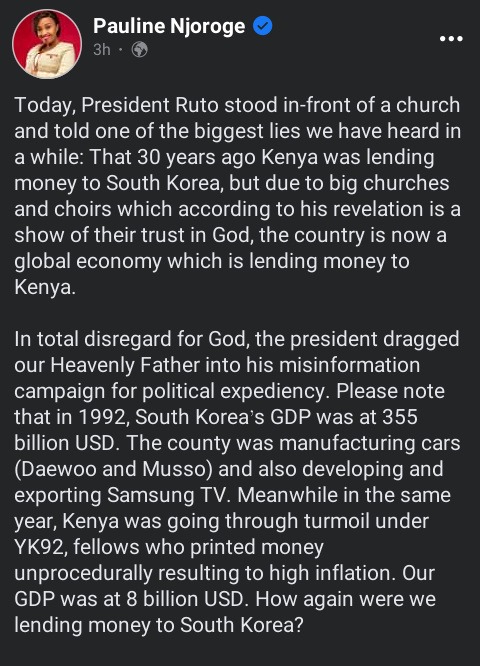