The New Heaven And The New Earth

By KipkorirNixon (self media writer) | 1 year ago 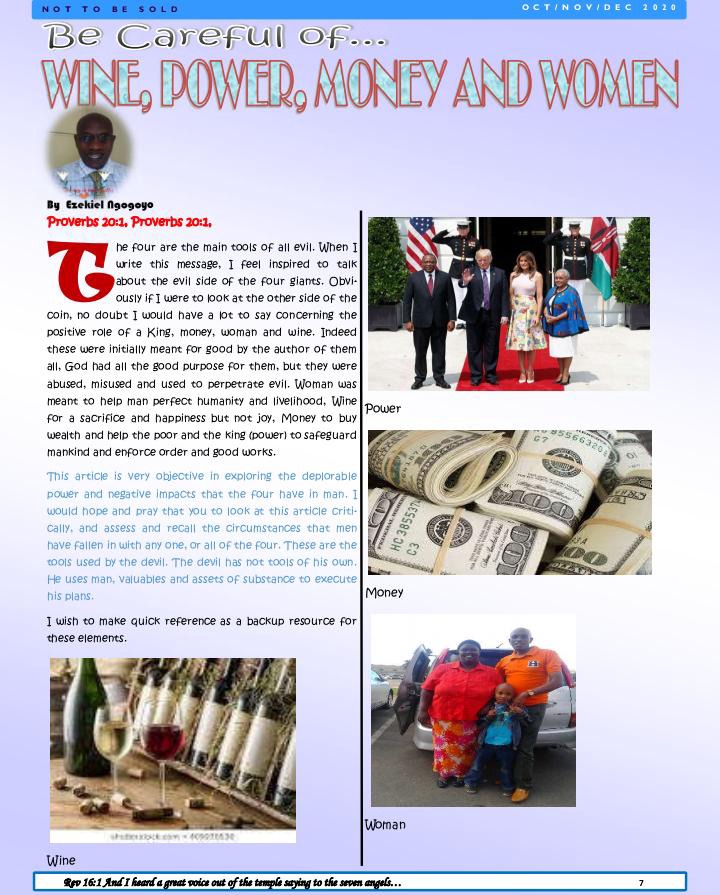 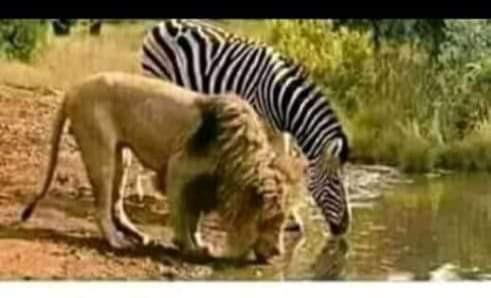 We are living in a world of uncertainties. Most are not happy with their lives while others are full of desperation. The aforementioned is as a result of the increase in wickedness and evil in the world. It is unfortunate that most are still seeking solace in the worldly materials. They pursue material things, expecting that they would receive the much needed peace and happiness from the same. The prince of this world has blinded them as attested by the Scriptures, he still have powers to blind them.

Ephesians 2:2" Wherein in time past ye walked according to the course of this world, according to the prince of the power of the air, the spirit that now worketh in the children of disobedience''.

Nevertheless there is a remedy to the issue. Elohim knew we would have the challenges of facing the evil one in this world and hence he sent Messiah to give us solace in him. In the most recited verse, John 3:16,we get to know of Elohim's love towards us. He gave his only begotten son, so as to have life eternally, if we accept his Son. The evil one also know the same since as attested by his engagement with Messiah after Messiah's baptism he is conversant with the Scriptures and precisely with the promises therein. Messiah assures his followers victory over the evil one in the world as affirmed by John 16:33.

John 16:33''These things I have spoken unto you, that in me ye might have peace. In the world ye shall have tribulation :but be of good cheer: I have overcome the world''.

The foregoing promise is if we abide by Messiah. Messiah became our pioneer in overcoming the world and he promises to help us overcome as affirmed in Hebrew 12:2 harmonized with John 15:7…

Hebrews 12:2 Looking unto Yahshua the author and finisher of our faith; who for the joy that was set before him endured the cross, despising the shame, and is set down at the right hand of the throne of Elohim.

John 15:7 If ye abide in me, and my words abide in you, ye shall ask what ye will, and it shall be done unto you.

There are still pain, sorrow and challenges to Messiah's followers since the earth is still at the power of the prince of the air. Nevertheless, we still look forward to the cleansing of the earth in totality. It's unfortunate that most Christians when reading the bible, they don't understand Elohim's plan for the earth.Prophet Isaiah inputs about the earth and states '' The Earth was created to be inhabitated''(Isaiah 45:18).In the aforementioned verse, it is very clear that Elohim's purpose for the earth was the earth to be inhabitated. Meaning he had good plans for his people and also to make earth inhabitable. It is the Devil our adversary who brought defilement in the earth and hence the pain, sorrow and challenges in the world. Elohim's mercy brings us back to his initial plan of an inhabitable earth through his Son. So that Whoever believe in him can be accepted in the New earth, where there is no defilement.

The promise to the meek by Messiah was that they would inherit earth as attested by Mathew 5:5.

Matthew 5:5 Blessed are the meek: for they shall inherit the earth.

Meaning there is a time when the earth will become the possession of the meek. In the current earth only the strong, wicked, arrogant and men full of all vices who posses the earth. The Almighty's law is the virtue to the new earth as affirmed by the Revelator in Revelation 22:14.

Revelation 22:14 Blessed are they that do his commandments, that they may have right to the tree of life, and may enter in through the gates into the city.

Meaning every individual has the prerogative for choosing to be or not to be in the new earth. Satan being conversant with the foregoing has always been persecuting the Law keepers, so as to suppress their pursuance of entry to the new earth as affirmed by Revelation 12:17

Revelation 12:17 And the dragon was wroth with the woman, and went to make war with the remnant of her seed, which keep the commandments of Elohim , and have the testimony of Yahshua Messiah .

Our pioneer Messiah overcame the current earth and is in the right hand of Elohim. He promises the same to us as outlined in Revelation 3:21.

Revelation 3:21 To him that overcometh will I grant to sit with me in my throne, even as I also overcame, and am set down with my Father in his throne.

The prophets had foreseen the new earth as one of them affirms in Isaiah 65:17

.Isaiah 65:17''For, behold I create a new heavens and a new earth: and the former shall not be remembered, nor come to mind''.

As attested in the aforementioned, we shall have no sorrow or pain caused to us by our persecutors in the New earth as they do in the current earth.

When Paul engaged on the issue of the joy that would be given in the New earth, he stated ''But it is written, Eye hath not seen, nor ear heard, neither have entered into the heart of man, the things Elohim hath prepared for them that love him''(1st Corinthians 2:9).

Meaning we have nothing in this world that we can compare with what awaits the overcomers. Our pain and sorrow caused by the Devil in the current earth will be forgotten completely, if we remain undefiled and pursue Messiah despite the setbacks caused by our adversary the Devil. Finally if we defeat the devil we shall forever be happy in the new earth.

May Elohim help us overcome and be accepted in the new earth.

Content created and supplied by: KipkorirNixon (via Opera News )

RAILA: Youths Of Nowadays Don't Want To Be Told History They Need To Learn About Nyayo House Chamber

3 Lesser-Known Tips for a Positive Relationship

5 Ways to Make Your Partner Your Best Friend